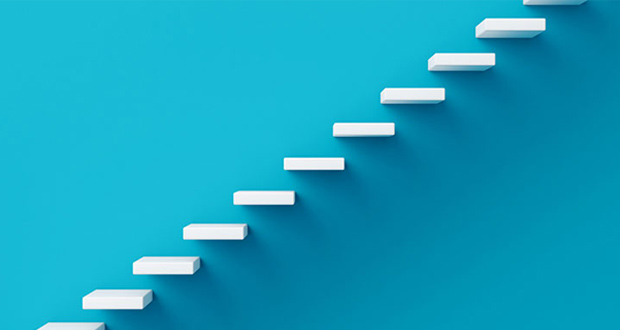 The Prophet (sall Allāhu ʿalayhi wa sallam) said, “Allāh said, “I have prepared for My righteous slaves (such excellent things) as no eye has ever seen, nor an ear has ever heard nor a human heart can ever think of.'”[1][1]

As Muslims, our ultimate goal is to enter Jannah (paradise) which can be attained through striving in this life. This world is a place of striving and the hereafter is a place of either recompense or punishment. Allāh (subḥānahu wa taʿālā) tests his slaves with trials, tribulations and calamities in order to differentiate the Mūʿmin (believer) from the Kāfir (disbeliever).

“This is the first strong note made in the sūrah, given in the form of a rhetorical question about people’s concept of faith. They often imagine that it is merely a word they utter: “Do people think that once they say: ‘We are believers’, they will be left alone?”

Belief is not a mere word we say; it is a reality that imposes duties, a trust that carries requirements and a struggle that demands patience and perseverance. It is not enough that people should claim to believe. When they make this claim they are not left alone. They are subjected to tests so as to prove their sincerity and true mettle, just as gold is tested with fire so as to separate it from any cheap elements. The Arabic word used here for test derives from the root fitnah, which imparts exactly this sense of being subjected to a test with all that this implies. Such tests to prove people’s belief is a general and long established rule:

God certainly knows what people harbour in their hearts before any test, but the test reveals, in practice, what is known to God, yet hidden from human knowledge. He thus makes people accountable for what they actually do, not for what He knows of their reality. This is, in one sense, an act of grace; while in another it is an act of justice. At the same time, it sets an edifying example for people so that they do not hold anyone accountable for anything other than what is clearly apparent of their deeds and what such deeds entail. They should remember that they cannot know what is in another’s heart; only God knows that.”[4]

We all say that we want to enter Jannah, however do we genuinely take the steps to attain this honourable state? There are a number of ways to attain Jannah through pleasing our Creator, subḥānahu wa taʿālā.

The following are some beautiful ḥadīths that we should read, memorise and most importantly act upon. These narrations display the many different ways or good deeds that one can carry out in order to enter Jannah.

1 – Whoever meets Allāh without ascribing anything to Him will enter Jannah.[5]

2 – Whoever believes (has īmān) in Allāh and His Messenger (sall Allāhu ʿalayhi wa sallam), and establishes the prayer and fasts the month of Ramaḍān, it is incumbent upon Allāh that He enters him in Jannah.[6]

3 – Whoever builds a masjid seeking by it the Pleasure of Allāh, Allāh will build for him a similar place in Jannah.[7]

4 – Whoever prays the two cool prayers (ʿAsr and Fajr) will enter Jannah.[8]

5 – Whoever goes to the masjid (every) morning and in the afternoon (for the congregational prayer), Allāh will prepare for him an honourable place in Jannah with good hospitality for (his) every morning and afternoon goings.[9]

8 – Whoever treads a path in search of knowledge, Allāh will make easy for him the path to Jannah.[12]

9 – Whoever repeats after the mu’adhdhin from his heart (i.e. sincerely) will enter Jannah.[13]

10 – There is not one of you who perfects his wuḍū’ and prays two rakaʿat setting about them with his heart as well as his face except that Jannah would be mandatory for him.[14]

11 – Whoever says: “I am pleased with Allāh as my Rabb, and with Islām as my Dīn, and with Muḥammad (sall Allāhu ʿalayhi wa sallam) as my Prophet, Jannah would be mandatory for him.[15]

13 – Whoever says “SubḥānAllāh al-ʿAdhīm wa biḤamdihi, Glorified and Exalted is Allāh, The Great, and with His Praise”, a date-palm will planted for him in Jannah.[17]

14 – Whoever dies and is free from three: arrogance, grudges and debt will enter Jannah.[18]

16 – Whoever calls the adhān for 12 years, Jannah will become mandatory for him.[20]

17 – Whoever asks Allāh for Jannah three times, Jannah will say: “O Allāh, enter him into Jannah.”[21]

18 – Whoever visits an ailing person or a brother of his to seek the Pleasure of Allāh, an announcer (angel) calls out: ‘May you be happy, may your walking be blessed, and may you be awarded a dignified position in Jannah.’[22]

21 – O people, spread the salām (greetings), feed the hungry, and pray while the people are asleep, you will enter Jannah in peace.[25]

22 – (The performance of) ʿUmrah is an expiation for the sins committed between it and the previous ʿUmrah; and the reward of Ḥajj Mabrūr (i.e. one accepted) is nothing but Jannah.[26]

23 – Allāh has ninety-nine names, one hundred minus one, and whoever believes in their meanings and acts accordingly, will enter Jannah.[27]

24 – I saw a man going about in Jannah (and enjoying himself) as a reward for cutting from the middle of the road, a tree which was causing inconvenience to the Muslims.[28]

25 – O Allāh, You are my Lord, none has the right to be worshipped except You, You created me and I am You servant and I abide to Your covenant and promise as best I can, I take refuge in You from the evil of which I committed. I acknowledge Your favour upon me and I acknowledge my sin, so forgive me, for verily none can forgive sin except You. “If somebody recites this invocation during the day, and if he should die then, he will be from the people of Jannah. And if he recites it in the night, and if he should die on the same day, he will be from the people of Jannah.”[29]

We ask that Allāh (subḥānahu wa taʿālā) grants us all Jannat al-Firdaus and that He forgives us for our shortcomings.