Can there be any reward better than Jannah? 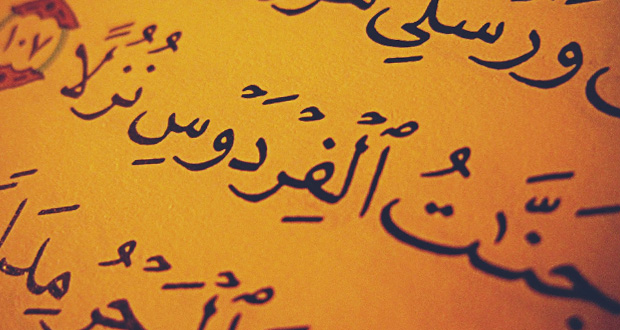 The ‘purpose of existence’ is one of the greatest challenges to mankind. However, not so for Muslims, as Allāh states quite explicitly and unambiguously the purpose of our existence in the Glorious Qu’rān:

“I did not create the Jinn and mankind except to worship Me.” [1]

As our Creator, Allāh not only asks us to worship Him but He moreover establishes consequences for this. Allāh, the Almighty, created Heaven and Hell as just rewards for either following or disregarding His commands. The reward for obedience is an abode of such magnificence that no eyes have seen, no ears have heard and no heart could ever have imagined. Similarly, the punishment is, in contrast, the opposite extreme.

Is there more than ‘just’ Jannah for the believers?

Allāh himself refers to something more that awaits the believers as the ‘ziyadah’:

“For those who do good there is the best reward, and something more.” [2]

This something ‘more’ is the real essence of ‘why’ we worship. ‘Why’ we pray five times a day, ‘why’ we fast in the month of Ramaḍān, and ‘why’ we follow the tenets of Islām with vigour and enthusiasm.

There is a similitude in the ‘more’ with that of a mother. A mother nurtures her child to behave in accordance with the family values and that which encourages the child to become a good person. The mother’s encouragement in the form of rewards and punishment reinforces this behaviour. For the child rewards they receive are not the ultimate reason ‘why’ they display the required behaviour. The ultimate reason is the happiness of the mother. Any reward would be worthless without the mother’s pleasure and the comfort of her company.

Similarly, the ‘more’ promised by Almighty Allāh is something that makes all other rewards pale into insignificance. It is the ultimate honour that could be bestowed upon the creation: Allāh’s infinite pleasure and the ability for the creation to see the One Supreme Power, the King of Kings, the Most High and the Most Gracious, Allāh himself, and to be in His company. What greater reward can there be than for the creation to see their Creator and to be in His esteemed company? Similarly, what punishment can be worse than being barred from the vision of one’s supreme Creator?

An audience with a king of the Dunya is near impossible. No amount of servitude, gratitude, or even begging and pleading would enable an individual to meet with their respective King or Queen. For their ‘Highness’, a meeting with someone so ‘lowly’ is far too demeaning. However, not so for the King of Kings, for whom status, grandeur and hierarchy have no relevance.

It is said that ‘seeing is believing’, however the essence of true faith is believing before you can see. Imagine casting your own humble eyes on your Beloved, your Creator, your Sustainer, your Cherisher, the one in whom you believed without seeing, the one in whom you confided your innermost faults, the One, the Only, the Self-sustaining, the one with the most beautiful names and attributes, Allāh Azza wa jalla? SubḥānAllāh.

Allāh will also proclaim to the inhabitants of Jannah “I will grant you My pleasure and will never ever be angry with you.” [3] This is, without doubt, the ultimate reward from a Lord Most Compassionate.

Next time you contemplate or ponder over the reason for your creation, remember we follow our faith and worship our Creator so that, one day, the Lord of the Heavens and the Earth will reveal His noble, gracious and most beautiful Self to us and will never be displeased with us. What greater reward can there be than that?

No joy before or after, can compare with that of beholding You;

My being, thinking, worship and even seeing is all because of You;

With Ramaḍān almost over, let us prepare to worship our Lord as though we see Him, because though we do not see Him, He sees us.

May Allāh make us all of the inhabitants of Jannah, and may Allāh grant us the most supreme of all favours, so that we can be one of the blessed souls with whom He is infinitely pleased, and who are able to set their humble eyes on their most Majestic Creator.