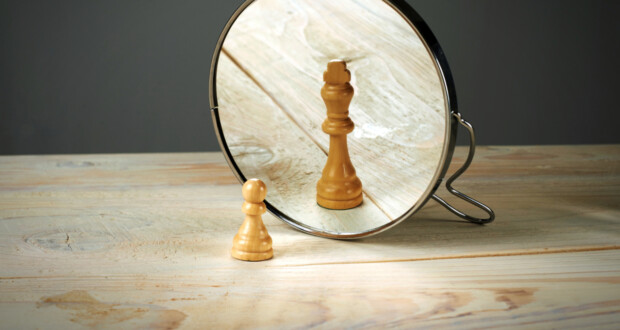 In the Name of Allāh, The Merciful, The Compassionate

It has been an unusual Ramadan this year – an unusual Eid even. A time to celebrate with our loved ones has been restricted by an invisible yet deadly enemy. During the past weeks and months, it has claimed many lives. There is hardly any one of us who does not know of someone affected by it; such is its potency to move around stealthily. Governments and health officials scramble to try and present a solution.

Yet this enemy is reminiscent of a deadlier one that has been within us from the creation of our great-grandfather Ādam, peace be upon him. It has been around for so long that many of us have forgotten about it. This is the enemy within, the nafs, sometimes translated as ‘the lower self’. It is this self, the ego, that has wrought so much havoc to this fragile planet of ours. Wars, bloodshed, broken marriages and relationships, environmental devastation, and more – the list goes on forever. Yet in a strange twist of irony, coronavirus seems to have slowed down much of this. Lockdown seems to have stemmed our worse impulses – or it should have done.

We have now reached the end of Ramadan, the month in which Allāh the Exalted reminds us that the purpose of fasting is to become mindful of Him. Fasting is much more that restraining from food, drink, and sexual desires; it offers – if only for a moment – an opportunity to focus our energy on pleasing Allāh. The veils that stand between us and Him, our desires, are put to one side. Eating, drinking, and sexual intercourse with one’s spouse are all ordinarily permissible. But during the day, for one month, we submit to Allāh. This is the beauty of our dīn ­– the justly balanced community – as Allāh describes us:

“Thus, We have made you a justly balanced community that you will be witnesses over the people and the Messenger will be a witness over you.”[2]

Imām al-Rāzī comments on this verse:

“The justly balanced (wasaṭ) in reality is the furthest point between two extremes. There is no doubt that the two poles of excess and extravagance are destructive, so to be moderate in character is to be furthest from them, which is to be just and virtuous.”[3]

Our Creator, the Khāliq, does not want us to practice extreme monasticism and abstinence, such as not marrying, for example. Nor are we to engage in unrestrained indulgence so that we lose our senses and become a danger to ourselves and others. Fasting helps us to restrain, but not to destroy, our desires, or our nafs.  It is to this that Mawlānā Rūmī, in his Mathnavī, refers to as the “dragon” within.

One of the greatest struggles to overcome is one’s egoistical qualities: the “me, me, me” within us. Was this not, after all, the sin of the devil himself? He refused to bow before Ādam, peace be upon him, just because he viewed him as dust. The devil was a materialist. Is it not materialism that is causing so much pain and carnage today? This is the Lāt and ‘Uzza of our times. Our ego that is the false idol that resides deep within us.

Here, Rūmī talks of how warriors having returned from the battlefield – the lesser jihād – only to face the greater jihād:

A worse foe still remains for us inside;

The self is hell, a dragon wishing harm,

The sea can’t cool it down or keep it calm:

I drank the seven seas, was fully drenched.

That human-burner’s thirst was still not quenched!

The infidels, whose hearts are hard as stones,

Enter this fire, ashamed, with screams and groans,

But hell’s not sated by such food at all,

At least until the Lord should finally call:

There is a relationship between those who fail to subdue their desires and the fire. The fire, when fed, becomes ever more ferocious. It is no coincidence that the devil, the ego, and hell are all related. The ego and the fire want more and more, until the egotistical self eventually becomes fuel for the fire. The self, like a wild horse, is to be tamed in this world. We are so often focused on fighting external enemies that we neglect the greater enemy within:

When from the outward fight I turned around

The war inside our soul was what I found.

When one subdues the nafs and the ego, we find what everyone is looking for: inner contentment. This has to be achieved in stages. First, one must move away from the “nafs that overwhelmingly commands a person to do sin”.[5] In the West, this type of self is glorified, even idolised. In this sense, there is no atheism; just idol-worship. Do what you want! Become liberated! This makes a person a slave of the nafs. It engenders loneliness and sadness. This is the end result of greed – emptiness:

“But he who turneth away from remembrance of Me, his will be a narrow life…”[6]

Fullness is found in worshipping Allāh, for He is al-Ghanī, the Rich, yet He wants us to aspire for more. The Qur’ān speaks of the next stage, “the self-blaming self”.[7] Here, the battle begins. A sin is committed followed by regret and remorse. Eventually, God-willing, the sin is given up. The nafs is tamed. Hell is under control.  Now we are ready for the final stage: the sought-after state of contentment and serenity. As Allāh, the Exalted, states:

“[But] you, soul at peace: return to your Lord well pleased and well pleasing; go in among My servants; and into My Garden.”[8]

Once we reach this stage, we are now ready to share this “liberating” dīn with our fellow citizens:

There is no God but Allāh, and Muhammad is the final Messenger.

As Shaykh Abdal Hakim Murad notes in his recent book, Travelling Home: Essays on Islam in Europe, Islam is a portable religion. Consider the Hijrah of Ibrāhīm as a refuge and asylum-seeker as well as that of our Prophet Mohammad ﷺ. Muslims, in other words, belong everywhere, as the Prophet is reported to have said ﷺ :

“The entire earth has been made a place of prayer…”[9]

We can be anywhere when we have Allāh. Ours is the Ishmaelite journey, and so like Abraham and Muhammad ﷺ, no land is alien to us. This is our land, and we do not need to feel inferior for being here. Wherever we went, historically, we made that land richer spiritually, and more beautiful aesthetically. We are confident sharing our faith with fellow human beings. This comes after we have understood and cultivated a healthy balance of three interrelated modes of knowing: fiqh, theology (aqidah), and orthodox Sufism.[10]  So, my final message is this: learn your dīn well, be balanced in your outlook, display compassion and empathy, but remain firm in what you believe, and never neglect your own self.

There is so much promising work here with young Muslims engaging and working hard to build a long-term future. We have always built civilizations. We owe it to them to gently guide and encourage them.

May Allāh accept [the worship] from us and you.

Haroon is an imam in Blackburn and a Research Associate at the Centre for the Study of Islam in the UK at Cardiff University. He completed a PhD looking at the formation and training of British Muslim Scholarship (ulama) with an ethnographic study of a Dar al-Uloom, or traditional Islamic seminary in modern Britain. This was part of the Jameel Scholarship Programme. He also has a background in traditional Islamic Studies, and this is where he seeks to combine textual learning of the Islamic tradition with the social sciences; text with context. He has a degree in Economics and Finance alongside an accountancy qualification. His current interests include the formation of religious authority, theories and application of tradition with modernity, secularism, and religious embodiment. He continues to teach courses in the Islamic traditional sciences in the areas of Islamic law (fiqh) and theology (aqīdah), and also teaches modules around contemporary Muslim concerns such as Sufism and Islamic law in Britain. Currently, Haroon is working on an innovative and ground-breaking project looking at the lived experiences of imams in Britain.