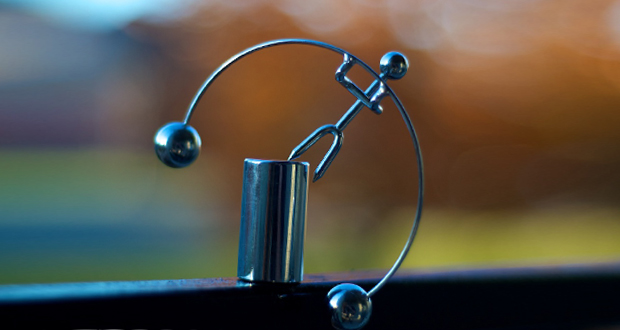 “Moderation, moderation! Through this will you attain your goal!”

Muṭarraf b. ʿAbdullāh b. Shikhkhīr had a son who would perform a great deal of worship, expending great effort in doing so. He counselled him, ‘The best of affairs is the middlemost. A good deed lies between two evil deeds and the worst journey is one where a person tries so hard that he kills his mount and is left stranded.’[2]

Abū ʿUbaydah said: He means that excessiveness in worship is evil, deficiency is evil, and moderation is praiseworthy.

In his (sallAllāhu ‘alayhī wasallam) repeatedly mentioning the command to moderation lies an indication that one should persist in this moderation. This is because a strenuous journey in which one tries too hard is prone to ending suddenly before its end; a moderate journey, however, is more likely to reach its goal. This is why the Messenger of Allāh (sallAllāhu ‘alayhī wasallam) stated that the result of moderation was the achievement of the objective, “through this will you attain your goal.”

In this world, the believer is travelling to his Lord until he reaches Him,

“You, verily, O man, are working towards your Lord – painfully toiling – and you shall meet Him.”[6]

“And worship your Lord until the Certainty comes to you.”[7]

Al-Ḥasan said, ‘People! You must persist, you must! It is the time just before your death that Allāh has set as the point when you stop doing deeds,’ and then he recited the above verse. He also said, ‘Your souls are your mounts so tend to your mounts, in this way they will convey you to your Lord, Mighty and Magnificent.’

The meaning of tending one’s mounts is to be easy on them, to keep them fit and healthy, and not to overburden them. Therefore, if one feels that his soul is coming to a halt in its travel, he should tend to it by inculcating in it the desire to finish the journey or by inculcating in it the fear of not finishing the journey, as the situation may demand. One of the Salaf said, ‘Hope is the guide and fear is the driver, the soul is between the two like a headstrong animal.’ If the guide is weary and the driver ineffectual, the soul will stop and it will then require gentle treatment and “song” to encourage it into restarting its journey. In this respect the camel leader, who drives his herd forward by singing to it, said,

Tomorrow you will see bananas and mountains.

Fear is like a whip and when a person excessively whips the animal, it could well die. As such, he must also strike it with “songs” of hope that would encourage it to revitalise its efforts and reach the destination. Abū Yazīd said, ‘I have driven my soul to Allāh without letting up, it weeping all the way, then I urged it on and it did so gladly.’[8] It is said,

It complained of the journey’s burdens so he promised it

The relief of arrival so it revitalised its efforts.