On Louis Smith’s two-month ban due to “Islamophobic video” 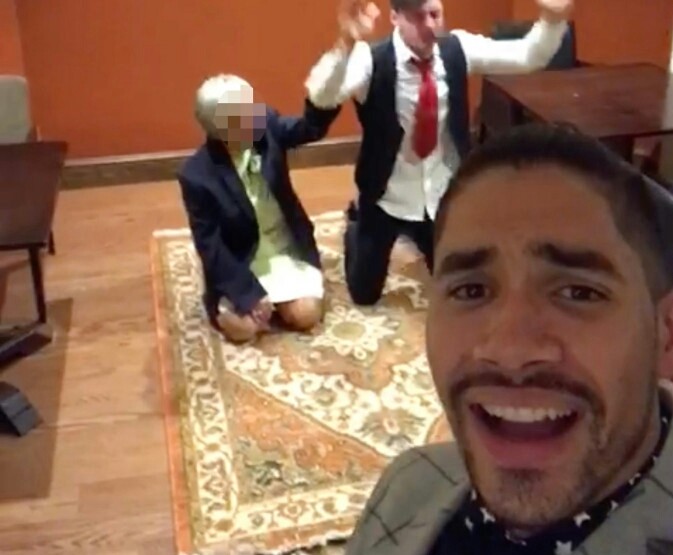 Many are talking about Louis Smith, the British athlete who was given a 2-month ban by British Gymnastics due to an allegedly Islamophobic video which he has since apologised for. As expected there has been the usual outrage from professional White offence-takers at “Muslims being too sensitive” or “political correctness gone mad”.

However perhaps the most insidious commentators have dressed up their well-prepared outrage as some kind of ‘liberal’ or ‘Muslim friendly’ hysteria. Radio presenter James O’Brien, for example, has spent the last few hours trying to argue that mocking Muslims is the same as mocking Christians, that we should “ignore race and religion” (despite being told by callers of the nuance of the former being subjugated currently and historically solely on account of their ‘Muslimness’). Of course, it is no surprise that those born into several domains of privilege would fight for society to ignore those very domains (race, religion, sex, etc.) when the disprivileged complain.

Whenever Muslims exert any pressure to make their voice heard on an issue, such ‘liberal’ and ‘Muslim friendly’ commentators quickly speak out to ‘advise’ us that Muslims speaking out for their interests or rights will provide fuel for the far right Neanderthals to shout about how easily Muslims are offended or that they are “trying to silence free speech” or other equally ridiculous red herrings. This is despite that it is in fact those very commentators who are shouting about this the loudest, making a mountain out of this molehill.

As a result it is important to set the record straight and bear in mind a few important points:

I) In a ‘secular liberal democracy’ it is precisely the job of every minority or interest group to make a noise about their own views, interests and rights. Do not be pressured into silence regarding something you genuinely find abhorrent under the pretext of ‘free speech’. You are not a guest here and should be entitled to the same ‘free speech’ to challenge offence that others are supposedly free to cause.

II) It is precisely in the interest of ensuring genuine ‘free speech’ in a supposedly democratic society that civil society and its institutions (from communities to businesses to sports bodies) carry out their own discipline so that the coercive arm of the state and the law does not get involved in these areas. British Gymnastics has given a small two-month ban and the athlete has learnt his lesson. End of story.

In summary, those arguing for Muslims not to ‘rock the boat’ do not have any right to enforce their own sensitivities and thresholds for offence on others (even if their privilege has them deluded), and in doing so they are betraying an ignorance of how this society is supposed to work in the first place. Louis Smith was not arrested or charged with a crime but merely given a slap on the wrist and has learnt his lesson. White rage aside, I would say the system has worked, wouldn’t you?