“Where have all the white folks gone?” 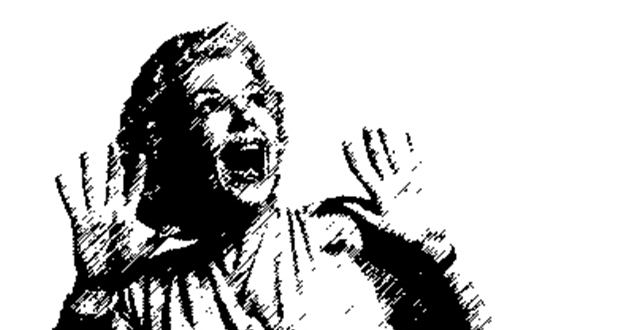 A report was released this week by the academic Ted Cantle warning of the dwindling number of white residents in the ethnic minority dominated areas of the inner city. Between the 2001 and 2011 census, the white British population of Birmingham fell from 65.6% to 53.1; in Leicester it declined from 60.5% to 45.1%; and in Newham in London, only 16.7% of the population is white British. This is a follow-on from his influential 2001 report that argued that one of the causes of the riots in Bradford and Oldham that year was that people lived “a series of parallel” lives. Unfortunately this narrative spawned the policy agenda of “community cohesion” in order to bring the nation together that has done more harm than good in addressing the problems of racism and belonging.

Since mass migration from the former colonies after the second world war, ethnic minorities have been predominantly housed in inner-city areas. Contrary to the belief that this was due to “self-segregation”, the clustering of minorities in deprived urban areas was due to racism. The jobs available to migrants, regardless of their previous skills or professions, were low paid, which limited housing options. Even if migrants could afford to live outside the inner city there was a strong colour bar that prevented them moving into more affluent areas. In 1963, Birmingham city council attempted to open a boarding house for Caribbean migrants in the then affluent Northfield, but after an outcry by residents it repented and located the accommodation in Handsworth instead. We can only understand why Handsworth is now only 7.2% white British by placing the figure in this historical context.

At the same time as restricting where migrants could live in the country, white residents abandoned neighbourhoods as minority residents moved in. “White flight” meant that areas that had been exclusively white quickly became dominated by ethnic minorities, who were given limited choice about where to settle. Though Cantle is keen to avoid using the term, his evidence clearly demonstrates that white flight is still as prevalent today as it was in the 1960s. His “complex” set of reasons for white flight include that people want better housing and dream of life in the suburbs.

There is some truth in this: regardless of colour, people tend to move out of deprived areas into better housing when they have the chance. But this ignores the different opportunities available to ethnic minorities. Higher levels of unemployment and a staggering wealth gap mean that opportunities to leave the inner city are severely constrained. But the most important aspect missing from the discussion is that the areas white people are fleeing from are not run-down, crime-ridden ghettoes. Handsworth, for instance, features some of the nicest houses in Birmingham; so it is the people in the neighbourhood who are the reason for white flight, not the housing.

The truth about segregation in Britain is that it is the white middle class who are by far the most “self-segregating”. The suburbs and rural commuter zones are almost exclusively white and middle class. If segregation is the social problem that Cantle claims it is, then the focus should not be on the diverse inner city, but monocultural suburbs. This tells us that it is not segregation itself that is being defined as the problem, but who is living together. The self-segregated white middle class is assumed to have the correct values and therefore does not need to be integrated into the nation. However, it is seen as dangerous to have ethnic minorities cut off from the white population where they may develop “parallel” and dangerous lives. There is also a paternalistic idea that to succeed in society, minorities need to integrate and learn from mixing with white people. You cannot measure equality by who lives together; you measure it by the outcomes for different groups.

The problems facing ethnic minority communities are not down to a lack of white people, but to a lack of investment. Cities have become engines of growth, which suck all the money into the centre as they develop into commercial and tourist attractions. The neglect of disadvantaged parts of the city is one of the most underrated drivers of racial inequality. Cantle argues that one of the ways to solve the problem of segregation is to “sell” diverse areas to white populations to reverse the trend of segregation. But this kind of marketing leads to the worst kind of diversity, something we typically call gentrification.

One of the newer forms of urban population movement is white middle class people moving into inner city areas previously dominated by ethnic minorities, such as Brixton in south London. As the centres of cities develop and expand, the once deprived inner city becomes prime real estate and increasingly “marketable”. The result is the development of expensive flats and wine bars, and the pricing out of local communities. In some areas there is now the reverse of white flight, with ethnic minority communities being forced out of the areas they were historically assigned to. White residential settlement is actually one of the problems facing ethnic minority communities, and definitely not any kind of solution. What is necessary is a reframing of the discussion away from the distraction of “segregation” and to addressing the racism that has caused the issue in the first place.