The Western suffering from the denied revelation 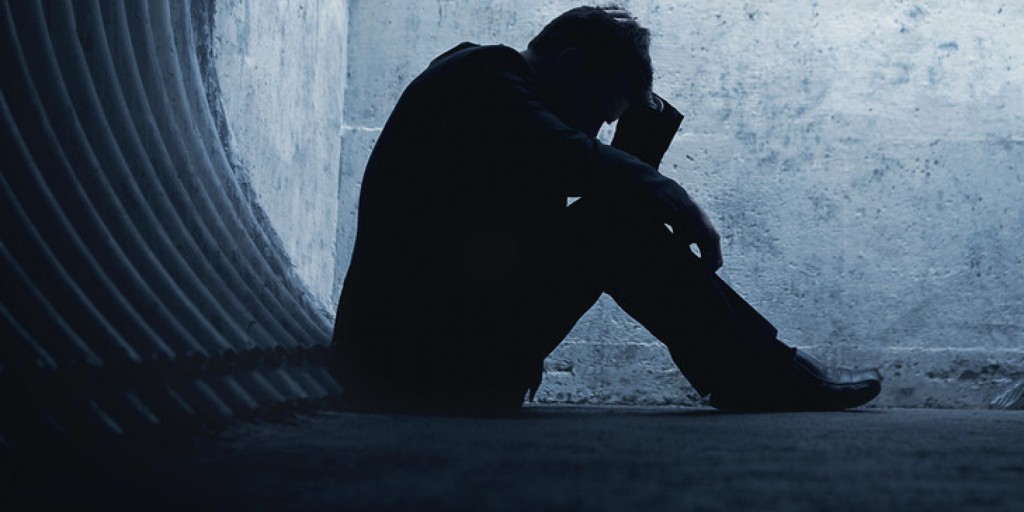 I often sit in Islamic lectures and realise the concepts are familiar but the language is not. I do not mean Arabic instead of English rather the starting point for understanding concepts is different.

Recently in a seminar on Aqīdah a fundamental question was asked: “What benefits are there to this knowledge?” The answers from lifelong Muslims showed there was a starting point that did not encompass imagining having no knowledge of Aqīdah at all.

For me, while previously a non-Muslim with no Aqīdah, the effect I remember most clearly was suffering a guilty conscience with very limited understanding of how to avoid it. As Muslims we are taught clearly what Allāh expects of us. If we go astray we know why our conscience is bothering us and know what to do to change it. After sincere repentance we can carry on with an eased conscience and try not to repeat our mistakes. Imagine if you can, having the ever present Fitrah but no knowledge at all to interpret it.

I heard a story of a Muslim who was praying in an airport. A man approached him to ask what he was doing. The man said he had suffered chronic depression for years and had discovered the best way to get relief from it was if he got into the exact position of the Sujūd, but he had no idea why. SubḥānAllāh people who blanket hate the kufār, or who are reluctant to give dawah in case it is not welcomed, need to consider the blessing we have and the trauma that a human will inevitably endure without the revealed knowledge, in the West it now a thousand years past its due delivery date.

Revelation should rightly spread unhindered across the earth from point of delivery by person to person like the good news and mercy to mankind that it is. When the corrupt Catholic Church overpowered the Muslims in Europe, they selfishly stopped the spread of this blessing. Only by extreme effort, the sort of effort which should have made them realise they were futilely trying to stop something natural from happening, for the last 1300 years, since the beginning of the Reconquista, the European powers have fought tooth and nail to deprive Western mankind of the medicine his soul so desperately needs. The entire body of work from Western philosophy, psychology and social science is testament not to man’s achievement, as the ignorant believe, but to man’s suffering. His desperate floundering in the dark trying to put himself where his Fitrah is telling him he should be.

I doubt any person instilled with Islamic knowledge from a young age can understand just how much of a mess its omission makes of a human’s spiritual existence and surely all the troubles in the material human world as well stem from this non-existent understanding of the true reality. Altogether it is recognised by non-Muslims and in fact has its own name: “The Human Condition.”

In every way where unguided man takes a wrong turn the disastrous results are plain for all to see yet they cannot guide themselves out of the mess when self-guidance is what got them there in the first place.

The Christian revelation has now all but worn off but Western mankind has felt the need to create an illusion of an alternative system of belief to feel that everything is ok; a psychological prop to prevent them seeing that the people driving the bus, the Western leaders, have no idea where they are going. It is noticeable that when Western mankind changes direction it is always called Progress. Even if they backtrack it will be spun to seem like it was all wise planning and mankind is in full control; so there is no need to worry. So with every Christian doctrine that just does not make sense any more, and lacking the latest revelation that should have replaced it, the dropping of a revealed instruction no longer understood is deemed to be progress toward an excellent “new” way called Liberalism. This stupidity, driven by an inability for the driver to admit he should be using a map, is taking Western mankind into a brave new era of recklessness where it is considered wise and righteous to have no criterion to judge by.

This week the Nederlands parliament could not remember why it should forbid driving instructors from officially accepting sex from a stranger as payment for driving lessons; so they passed the “ride-for-a-ride” law. In the UK when it seemed there was evidence of the Prime Minister having had sexual relations with a dead pig, there was some light mockery but no one could put their finger on a reason for outrage or to question his suitability to lead the nation. When the government’s favourite anti-Islām campaigner was filmed groping a naked striper during Ramadān none of his contracts were cancelled, rather it seemed he had just proved his loyalty to the doctrine of abandoning guidance and it probably helped his career.

To compound the idiocy of this new law-of-no-laws it comes complete with a paradoxical law against the suggestion of old laws. It is now a heresy to even suggest imposing the limits that helped give Western mankind some semblance of order for the last two thousand years. By necessity of not wanting to regret that their guidance has evaporated; Western mankind cannot admit that it was ever useful.

Whether this mess will develop first into a totalitarian liberal fascism or deadly anarchy is the only thing left to find out but my guess is it will be fascism as that would be the more fittingly ironic. In fact already if you are caught trying to teach children moral points that were law just a few decades ago they will close your school. Even holding recently outlawed morality as personal opinions can have you sent to be schooled in Liberalism by Terrorist Police.

The Western soul is only going to get more troubled the further out of step it becomes with its unchanging Fitrah and the symptoms that manifest are getting ever more severe. Would 10% still need to take anti-depressants if they had direction and spiritual fulfilment? Would the rise in emotionally devastating unwanted pregnancy (currently 22% of healthy foetuses are aborted in the UK), sexually transmitted diseases, family destroying infidelity, absent fathers, drug abuse, and many other social ills continue if the inner policing of people was reinstated with knowledge of our position in relation to the Creator, His expectations of us and the promise of a reckoning to come?

If the Western mind had Islām would they put profit before people? Would they view the world as their store of resources and their brothers from Bani Ādam as the enemy for being inconveniently in the way?

The people in 8th century Europe, who were living with barely any civilisation, fought back the Muslim carriers of revealed guidance that was bringing with it science, libraries and universal education among many other things. And in a very similar move, now a people wandering blindly seem ever more determined to turn away the light of revealed guidance that could give meaning to individual’s actions and bring order to their society. Little do they know.