5 Values to teach our kids in lockdown 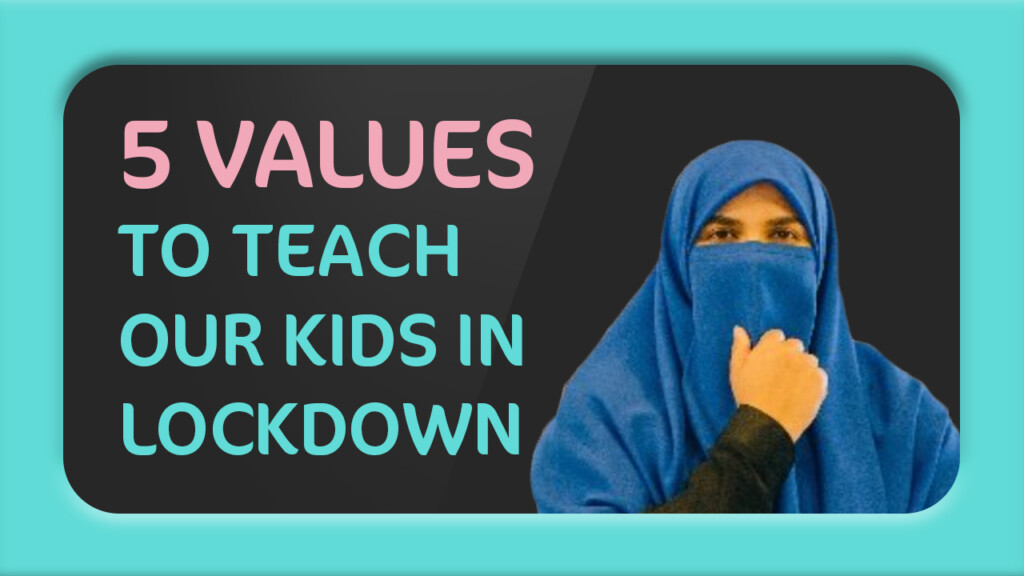 Join Ustadha Fatima Barkatulla as she shares five important values to teach children of all ages in lockdown.

Ustadha Fatima is a British ‘Alimah’ (Islamic scholar), author & presenter of the IlmFeed Podcast, based in London.

She graduated with two Alimiyyah degrees (classical degrees in Islamic scholarship). One from the Ebrahim College seminary with a specialisation in Fiqh and the other with Distinction from AlSalam Institute, awarded by Sheikh Muhammad Akram Nadwi. She is currently completing a Masters degree in Islamic Law at SOAS, the University of London.

In her teens, she studied Arabic & Islamic studies in Egypt at the prominent Fajr Centre and Qortoba Institutes as well as a college of Al-Azhar University.

She is currently working on her books ‘Women in the Qur’an’ and ‘Aisha, the Truthful’, having authored her groundbreaking first book: ‘Khadijah, Mother of History’s Greatest Nation’

She has written numerous articles for Muslim magazines as well as for the Times newspaper, Times Online and emel Magazine, sharing the message of Islam with wider society.

She was Director of SEEDS OF CHANGE – the biggest Muslim women’s conference in Europe and a Dawah trainer for iERA.

In 2014 she was awarded the IKON UKHWAH International Award – for young women in dawah and community service at a ceremony in KUALA LUMPUR, MALAYSIA.