Are you breaking your fasts with stolen dates? 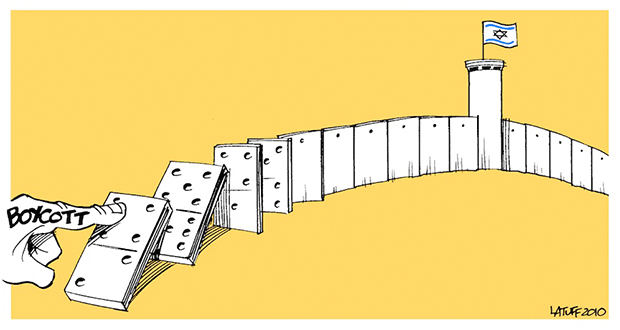 Are you breaking your fasts with stolen dates?

Alḥamdulillāh, the holy month of Ramaḍān is upon us once more. A blessed time wherein we unite with our families, strengthen our attachment to the Qur’ān and increase our ʿibādah in the hopes of taking advantage of the Month of Mercy, Forgiveness and Salvation, inshāAllāh. And of course, we fast. We spend our entire day abstaining from food and drink, guarding our eyes and our ears and controlling our actions, our words and our thoughts. And, as the sun sets, our families come together to share a meal, while we remember the oppressed, the poor and the hungry.

This image, I am sure, resonates with many of us, along with the single, almost guaranteed, food staple at every iftār, the date.

It is reported in a ḥadīth that,

The Prophet (sall Allāhu ʿalayhi wa sallam) said, “Break your fast by eating dates as it is purifying.”[1]

There is much wisdom in following this tradition as ʿĀ’isha (raḍiy Allāhu ʿanha) also reports that the Prophet (sall Allāhu ʿalayhi wa sallam) said, “Indeed in dates there is a cure”.[2]

In an essay on the “Nutritional and Medicinal Value of Date Fruit”,[3] Ali et al. detail an impressive multitude of health benefits of the date fruit, including:

– It being restorative and nourishing for the lining of the stomach

– A remedy to treat dehydration

– A source of fibre, vitamins and minerals, including calcium and iron

– High in sucrose, glucose and fructose – natural sugars that release energy throughout the day

It is no wonder, then, that during Ramaḍān alone billions of dates are consumed every single day, making the date market worth billions of pounds worldwide. However, during this holy month of spiritual, physical and material cleansing, wherein our every action is carefully thought over, many of us are unaware of the terrible reality that our food, the dates with which we break our fast, are ill-begotten. In the Qur’ān we are commanded:

“O mankind, eat from whatever is on earth [that is] ḥalāl and pure”[4]

“When discussing the adab of consumption, the Qur’ān refers to the concepts of ‘halal’ (permissible) and ‘tayyib’ (pure and good) – in other words, law and ethics. Both are to be taken into consideration.”[5] It is imperative that we determine not just whether our food is ḥalāl, in that it has been sacrificed according to the standards of Islamic law, but whether or not our food has been ethically sourced. Unfortunately, as is the case with over 50% of the world’s Medjool dates, what we break our fast with has been produced as a result of the inhumane treatment; the suffering and slaughter of Palestinians.

On the 19th January 2013 a Palestinian mother and her child were attacked by Israeli soldiers. She was violently taken from her farmland in Um El-Arayes, kidnapped, and imprisoned in a notorious women’s prison – made famous for its torture of its prisoners.[6] Her land was declared a ‘military zone’. Countless Palestinians live the same nightmare: they are imprisoned, their land is taken and sold to Israeli settlers who then profit from the stolen produce.

Also read: Boycott as a tool for change

The truth of the situation is appalling, and yet it remains largely unrecognised. The majority of dates found in major supermarkets all over the world are grown on stolen Palestinian land. Israeli settlers then employ a system of exploitation, paying meagre sums to Palestinian labourers as they are made to endure torturous working conditions.

During the pruning season, workers are dropped on the date palm trees by a hoisting crane at 5 in the morning, left perched on palms that soar to heights of 12 metres – a 4 storey building, left there swaying in the wind for up to 8 hours without [a] break, with no means to come down until the crane returns at the end of the day, the workers cling to the tree with one arm and work with the other to meet their quota. If they fall behind they will lose their jobs.[8]

In addition to supporting the stripping of Palestinian land by Israeli settlers and the exploitation of Palestinian labourers, by purchasing dates grown on Israeli settlements we encourage and endorse child labour. Desperate Palestinian children, from poverty-stricken families, are forced into work. They are issued official work permits under which they are cheated and humiliated.[9]

Astaghfirullāh, where is our money going? What is it funding?

Below is a list of the brand names Israeli dates are sold under:[10]

More information about these producers and brand names can be found here.

In a recent ‘Check the Label’ campaign The Palestinian Solidarity Campaign found that Israeli dates were sold en masse in major supermarkets in the UK and all over the world.

– Tesco sells Israeli dates under its ‘Finest’ brand. Its ‘Tesco Finest King Solomon Dates’ are produce of Israel. Other Tesco-branded dates which are from Israel include ‘Tesco Halawi Dates’ and ‘Tesco Wholefoods Medjool Dates’.

– Sainsbury’s ‘Taste the Difference Medjool Dates’ are grown in Israel.

Undoubtedly many have heard of previous campaigns to boycott produce. Boycotting is a well established tool for consumer activism and its efficacy is well known.[12] It is necessary now, in Ramaḍān, when Israeli settlers enjoy the greatest profit that we become ever more cautious of the dates we purchase. Not only should we use our consumer power to reward ethical retailers and suppliers, but we should use our voices and connections to spread information to those in our sphere of influence of those retailers and suppliers guilty of supporting such ethnic cleansing and other unethical trading practices. Some retailers in the UK such as The Co-op, due to their ethical standards, have ceased dealing with suppliers that source from illegal Israeli settlements which, they say, corresponds to around £350,000 in trade.[13]

Mossad mocked after reported botched kidnap of Palestinian in Malaysia