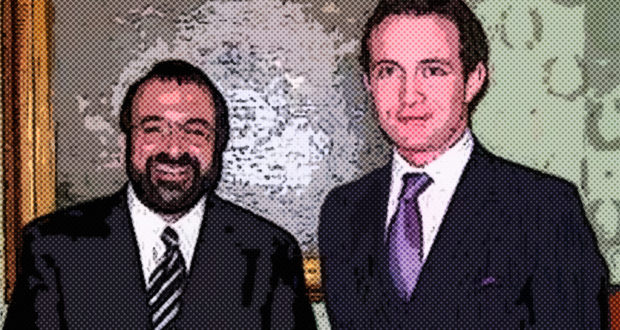 In a move of rarely paralleled irony, the Henry Jackson Society (HJS), linked to and funded by some of the most prolific Islamophobes from overseas, has published a curious “report” against overseas funding of Muslim projects in the UK, under the infamously ambiguous pretext of “extremism”. Whilst it is expected from the likes of the HJS, what is of particular concern this time around is the journalists or publications attempting to sugar coat and present them to the public as some kind of neutral, credible source of knowledge about Muslims.

The report outlines nothing new beyond the normally repeated myths, stereotypes and vacuous statements about the threat of Muslims, no doubt designed to compensate for their lack of statistical significance, academic rigour and general basis in empirical reality. Thus, it is more likely an attempt to make use of some of the media momentum generated by the recent accusation by Lib Dem leader Tim Farron that Theresa May has been sitting on a report critical of Saudi Arabia.

Loyally, the HJS report focuses not on the legitimate criticisms of the Saudi political establishment, that enjoys a loving relationship with western powers, but attempts to put attention towards the country’s (independent) judicial tradition and funding of mosques and Islamic projects throughout the world. Tellingly, it decries the spread of “Wahhabism”, by which it does not mean the particular doctrines of the followers of the eponymous Shaikh Muhammad b. ʿAbd al-Wahhāb, but the traditional imperial label for the “bad Muslim” that was an impediment to British colonial interests. (It was in the British Raj after all where “Wahhabism” was a crime for which many Muslim thinkers and scholars challenging imperialism with their pens were charged and punished, such as Siddiq Hasan Khan.)

Imperialists and their propagandists learned long ago that they could exploit intra-Muslim demarcations (such as between so-called “Wahhabis” and others), so Muslims and wider society should be very cautious whenever this term is used in public discourse, let alone weaponised by Islamophobes. There are many legitimate disagreements different Muslim schools of thought may have with the so-called Wahhabi tradition, but a cursory look at the examples of beliefs and practises of the “Wahhabi bogeyman” hated by Islamophobes shows a hatred of many beliefs and practises that are common to the overwhelming majority of Muslims throughout history, particularly the four canonical schools of law. It is thus particularly reckless for some Muslims with a historic sectarian anger towards “Wahhabis” to let the village squabbles of their ancestors be exploited in this context.

Characteristic to a service of an irrational fear and hatred, the HJS report recycles and centres its entire existence on the evidence-less premise that there is a causal link between ideologies associated with so-called “Islamism”, and terrorism. (This is as opposed to an incidental link, as the more restrained and accountable pens of peer reviewed academics write.[1]) Even a casual familiarity with the scientific method equips one to recognise the intellectual sin of using anecdotal examples of when a “Wahhabi” happens to carry out an act of violence, whilst studiously disregarding “control” observations, vital to establish any credible correlation between two things (which would show that a mind-boggling majority of so-called “Wahhabis” do not turn to violence).

Therefore no amount of using the words “Wahhabi” or “Islamist” next to the word “terrorism” can substitute for a cogent argument for banning the former to influence the latter. Such a thoughtful and sustained ignoring of statistical significance is the hallmark of bigots trying to channel attention and anger towards a target. Such stereotypes, superstitions and pseudoscience should be called out for what they are.

Who are the Henry Jackson Society?

The irony is in the reports authors’ apparent incapability of recognising the glaring problem with a word used over 123 times throughout the document. The word “extremist” used against non-violent Muslims whose thoughts and ideas they disagree with (or those a cynic might say they are unable to challenge without resorting to repression), is the same word used—arguably more accurately—against the HJS itself.

Normally it is not from our methodology to stoop to their level and indulge in ad hominem attacks (God knows there are many open goals with the usual Islamophobes in this regard). But in this context highlighting their “extremism” and that of their morally impoverished funders is not fallacious if done in order to highlight the nature of accusations of the vacuous “extremist” label, and more importantly the agenda of those seeking to present such an organisation as a neutral source of what is and is not acceptable Muslim thought and behaviour.

The HJS has itself been exposed as received funding from notorious foreign Islamophobes including the likes of Nina Rosenwald,[2] dubbed the “sugar mama of anti-Muslim hate.”[3] Before this they were forced to withdraw from parliamentary groups in 2014 for refusing to disclose their donors to the Commons’ watchdog,[4] prompting accusations that they were so disreputable that it would have been political suicide to disclose them.[5] Professor David Miller remarked in a damning report into the HJS:[6]

Its associate director Douglas Murray is a regular contributor of myths surrounding the threat Muslims pose to the world, including his recently debunked lie on the BBC that “eastern Europe doesn’t have a problem with terrorism because it doesn’t have much Islam.” People were quick to complain of such a false statement presented as truth despite eastern Europe being the only part of Europe with several Muslim majority countries and countries with higher Muslim populations than western Europe.[7] Of course some may say it is expected from someone who has urged that,

It is no surprise that journalists, academics and politicians alike have raised concerns about the HJS, leading to descriptions of “white supremacy” and racism.[9] Their director Murray also has publicly praised some of the most virulent Islamophobes and bigots on the planet, including Geert Wilders,[10] and Robert Spencer, the ideologue who reportedly inspired the anti-Muslim white terrorist Anders Breivik,[11] before he carried out one of the largest terrorist attacks in Europe. Murray has called him a “brilliant scholar”,[12] whose scholarly brilliance has seen him banned from entering the UK for years—by Theresa May of all people. No doubt such elegant rebuttals of Islam that impress Henry Jackson Society directors are found on his websites, including “f***islam.com”.[13]

Unfortunately Robert Spencer does not seem to be an anomaly, HJS has also defended infamous leading anti-Muslim ideologue Ingrid Carlqvist,[14] dubbed as a “Nazi Apologist” for her desire for collaboration with Neo Nazi parties in Europe.[15] In fact, several of HJS’s friends have managed to make the cut in the Southern Poverty Law Center (SPLC) “Field Guide to Anti-Muslim Extremists”.[16]

Even a Eurocentric cartography of Human Rights does not enjoy much sympathy with some prominent members of the HJS.[17] One of its associate fellows was on record defending torture,[18] as well as Murray,[19] who is not too keen on different types of citizens having similar fundamental rights either:

“The rights of the West’s people override those of the Islamist’s in their midst.”[20]

What has been mentioned is just the tip of the iceberg, all available from multiple sources online. To reiterate, we are not the ones calling for these Islamophobes to be targeted with the same irrational and evidence-less policies that so-called “extremists” of a different complexion are treated with. That is because their myths, stereotypes and misinformation are easily countered by the light of empirical observation and basic scrutiny, and thus we are not the ones afraid of open debate on a level playing field.

However, the attempt of some politicians, journalists, and publications to dupe the public and perpetuate such carefully crafted fallacies as truth, and such clearly passionate anti-Islam organisations as neutral, is a condemnable negligence at best, such as the BBC benignly referring to the HJS as merely “a foreign policy think tank,”[21] or Sky News simply “right-leaning”.[22] Such organisations should take heed, particularly considering that the Home Office was landed into legal trouble recently after taking some HJS’s propaganda seriously.[23]

Of course, credit should be given to the majority of journalists, politicians and people in the public eye that have broken off relations with such a toxic “think tank”, and refused to give oxygen to their misinformation, including Theresa May’s own cabinet.[24] But such “scrambling to disassociate” from the HJS only puts more of a question mark on the intentions of those who are still associating with such an organisation, let alone putting them in an undeserving and dangerous position influencing how their currently chosen target (Muslims) are to be treated in public life.

This is particularly important considering the rise of anti-Muslim attacks in Europe. Let us not forget that the largest so-called “terrorist attack” in Europe was committed by an anti-Muslim white supremacist, who cited the network of such individuals and organisations frequently.[25]