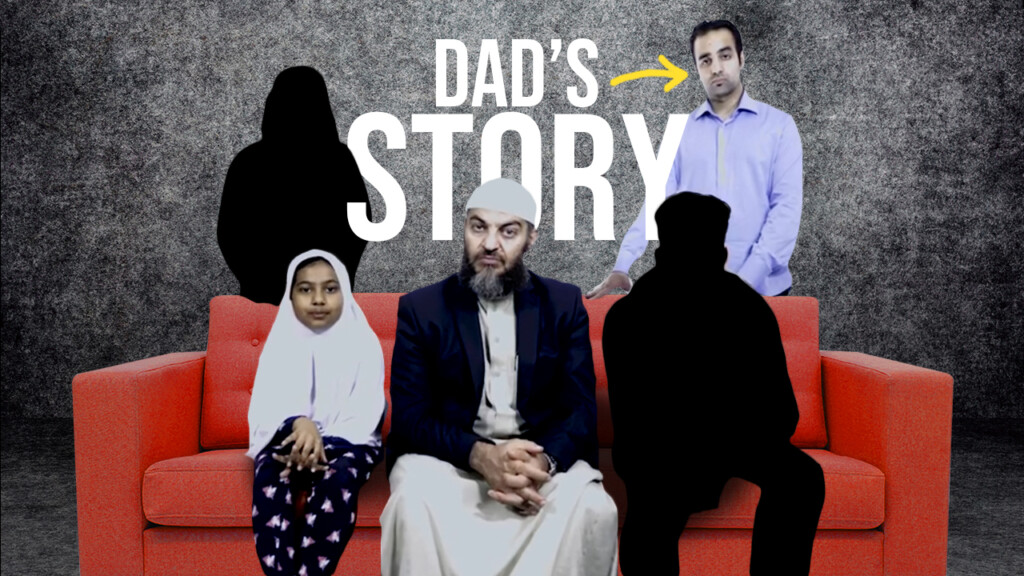 After the release of our 21st night video showing little Amina’s ordeal in the classroom, we are taken to their long-awaited holiday to the south of Turkey. A popular holiday destination for many, with so many thousands travelling there every year and multiple flights from the UK alone per day, it borders the mundane. Nothing out of the ordinary.

However, Amina’s daddy is taken to the side by what appear to be police officers. It is the dreaded Schedule 7 stop; an embarrassing stain on the country’s reputation, declared unjust by even the European Court of Human Rights,[1] and ‘structural Islamophobia’ by countless rights groups.[2] Based on little more than the officer’s ‘hunch’, daddy is taken away from mummy and the kids without any explanation. How long will he be held? What should they do? What rights does he have?

Watch part 2 of an unsuspecting British Muslim family. Click here for part 1 and stay tuned for Part 3 on Sunday night.

Want to be part of the solution? You can by supporting Islam21c so we can empower more families but we need your support to do it, click here to donate and share in the reward.

As the “conversation” proceeds, it feels more and more like an inquisition into his Islamic beliefs. This is not surprising, given that the entire counter-terrorism matrix of the UK is built upon a false premise—one that is routinely refuted by academics whose protestations are ignored by those in charge of the public discourse. That is the premise that terrorism is caused by some kind of ideology. Therefore, in order to spot a terrorist, markers of one’s ideology are the subject of the pseudoscientific counter-terrorism industry.

It is not a coincidence that this is virtually indistinguishable from racist stereotyping. In fact, Prof David Miller, for example, goes as far as saying that the counter-terrorism apparatus is the backbone of Islamophobia in the UK and elsewhere,[3] and it is often referred to as one of the ‘five pillars of Islamophobia’.[4]

Many people instinctively know that this is wrong, however do not know how to go about addressing it in a comprehensive, constructive way. It is easy to become emotional and reactive, responding to the loaded questioning of a hostile discourse rather than confidently exposing and fighting structural oppression.

This is a story played-out increasingly across the world where Muslimness is seen as suspicious and addressed through securitisation. The Qur’ān and basic, mainstream Islamic beliefs and practices are subjected to a ‘hermeneutics of suspicion’. The same fallacious narrative underpins unjust policies from Schedule 7 in the UK, to the crackdown on peaceful protests by dictatorial regimes plaguing Muslim majority countries, to even the internment of Uyghur Muslims in East Turkestan by the Chinese state.

We are telling this story to show how normal this structural racism and Islamophobia has become. After all, do you think Amina’s dad will complain to anyone about this? Does he have the right to? Is he able to articulate his objection clearly and confidently, without being coerced into submission?

Many of us are lost when it comes to responding to the ideological attack in a constructive, confident way. We often unwittingly fall into character roles made for us by those pushing a hostile agenda. Muslims who naturally hold divine values are painted as extreme, dangerous, or a fifth column. Objectively, we are none of these, but we are interpreted this way partly due to the difference in power and money behind the different narratives and opinions, and partly because we do not have crystal clear narratives to articulate our disagreements authentically and in a mature, balanced way. And most of us do not know our rights, so are easily intimidated into silence—“Just don’t talk about your beliefs in public…Just shrug it off and carry on…”

This makes many Muslims feel stuck between a rock and a hard place. Do we “fit in” into wider society, or do we “stick to our guns”? The reality is this is a false dichotomy; there does not need to be a conflict between remaining steadfast to divine values and being a successful member of society. But we need to invest in strengthening our community’s ability to speak for itself, and becoming citizens, not subjects.

Islam21c has been honoured to be involved in addressing this issue, by providing guidance and narratives that are effective yet uncompromising. From publishing countless articles, videos and podcasts instilling confidence and impact in Muslims, to providing platforms for those impacted to get their stories out, to carrying out campaigns and even launching a landmark legal challenge against the UK Government which led to a change in policy banning of Muslim speakers on campuses.[5] Islam21c is there to fight for your rights.

As I mentioned in the first article in this short series,[6] our sole purpose is instilling confidence and impact in Muslims, and everything we do is with that in mind, which is what all of our transformational digital content has in common. Part of making Muslims feel comfortable and confident in their skin as proud Muslims is speaking up in theatres that are traditionally hostile, such as the “mainstream media”.

And by the grace of Allāh there are plenty more examples from the BBC,[7] BBC Radio 4,[8] Reuters,[9] and more. By supporting Islam21c we can empower muslims and give Islam a voice in the mainstream media but we need your support to do it, click here to donate and share in the reward.

Nothing is more fulfilling than engaging directly with brothers and sisters—particularly young people—and seeing their confidence grow. When the pseudoscience and structural racism underpinning experiences like the one on our story is laid bare, many brothers and sisters feel a sense of ease around how to approach these issues from our own perspective, rather than reacting to someone else’s provocations.

But the truth is we need help distilling and disseminating these narratives, and fighting for this cause and others. Despite the academic community being on our side, there is a huge chasm between research and public perception and policy. Many fall prey to massively-funded misinformation campaigns from proudly anti-Muslim think-tanks which we have exposed in our legal case as having direct access to some in the government. Do Muslims have sufficient resources and guidance to resist this?

This is why we are working hard with experts to empower the community’s imams, du’at and activists with mature narratives to bridge the polarisation that some in the mainstream media and Islamophobic groups have worked hard to create.

This requires us to continue our work to overcome obstacles to Muslim confidence and empowerment, such as that shown in this story. But the coronavirus lockdown has also had a severe impact on our financial situation, and we are in danger of not being able to carry out this work.

We are deeply touched by your generosity so far. We urgently need your help to reach our Ramadan target. Click here to donate and be our Ramadan Hero.

Stay tuned because tomorrow at 21.30 BST we will be releasing the next part to this story: the story of Amina’s elder brother facing a different challenge that you may indeed relate to.