#STAND4UYGHURS
Home / Featured / Is it Time for Hijrah? 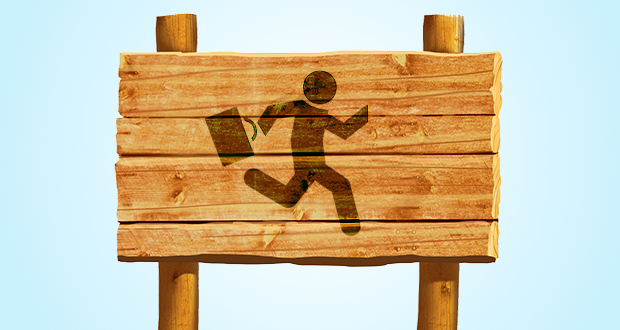 Is it Time for Hijrah?

How often do we feel overwhelmed by the difficulties the Muslims around the world are going through? Not only are Muslims victimised, invaded and displaced, but on the end of a systematic ideological challenge. Our values are constantly being questioned, our beliefs interrogated, our Qur’an contested and our beloved Prophet (sall Allāhu ʿalayhi wa sallam) abused.

Many times we speak of a mass migration to a Muslim country, happy to receive us and better for our level of practice. But before accommodating this thought, how many of us have tried to fulfil its purpose from our very homes in the Wild West? Here are 10 ways to embark on a Hijrah bound to reignite our spirits, strengthen our resolve and transform these compounding trials to a stroll in the park.

I) Hijrah of our Hearts to Allāh

Have our hopes on politicians dwindled and has our wait for that grand saviour prolonged? It is time we gather our parted hearts and migrate with them to Allāh. It is time we spill our inner luggage in front of Allāh, realising that nothing occurs without His leave? He is capable over everyone and everything. The only ones protected in difficult times are those whom Allāh chooses to protect and the only ones left to their own inadequate strength are those whom He leaves, since there is no strength or might except with Allāh. He says:

“And whoever holds firmly to Allāh, then he is indeed guided to the Right Path.”[1]

II) Hijrah from the Warm Bed

Bear the cold climate and seek the help of Allāh in the night with utter humility, like a broken piece of glass that was thrown into the open, testifying to our weakness and poverty. Consider His ability against our inability and His strength against our weakness, then think of the desperation of everyone and everything else to Him alone. How people’s beating hearts, thoughts and words are dysfunctional without Him. Every lung expands by His Will and every heart beats after His permission. How easy is the opposite for Him?

III) Hijrah from that Old Dress

That old garment must be changed ahead of our journey. Let us renew our cloak of Īmān. Īmān is not something that occurs randomly, nor is it binary, either existent or non-existing. Īmān is something that increases and decreases, strengthens and weakens, responds to good deeds and good environments by steadily going up, and responds to evil actions and evil environments by dwindling away. The stress both the young and old feel to succumb to the demands of corrupted power, from students’ Islamic societies to mosques to community organisations being smeared, vilified and expected to distance themselves from ‘extremism’—lead to a weakening of Īmān. Īmān in our hearts, if not renewed by our words and actions wears away like clothes, the Prophet (sall Allāhu ʿalayhi wa sallam) is reported to have said:

“Īmān wears out in each and every one of you like a garment wears out, so ask Allāh the most high to renew the Īmān in our hearts.”[3]

IV) Hijrah to the Qur’ān

Put that travel guide and that map aside and navigate to your place of Hijrah through the Qur’ān. Let us develop ourselves to see nothing more guiding than the Qur’an, and no example better than Muḥammad (sall Allāhu ʿalayhi wa sallam). The Qur’ān was revealed to establish the greatest nation set foot on the earth. No one has a constitution like it, or a guidance that can even come close to it. Nothing provides more nourishment to our hearts, minds and manners, or success in the life after death than the Qur’ān.

The Muslim’s daily portion of the Qur’ān is an immense protection from every harm. Reciting it, memorising it, thinking hard about its meanings and doing what it tells you do. Let us revisit Muḥammad (sall Allāhu ʿalayhi wa sallam)’s perfect example, taking what he took and leaving what he left. Whatever attempts are made to distort his immaculate example, Allāh will forever testify:

“And Verily, you [O Muḥammad (sall Allāhu ʿalayhi wa sallam)] are on an exalted [standard of] character.”[4]

So long as Allāh is Allāh, and those who criticise the greatest Messenger are the lowest of the low, what value do their words carry against the testimony of the King of Heavens and the Earth and whose guidance is worthier of following?

V) Hijrah from Confusion to Confidence

Braving the raging water, the incriminatory policies and hostile rhetoric needs confidence and our boats will almost definitely capsize if we lack it. Have confidence in what Allāh has promised the believers for Allāh makes it incumbent upon Himself to help those who have real Īmān.

…”and take provisions (for your Ḥajj journey), but indeed, the best provision is Taqwa. And fear me, O you of understanding.”[6]

As Imām al Saʿdi says, “In preparing for travel is self-sufficiency from people and their wealth… but the real preparation, continuous in benefit in the world and the one after, is that of Taqwa.”[7] Utilise moments of difficulty to make Hijrah from idleness to worship. Worshipping Allāh during difficult times is greater in virtue than worshipping Him in times of ease. These days are great opportunities in showing Allāh how we are His slaves in difficult times and places, as much as we are His slaves in easy times and places. Whether you are under pressure, being persecuted or subjected to hate crimes in the West, or in a warzone struggling for your life and people’s self esteem elsewhere, always remember that the Prophet (sall Allāhu ʿalayhi wa sallam) said,

“Worshiping during the period of widespread turmoil is like the reward of emigrating towards me.”[8]

Like the reward of migrating with one’s faith from Makkah to the Prophet (sall Allāhu ʿalayhi wa sallam) in Madīnah when the Muslims were persecuted. Imām An-Nawawi explains:

“The reason for the huge reward is because many people forget about worship during such times, and are occupied in other matters, with only a handful of people devoting themselves to it.”

VII) Hijrah to the House to the Masjid

When the those waves of challenges start bashing the Muslim community’s deck, embark on those boats of safety, and move from the high tides to the Masjid to join the gathering of spiritual migrants. Look after your prayer in Jamāʿah, in congregation where possible. The Masājid where He is mentioned and remembered and where His mercy descends are the houses of Allāh. The Prophet (sall Allāhu ʿalayhi wa sallam) says,

“Whoever goes to the mosque in the morning and evening, Allāh will prepare for him an honourable place in Paradise every time he goes and comes.”[9]

VIII) Hijrah from Silence to Dhikr

In that open battleground, at the emergence of an unending crowd of shrewd, armour-cladded soldiers in the horizon, rattling and clattering as they approach, with the single aim of exterminating your mind; at this petrifying moment of intense fear and shuddering nerves, Allāh instructs:

“O you who believe! When you meet [an enemy] force, take a firm stand against them and remember the Name of Allāh much (both with tongue and mind), so that you may be successful.”[10]

Migrating our hearts and tongue, from one that is stagnant to another that mentions Allāh much, is one of the best ways of regaining determination, confidence and strength when times become difficult or even desperate. Mentioning the name of Allāh often, moreover, restores life to one’s heart and brings one closer to his Creator. It removes anxieties, suffering and puts the heart at ease, Allāh tells us:

The great companion Muʿāth b. Jabal says: “Nothing saves more from the punishment of Allāh than mentioning Allāh. He who mentions Allāh is alive, even if his limbs stop functioning, and the one who does not is dead even if he moves between people.” The Prophet (sall Allāhu ʿalayhi wa sallam) teaches us:

“The example of he who mentions his Lord, and he who does not is the likeness of the living and the dead.”[12]

IX) Hijrah in Protection of the All Mighty

While protected during our Ṣalāh, we remain prone between one and the next. But the One who afforded you protection during the first, is capable of protecting you between it and the next. Migrate from your Ṣalāh only after asking Allāh for protection from trials and tribulations at its end. The Prophet (sall Allāhu ʿalayhi wa sallam) says:

“Seek refuge with Allāh from trials and tribulations, both visible and hidden.”[13]

In every prayer the Prophet prayed, it is reported that he used to seek refuge in Allāh from the trials of life and death and the overwhelming trial of the Dajjal who will emerge at the end of time, maybe even in our lifetimes, who will convince even Muslim scholars who will try to intellectually challenge him. Have we built our immunity and prepared ourselves for when he comes? May Allāh always secure our hearts firmly on Islām.

Handpick for yourselves good, righteous friends who fear Allāh and be scrupulous in your selection. Elect guides and shining beams. The types from whom you would expect help when matters become confusing and when you incline to Shayṭān’s whispers and illusive promises. Make a painstaking Hijrah from the rest. There is nothing like that God-fearing friend who, during difficult times, offers a helping hand, fearing for you, pulling you out of the turbulence towards safety. It is that same hand that will take you to Paradise.

“The likeness of a good companion and a bad companion is that of a perfume seller and one who works the bellows. With the perfume seller, either he will give you something or you will buy something from him, or you will notice a good smell from him, but with the one who works the bellows, either he will burn your clothes or you notice a bad smell from him.”[14]

Avoid those friends whose companionship is as good as a great deal of regret. Allāh says:

“And (remember) the Day when the wrong-doer, oppressor will bite at his hands, he will say: “Oh! Would that I had taken a path with the Messenger, “Ah! Woe to me! Would that I had never taken so-and-so as an intimate friend!”[15]

So ask yourself, can you be a Muhājir while living in this Wild, Wild West? The Prophet (sall Allāhu ʿalayhi wa sallam) says:

“A Muslim is the one from whose tongue and hands the Muslims are safe; and a Muhājir (Emigrant) is the one who refrains from what Allāh has forbidden.”[16]

[9] Bukhārī and Muslim on the authority of Abū Hurairah

[12] Bukhāri on the authority of Abū Mūsa al Ash’ari

Previous: Do you ever daydream about a brighter future?
Next: Preston Community vs. EDL: They Came, They Ate, Islam Conquered