Reversing the Decline of the Ummah 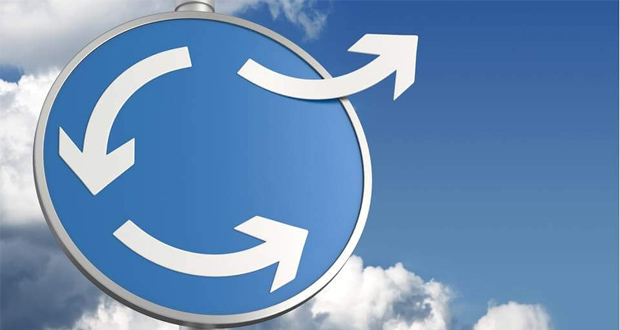 The decline of the Muslim Ummah is a much debated subject. Some will argue that it is due to the break up of a central Islamic power in the form of a caliphate. Others will argue that it is due to the sectarian divide amongst Muslims. Both positions have merit yet there is a more concerning development that we seldom conceptualise. Ideas and concepts alien to Islām have penetrated the hearts of the Muslims. We operate in an intellectual vacuum that reinforces an intellectual inferiority complex. We have been disconnected from our roots and we have been cut off from our intellectual legacy, sometimes deliberately via epistemicide.[1] This impacts our lives from every angle. We are impacted in our homes. We are impacted in our workplaces. We are impacted in global politics.

In the home, we are impacted with the rise of “alternative” socio-moral structures. The family is no longer the centre of one’s life. Many families go weeks or even months without even sitting down together to eat a meal. The father is referred to as “my old man” by some westernised children who are Muslim little more than by name. Alternatively, some “religious” youth, filled with ignorant zealousness from the little knowledge they have, may start to disrespect and insult their parents under the guise of “giving dawah.” I appreciate this may be painting a rather polarised view but I would argue that either you have experienced this or know someone who has. Denial of reality is one of our problems.

In our workplaces, we start to compromise on our morality and principles. Unfortunately, it is no longer shocking in the west to see Muslims own businesses where they supply alcohol. Muslim workers will attend bars with their non-Muslim colleagues with the hope that it will help them to progress their career—often itself in an unethical corporation or industry. On the other hand, some Muslims will take their own sectarian divisions into the workplace and argue to the extent where non-Muslims are left bemused that Muslims are making formal complaints about each other in regards to use of a prayer area. In colleges and universities on-going political battles over control of Islamic societies are a common phenomenon. Many of us no longer seem to have a focus on the greater good and purpose. We often no longer seem to care what happens to the “other” group.

In regards to geo-politics, Muslims are humiliated time and again. The leadership of Muslim countries is either seen to be corrupt and selfish, or they come across as incompetent without any real understanding of international relations and the chaotic structures of international politics based upon cutthroat national interest. Our corruption is such that politicians will make deals that harm their own country and government but benefit the family and relatives of the leadership. Alternatively, leaders may not be corrupt but seem to lack an understanding of the impact of their positions and the potential fallout from their actions. What is worse is that the Muslim masses are always under threat of losing their drive and activism. I am certainly not talking of rebellion or deposing governments. What I am referring to is the basic concept of caring about what the leadership is doing. Our selfishness results in our becoming relatively numb to the oppressed around the world. How often do we think of those Muslims who are not featured on BBC or CNN? How often do we make duʿā’ for the people of Kashmir, Chechnya or Burma? Rather we have absorbed the concept of nation state and nationalism.

Intellectual inferiority stems from alienation from our core beliefs and principles. Whilst we have recently seen a Muslim awakening, we are in danger of having failed to capitalise on this in order to develop a generation that will leave the world in a better state than what it found. For example, too often our Islamic education is delivered from a purely academic position. This is partially due to many of our teachers having come from a background where they were taught concepts in an academic manner in professional educational institutions. The way that they were taught is the way that they teach others. Islamic schools and classes for adults have increased manifestly in the last two decades. Yet can we be sure that this has stemmed the decline in morality of Muslims? Students often lack respect for the very teachers who are passing on the message of Islām. This is due to our failure as a society not just to teach respect for elders but also our failure to connect with our teachers.

Those who teach Islamic sciences are not just academic teachers. We need these people to be our counsellors, life coaches, and advisers. The popular culture of celebrity Sheikhs has done much damage to disconnect us from those who can advise us.[2] The classical methodology of teaching Islamic sciences as part of tarbiya (holistic nurturing, cultivation and mentoring) is rarely found and where found, is nowhere near as popular as the one-day conferences or tours. We lack those connections wherein the Sheikh knows the issues and challenges that his students are going through. Instead, we have global celebrities whose classes we attend because of who he is rather than what he is teaching. We thus downgrade our local imāms to a level of just someone who leads the prayers. In the classical method your Sheikh knew your context, your environment and your challenges. He would teach you not only academic concepts but etiquettes and manners, and address your personal development. The Murabbi takes a holistic approach to developing his students rather than just providing information.  He would take pleasure in seeing you get closer to Allāh and would focus on developing you. Unfortunately we now have students who will go to a sheikh because “he makes them laugh.”

We need a distinct change in the teaching methodology but we must not discount our own role in this failure of society. The question we must ask ourselves is “do we really want to change?” Change is not easy. Whilst we all like to say we wish to be better Muslims how many of us are actually making the effort? Or is it the case that we wish for someone else to make us better Muslims? As if they could put a USB stick in our ears and download piety and righteousness. Rather it is down to us to take our steps in the right direction. Allāh says,

“And there is not for man except that for which he strives.”[3]

The question we must ask ourselves is: what we are striving for? Is it wealth? Is it comfort? Or is it the pleasure of our Lord? If our homes are falling apart then we must consider our own roles in this. If our workplaces are full of fitnah then we must look at ourselves first and our behaviour. If we are humiliated internationally as an Ummah then what is our role as individuals. Are we compassionate, empathic individuals who want for others what we want for ourselves? Do we understand the Sunnah in regards to leadership and personality development and are we fulfilling this and teaching it to others? Our society has too many who would choose to attack and refute rather than advise and guide. We need a change and that change has to start from you. Allāh says,

“Oh you who believe. Save yourselves and your families from the hellfire…”[4]

The change in society and the world at large starts with you. If all of us implemented this āyah we would change the world. The Qur’ān was revealed to one man (sall Allāhu ʿalayhi wa sallam) and within 100 years the people of tawḥīd and Sunnah had spread as far as Spain in the west and what is now Pakistan in the east.

My contention is that if we as individuals start to embody the principles and morality of Islām as exemplified by the Prophet (sall Allāhu ʿalayhi wa sallam) and understood by his companions (raḍiy Allāhu ʿanhum) we will change the society that we live in for the better. Doing this will defeat hatred and terrorism in all forms. This will improve our home lives, make us better role models in the workplace, and eventually provide us with greater geo-political influence to impact the world for the better. We will attain the mercy and blessings of Allāh and His aid in all of our affairs. May Allāh purify our hearts and enable us to embody Islām in our thoughts and actions.

[1] A well-known war on knowledge and epistemology in the context of colonial and imperial subjugation by western powers.