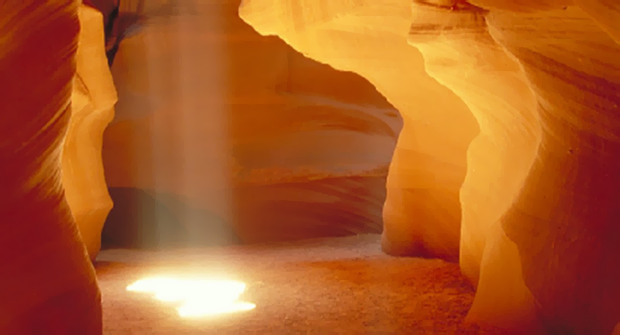 Journey Through The Cave

Sūrah al-Kahf is an amazing sūrah – full of many fawāʾid (points of benefit). It was revealed in Mecca and it is one of those Sūrahs that was revealed all in one go. Daylamī records that Anas said,

Studying this Sūrah makes us realise that the Qurʾān has solutions to problems that we are actually facing in the world today. This Sūrah teaches us what to do in circumstances of trials and tribulations, hardship and oppression. It teaches us how to guard ourselves against fitna and what to do when in fitna. It teaches that Allāh will protect the believers. It includes four main stories centred around fitna:

I Sleepers in the Cave: fitna in religion and istiqāmah (remain firm on Allāh’s dīn);

II Parable of the Gardens: fitna in wealth and property, in the dunya;

What is the link between the name of the Sūrah and its theme? A cave is something people in times gone by, even today, resort to seeking protection against the elements, or from danger – such as a tyrant as done by the Sleepers of the Cave. This Sūrah also teaches us how to protect ourselves against physical and spiritual danger.

Virtues of the Sūrah

“A man recited Sūrah al-Kahf and there was an animal in the house which began acting in a nervous manner. He looked and saw a fog or cloud overhead. He mentioned this to the Prophet (Peace and blessings be upon him) and the Prophet said: ‘Continue reciting, that was tranquillity which came down for the recitation of the Qurʾān.’”[2]

This man was Usayd b. Khuḍayr as mentioned in some narrations. In other narrations the Prophet (Peace and blessings be upon him) said:

“Whoever memorises the first ten verses of Sūrah al-Kahf will be protected from the Dajjāl.”[3]

And one narration in Muslim mentions the last ten verses. So why do these verses, and this Sūrah, have a strong connection in protecting us against the Dajjāl? In general the introduction and conclusion of the Sūrah mention the greatest means of protection against fitna and the Dajjāl – our connection with the Qurʾān.

“Whoever reads Sūrah al-Kahf on the Day of Jumuʿah will have a light illuminating him between the two Jumuʿahs.”[4]

“Whoever reads Sūrah al-Kahf on the night of Jumuʿah will have a light illuminating him from where he is to the Ancient House.”[5]

The light is so strong that it will cover a vast area. It is also important to note that the night of Jumuʿah starts on Thursday after Maghrib.

“Whoever recites Sūrah al-Kahf it will serve as a light for him on the Day of Rising from the place where he is to Mecca. Whoever recites the last ten verses will not be overpowered by the Dajjāl should he arise at that time.”[6]

This Sūrah is also intricately linked to light in this life and the next. This is through the guidance it gives and internalising the many lessons we learn, keeping to istiqāmah. Some scholars counted the words of the Qurʾān, and said that the middle word of the Qurʾān is in this Sūrah, towards the end of the 15th Juz’, in the story of the Sleepers: wa’l-yatalaṭṭaf (be gentle, careful, and cautious).

Muḥammad b. Isḥāq records that Ibn ʿAbbās said, “The Quraysh sent Naḍr b. al-Hārith and ʿUqbah b. Abī Muʿiṭ to the Jewish rabbis in Madinah, and told them, ‘Ask them (the rabbis) about Muḥammad, describe him to them, and tell them what he is saying. They are the people of the first Book, and they have more knowledge of the Prophets than we do.’

“They went. The Rabbis said, ‘Ask him about three things which we will tell you to ask, and if he answers them then he is a Prophet who has been sent (by Allāh); if he does not, then he is saying things that are not true, in which case how you will deal with him will be up to you. Ask him about some young men in ancient times, what was their story, for theirs is a strange and wondrous tale. Ask him about a man who travelled a great deal and reached the east and the west of the earth. What was his story? And ask him about the rūḥ (spirit). If he tells you about these things, then he is a Prophet, so follow him, but if he does not tell you, then he is a man who is making things up, so deal with him as you see fit.’ They also said that this last question was a trick question as no one but Allāh knows about the rūḥ.

“They returned and asked him the questions. The Prophet (Peace and blessings be upon him) said, ‘I will tell you tomorrow about what you have asked me,’ but he did not say ‘If Allāh wills.’

“So they went away, and the Messenger of Allah remained fifteen days without any revelation from Allāh coming to him about the question, and Jibrīl (Peace be upon him) did not visit him either. The people of Mecca started to doubt him saying, ‘Muḥammad promised to tell us the next day, and now fifteen days have gone by and he has not responded to the questions we asked.’ The Messenger of Allāh (Peace and blessings be upon him) felt grieved because of the delay in revelation, and was grieved by what the people of Mecca were saying about him. Then Jibrīl came to him from Allāh with Sūrah al-Kahf.”[7]

The question about the spirit was answered in Sūrah al-Isrā:

“They ask you about the spirit. Say, ‘The spirit is part of my Lord’s domain. You have only been given a little knowledge.’”[8]

The remaining two questions were revealed in this Sūrah, al-Kahf. So from the sabab nuzūl we learn that one of the main purposes of this Sūrah is to cover the story of the Sleepers of the Cave and Dhū’l-Qarnayn. One is mentioned at the beginning of the chapter and the other at the end.

The last verses of the previous chapter, al-Isrāʾ connect in theme to the beginning verses of al-Kahf:

Whilst in al-Kahf, about the story of the Sleepers, Allāh tells us that He is narrating their story with the truth. Additionally, the beginning of the Sūrah also tells us that the Qurʾān delivers good news and warning.

Say: whether you believe or not, those who were given knowledge earlier fall down on their faces when it is recited to them.[10]

In the beginning of al-Kahf talks about the Prophet’s reaction to those who did not believe.

Say: Call on Allāh or call on the Lord of Mercy, whatever names you call Him, to Him belongs the best of names.[11]

In al-Kahf, the Sleepers’ story is about those who call on the Lord of Mercy, whilst also condemning those who invoke others besides Allāh.

Say: Praise belongs to Allāh who has no child nor partner in His rule. He is not so weak as to need a protector. Proclaim His limitless greatness.[12]

This is the last verse of al-Isrāʾ, and al-Kahf begins with praising Allāh, and warns those who claim He has a child, and highlights His omnipotence.

In the coming series we will be, God willing, travelling through this amazing Surah reflecting on what the great exegetes commented over the centuries since its revelation. In the meantime let us prepare our hearts and minds by memorising and reflecting on the first ten verses. The first ten start with ḥamd and end with duʿā, and as such are like a complete unit in themselves. The 10th verse stops on an optimistic note with duʿā for mercy and guidance. After all, the aforementioned ḥadīth does state that memorising these first ten verses serve to protect against the Dajjāl.