#STAND4UYGHURS
Home / Current Affairs / Why are we talking about Fireman Sam? 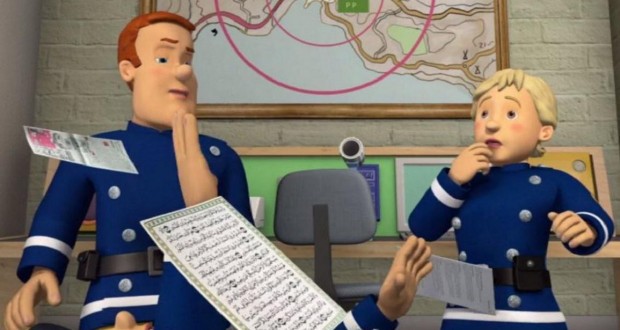 Why are we talking about Fireman Sam?

Wrapped in velvet, placed on the highest shelf, perfumed and honoured, the Qur’an has a special place in every Muslim’s heart. The Qur’an is the uncreated speech of the Lord of the Worlds, the Lord and Master of Mankind, the Creator of the Heavens and Earth. Once this is appreciated it will cause an earthquake in your soul.

Fireman Sam was everyone’s favourite and friendly firefighter. A children’s classic that I remember watching during my childhood and one which runs to this day. So it was with astonishment that I learnt that this children’s program—for some strange and inexplicable reason—contained a page of the Qur’an flying across the screen as a character slipped and fell. Whether or not the character stepped on the page is unclear, and arguably inconsequential; what is subject to outrage is why the pages were there in the first place. This episode first aired in 2014, but was most recently shown on June 28 2016; during the last 10 days of Ramadan. Social media inflamed with other examples of pages of the Qur’an throughout the episode and complaints flying around to the various TV networks that aired it.

HIT entertainment, the producer for the programme and brand owner of Thomas the Tank Engine and Bob the Builder has issued an unreserved apology. HIT entertainment has placed the blame entirely on its Chinese animators despite the stringent editorial process one would expect the finished cartoon to have gone through. Some have noted that David Jones, one of the creators of Fireman Sam, was detained at Gatwick airport for making a comment about a Muslim woman wearing a niqab in 2012.[1]

Why was this done? Subliminal messaging has a long and dark history in film and advertising. Some have claimed that Walt Disney, the so-called father of animation, was a racist and master of the dark arts. In a storyboard meeting on Snow White and the Seven Dwarfs, Disney referred to the scene when the dwarfs pile on top of each other as a “nigger pile”.[2] Disney films such as The Lion King have long been rumoured to contain subliminal messages. In one such scene with Simba the word “sex” appears in the sky. In Aladdin, the ‘hero’ is heard to faintly say: “Good teenagers take off your clothes.” Male genitalia were famously found drawn inconspicuously on the front cover of The Little Mermaid. The list goes on. Of course, Disney states this is not the case and the words are misinterpreted or misheard.[3] The readers are left to make their own judgement.

There is something dark and sinister about desecrating the Qur’an. Fireman Sam’s treatment of the Qur’an has worrying echoes with the behaviour of some prison guards at Guantanamo bay. Reports from Guantanamo Bay detail an instance of a soldier who had a dog carry a copy of the Qur’an in its mouth, in another soldiers were said to have written obscenities within the Qur’an. Other prisoners said the Qur’ans were stomped on and some had been urinated upon. Former detainee Mohammad Mazouz said:

“They tore it and threw it on the floor…They urinated on it. They walked on top of the Qur’an. They used the Qur’an like a carpet.”[4]

Some may argue the scenes in Fireman Sam are even more insidious. Why? Because it was deliberately directed at our children, within whom we work hard to instil a love and respect for the Qur’an. It is well established that children learn by mimicry, and that sadly, they watch the same cartoon over and over and over again. Whilst a parent may not have noticed this brief scene, a child, who may adore Fireman Sam, saw arguably a disrespecting of the Book of Allah. What lasting impact this has is difficult to say. Even if one were to be generous and assume that this was an unintentional error, the fact remains that such an ‘error’ needs to be explained.

Whilst Mattel—the owner of HIT—has not explained exactly how this came about, it is concerning in the extreme to note the deliberate nature and effort expended on the scene. Furthermore, the fact that for 2 years it went unnoticed is something to reflect on. How many children, whether consciously or not, would have seen and absorbed the subliminal messages being relayed to them? This is especially pertinent now that we are in the school holidays and countless busy parents will be allowing their children to binge on television or YouTube videos. Who knows how many other corrupting scenes may exist like this, slipped unobtrusively into our children’s favourite cartoons, witnessed by their innocent eyes without our knowledge.

Whilst the era of the polytheists of Quraish was considered to be that of Ignorance, there does not appear to be any examples of them desecrating the Qur’an. Members of Quraysh would try to raise their voices and drown out the recitation of the Prophet (sallAllahu ‘alayhi wasallam) so others could not hear it as well as beating the weaker companions who dared to publicly recite it, such as Abdullah b. Mas’ud (radiyAllahu ‘anhu). However, despite not accepting it was the Word of God, they were still in awe of it. One such proof is when Abu Jahl would, in the darkness of the night so as not to be seen, stand near the home of the Prophet (sallAllahu ‘alayhi wasallam) in order to hear the Qur’an. Enemies of Islam know very well that since the Qur’an makes so much sense to any open-minded person of sound intellect, you have to resort to other tactics to prevent people hearing it or giving it the attention and consideration it demands. We live in a time where the Qur’an is burned, walked over, urinated upon and otherwise belittled in importance.

It is interesting that the page containing Surah al-Mulk was chosen in the Fireman Sam episode in question. It is within this surah that the inhabitants of the hellfire say:

“Yes, indeed a warner did come to us, but we denied him and said: ‘Allah never sent down anything of revelation; you are only in great error’.”[5]

“Or do you feel secure that He, who is over the heaven will not cause the earth to sink with you and then it should quake?“[6]

Whilst Muslims across the world are upset and hurt at the latest incident, they are urged to do the following:

I. Renew and develop your connection to the Book of Allah. Specifically teach your children surah Al-Mulk. Memorise it yourself whilst you teach it to your children. Sit with your family and read the tafsir of it and as a family reflect over the surah. Manifest this Surah in your own and your families’ lives. Make the Qur’an the spring of your heart.

II. Demand Mattel, which owns the production company HIT entertainment, which in turn is responsible for this deplorable act, to thoroughly investigate this incident and make public its findings. In the event that no investigation is forthcoming or it is not comprehensive, there should be an international, Ummah-wide boycott of Mattel products until the company conducts and publishes a thorough investigation into this matter. Mattel is an American multinational corporation which produces brands such as Fisher Price, Barbie dolls and Hot Wheels. HIT productions, a subsidiary of Mattel, produces Thomas and Friends, Barney & Friends, Angelina Ballerina and Mike the Knight. Such a boycott would include not purchasing any of the merchandise associated with these cartoons including toys, DVDs, clothes and books. The international ‘Muslim Pound’ is strong and growing and we must use our consumer spending power to make a statement when faced with such blatant hatred for our beliefs.

III. We must also be very careful what our children watch, especially in these holidays where it is more tempting for busy parents to put their children in front of the television.

The final word is with the King of Kings (subhanahu wa ta’ala) who says in His noble book:

“Was Is it Allah and His verses and His Messenger that you were mocking…?”[7]