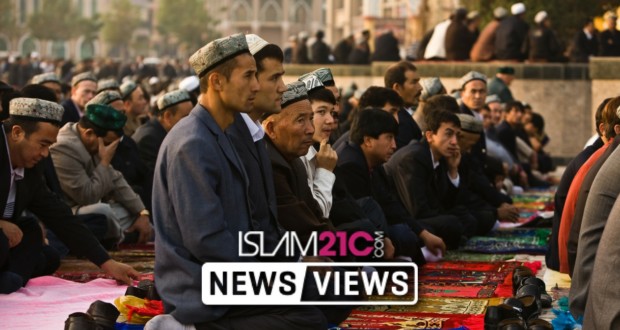 China has reportedly passed a new law that aims to make Islam compatible with socialism, the latest move by Beijing in “Sinicising” Uyghur Muslims and Islamic traditions.

After a lengthy meeting with representatives from eight Islamic associations, government officials, according to the Chinese Global Times, “agreed to guide Islam to be compatible with socialism and implement measures to Sinicise the religion.” [1]

“China will soon release the content of an outline on the sinicisation of Islam, with Islamic communities urged to uphold sinicisation of their religion by improving their political stance and following the Party’s lead,” the Global Times reported. [2]

The new decree is part of a wider campaign of “Sinification” to wipe out Uyghur Muslim identity and Islamic traditions within the Muslim regions of China, mainly the Muslim majority Xinjiang Uyghur Autonomous Region. [3]

The Chinese government, led by Xi Jingping and his Communist Party, have made the practice of Islam forbidden in many parts of China, with Muslims facing arrest if caught praying, fasting, growing a beard and wearing the hijab. [4]

In recent years, the government have banned Islamic symbols from being openly portrayed and as such domes on the roofs of Mosques have been torn down. Religious schools and Arabic classes have also been closed down with children being banned from participating in Islamic activities. [5]

Human rights groups have accused the Chinese government of engaging in a campaign of ethnic cleansing by destroying Uyghur Muslim identity and culture and banning them from practicing their religion.

According to Amnesty International, up to one million Uyghurs have been detained in concentration camps, or “re-education centres” as China refers to them. Uyghur Muslims here face physical and mental torture as they are forced to renounce their religion and pledge loyalty to the Communist Party. [6]

Chinese authorities have repeatedly stated that they are detaining people accused of minor crimes and that they are being held in centres of re-education where they enjoy their time and are ‘grateful’ to be there. [7]

In a report published by Human Rights Watch, the Chinese government have carried out these repressive policies for many years against the Uyghur people and the mass detention of Uyghur Muslims in concentration camps is the latest in a campaign of oppression and repression. [8]

“What we are witnessing is unfortunately a continuation of a precedent long set by European modernity, with its roots arguably in the Spanish Inquisition, where intensely surveilled Muslims were forced out of their Islam, continuously monitored for the slightest signs of Muslimness.[9]

“Many have pointed out that this characteristically modern inability of nation states to deal with pluralism and coexistence (to anywhere near the apparently unachievable standard set by pre-modern Muslim-ruled societies), has been not only continued but been weaponised in the “War on Terror”-fueled policies of western countries today.

“There is a common ideological thread linking European states’ repression of the descendants of former colonies; from effective force-feeding of pork to pupils,[10] to hijab bans, to attempted forced handshakes in schools,[11] the list goes on. The British Values agenda rabidly pushed through by the extreme neocon Michael Gove during the infamous “Trojan Horse” scandal was, after its exposure as a hoax, transmuted into the same language of “integration” and otherwise disciplining of Muslimness according to state and majoritarian doctrines, that we see openly embraced in China today.

“In the meantime at home the obsession of Ofsted with Muslimness, for example, has persisted long after Gove’s humiliating departure.” [12]