Genocide of the Rohingya: Erdogan insists on a firmer strategy 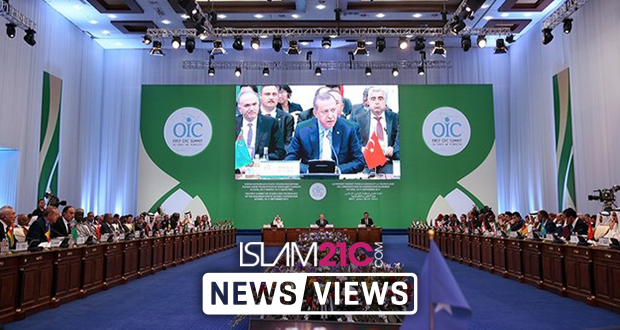 In light of the recent news of the on-going persecution of the Rohingya in Myanmar, Turkish President Recep Tayyip Erdoğan has urged Muslim countries to help stop the cruelty against the Rohingya Muslims by using “every means available”. [1]

During the opening session of the Organisation of Islamic Cooperation (OIC) in Astana, President Erdoğan expressed the need to work together, “…to prevent the humanitarian plight in the region”. [2]

The Organisation of Islamic Cooperation in a statement noted that,

“The meeting called upon the government of Myanmar to accept the UN Human Rights Council’s fact-finding mission to conduct a thorough and independent investigation into all alleged violations of international human rights law and to bring the perpetrators to justice”. [3]

Erdoğan insisted at the summit that,

“International organisations, and we as Muslim countries in particular, should fight together by using every means available to stop that cruelty”.

Turkey has also sent 1,000 tons of aid for the affected Rohingya Muslims in Bangladesh during a recent Turkish delegation, led by Turkey’s first lady Emine Erdoğan, with the promise of a further 10, 000 tons. This aid is apart from humanitarian aid distributed by NGOs operating in Turkey. [4]

She stated, in an emotional encounter with the Journalists;

“It is not possible to be not touched by this situation as a human being. May Allah help them. I hope that the whole world will take care of this issue and take is seriously both politically to find a solution and in terms of providing aid to these people,” [5]

The Rohingya Muslims who are believed to be the most persecuted minority in the world have been brought to the attention of some in recent days as thousands have been brutally massacred by the Burmese security forces and Buddhist extremists.

Erdoğan also made remarks on the situation in Jerusalem and on-going tensions between the Gulf states. He stated,

“What the Muslim world needs in this period is not drift, but unity and solidarity. The crisis in the Gulf region has upset us deeply. We want the crisis in the Gulf to be solved as soon as possible. We can never allow the violation of the holiness of Jerusalem and Ḥaram al-Sharif. We should perform a much more determinant attitude to prevent provocations”. [6]