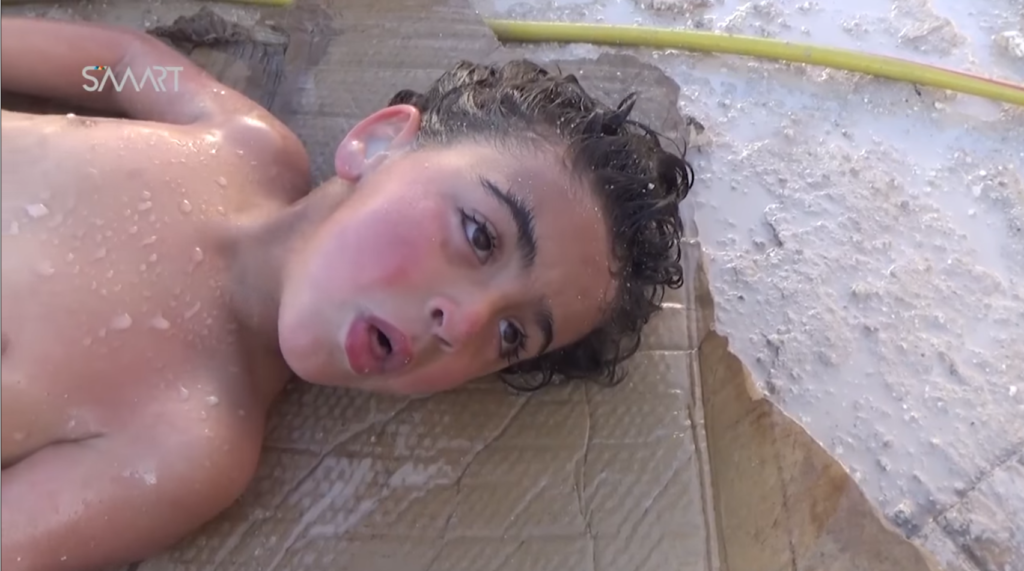 Hospitals across Syria’s rebel-held Idlib province are overwhelmed with casualties from a suspected chemical attack that has killed scores of people and wounded hundreds more, a local health official has told Al Jazeera.

The attack in the early hours of Tuesday morning in Khan Sheikhoun drew widespread international condemnation, with the UN saying it would investigate the bombing raid as a possible war crime.

Munzir Khalil, head of Idlib’s health directorate, said on Wednesday that medical workers were struggling to cope as the number of victims was expected to increase.

“We can confirm the names of 74 people killed,” he said, “but the hospitals expect the number to rise to 107 because many have gone missing and we suspect they have been killed in the attack.”

Khalil said at least 557 people were wounded in the attack and transferred to medical centres and field hospitals across Idlib, in Syria’s northwest.

“I can say almost all of Idlib’s medical facilities include victims of yesterday’s attack. Not to forget, air strikes destroyed a central hospital in Maaret al-Numaan on Monday, a facility that once took care of up to 30,000 patients a month.

“That hospital is now out of service and we are in a state of shock.”

Khalil said al-Rahma hospital in Khan Sheikhoun was also targeted by an air raid shortly after the suspected chemical attack.

The United Nations Security Council is expected to hold an emergency meeting later on Wednesday.

The UK-based Syrian Observatory for Human Rights (SOHR), the monitoring organisation, on Wednesday put the death toll at 99 people, including 37 children.

The Syrian American Medical Society (SAMS), which runs several field hospitals in Idlib, had earlier said that at least 72 people, including 11 children, were killed in the attack.

SAMS doctors on the ground said the attack caused people to vomit and foam from the mouth. Others lost consciousness and suffered muscles spasms.

The group said the symptoms, which also included constricted pupils and slow heart rates, were indicative of an organo-phosphorus compounds agent – a category of toxic gases which includes sarin.

The World Health Organisation (WHO) also said some survivors had symptoms consistent with exposure to a category of chemicals that includes nerve agents.

“The images and reports coming from Idlib today leave me shocked, saddened and outraged. These types of weapons are banned by international law because they represent an intolerable barbarism,” Peter Salama, executive director of the UN agency’s Health Emergencies Program has said.

The Syrian National Coalition, an opposition group, said a gas similar to sarin was used in the attack, which it said was carried out by government fighter jets.

Syria’s military rejected the accusation, saying in a statement on Tuesday that the army “denies using any toxic or chemical agents in Khan Sheikhoun today, and it did not and never will use it anywhere”.

Russia, an ally of Syrian President Bashar al-Assad, said on Wednesday that Syrian aircraft did carry out a raid, but the chemicals were part of a “terrorist” stockpile of “toxic substances” that had been struck on the ground.

The Hague-based Organisation for the Prohibition of Chemical Weapons (OPCW) on Tuesday said that it was in the process of gathering and analysing information from all available sources.

If it is confirmed, it would be the deadliest chemical attack in Syria since sarin gas killed hundreds of civilians in Ghouta, just outside of the capital Damascus, in August 2013.