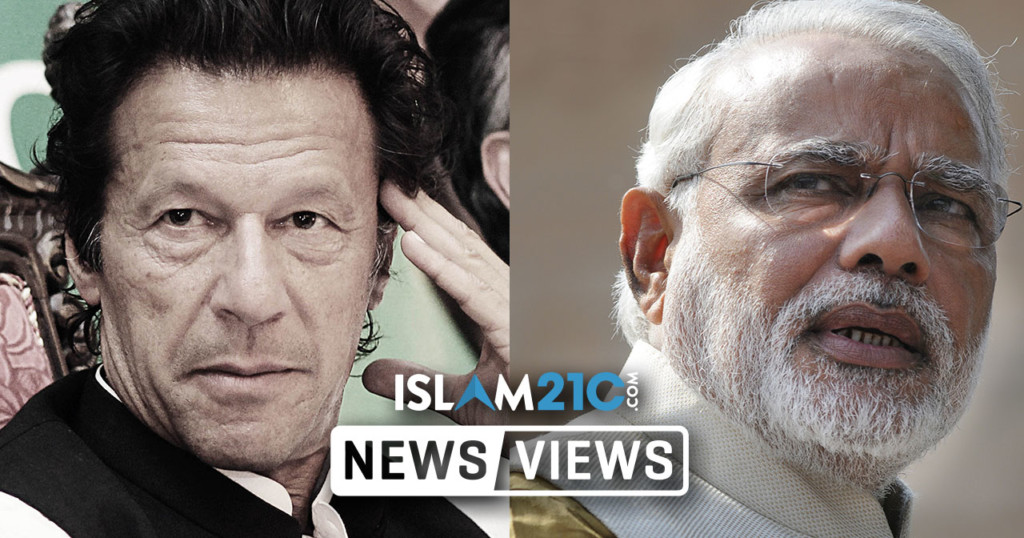 Modi has been accused of exploiting the attack in Kashmir to drive his anti-Pakistan election campaign.

Prime minister Imran Khan has condemned Narendra Modi for escalating tensions between the two nations over a recent attack in Kashmir and has warned that Pakistan will retaliate if military action is taken by India.

Khan made a televised address and asked the Indian government to provide evidence after the latter accused Islamabad of being behind an attack that killed Indian military personnel in the occupied territory of Kashmir.

“If you think that you will launch any kind of attack on Pakistan, Pakistan will not just think about retaliation, Pakistan will retaliate,” [1] Khan said during the address, adding that dialogue was the only sensible solution to the crisis.

Khan also urged that India stop blaming Pakistan without providing any evidence and that Indian authorities should share any information and intelligence with their Pakistani counterparts.

Imran Khan, who was elected prime minister last year, has repeatedly stated that his government is willing to work with India on an array of issues, that if India took one step, Pakistan would take two and recently Khan has offered cooperation in investigating the attack.

The Indian government, however, have accused Khan of making excuses and has refused Khan’s offer of help and cooperation.

The right-wing Hindu nationalist government of India, led by Modi, has been accused of exploiting recent violence in Kashmir as a means to garner more support from the populace by driving an anti-Pakistan election campaign.

The recent violence follows Kashmiri civilians demonstrating against the Indian military occupation and the restrictive and oppressive policies implemented by the BJP that severely limit the freedoms and liberties of Muslims living in Kashmir.

Often times when the people of Kashmir demonstrate against Indian security forces and paramilitaries, they are met with brute violence wherein rubber bullets, tear gas and live ammunition are shot at point blanc range in the faces of many protestors who are blinded, severely injured and killed.

2018 was reportedly the deadliest year in Kashmir in a decade, with 18 women and 31 children making up the 160 civilians reportedly killed out of a total of 586 throughout the year, according to the annual report by Association of Parents Of Disappeared Persons and Jammu Kashmir Coalition of Civil Society (JKCCS).[3]

Khan has also called on the Indian government to halt its oppressive policies in Kashmir and that violent responses by the Indian military are the reason why many young Kashmiris are bearing arms against the Indian occupation.