King Salman will host US Armed Forces in the Kingdom again 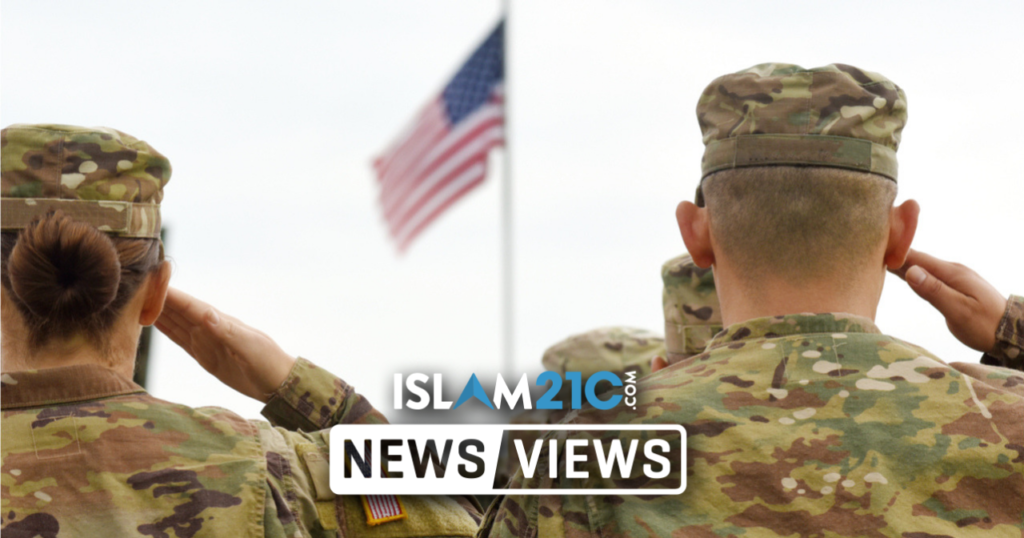 US military personnel are to be deployed in the “Land of the Two Holy Mosques”, after Saudi Arabia confirmed that King Salman had approved the decision. [1]

The move is to take place in order to defend American interests from alleged “emergent credible threats”, as well as to supposedly “strengthen regional security and stability”. [2]

According to the Saudi Press Agency, (the official news agency of Saudi Arabia), an official in the Saudi Ministry of Defense stated:

“…based on the efforts to strengthen regional security and stability, and based on the joint cooperation between the Kingdom of Saudi Arabia and the United States of America…His Majesty King Salman bin Abdulaziz Al-Saud, the Supreme Commander of the Armed Forces, has approved hosting US Armed Forces in the Kingdom to increase joint cooperation in defense of regional security and stability and to preserve its peace.” [1]

The headquarters of the United States Department of Defense, the Pentagon, has also confirmed the authorisation of US troops and resources to Saudi Arabia. In a statement on Friday the Pentagon said that the decision would offer a supposed “additional deterrent” to threats in the region. [3]

Furthermore, a US official is reported to have said that the move consists of around 500 military personnel. [2] Peter Bowes, the BBC correspondent for North America said that “the US is understood to be deploying Patriot air defence missile batteries manned by 500 soldiers to Prince Sultan Base in Saudi Arabia.” [3]

In a statement, the US Central Command said:

“This movement of forces provides an additional deterrent and ensures our ability to defend our forces and interests in the region from emergent, credible threats…”

The US is also planning to send Saudi Arabia a unit of F-22 stealth fighters to the Prince Sultan Base. [3]

The Saudi kingdom has not hosted US combat forces since 2003, when Donald Rumsfeld, the United States Secretary of Defense under George W. Bush announced their withdrawal.

The US started its military presence in Saudi Arabia in 1991 with its Operation Desert Storm during the Gulf War. This presence lasted for 12 years.

If, indeed, a precursor to an attack against Iran, the events can possibly be seen as reminiscent of the 1990-91 Gulf War when authorities decided to do the same thing. Many scholars including Sheikh Muhammad Nasiruddin al-Albani, Sheikh Safar al-Hawali, and Sheikh Salman al-Ouda, amongst many others, strongly rebuked the decision and the religious validation some sought to provide it. They argued that siding with the United States would result in immeasurable death and destruction in Iraq, regardless of the persuasions of its leadership. Nearly 30 years on, this estimation has clearly come to fruition.

Such positions stemmed from the classical understanding that a Muslim ought to not form allegiances with non-Muslims against Muslims. It is during this period that Sheikh Rabee al-Madkhali composed a booklet titled Resisting the aggression of disbelievers and the ruling pertaining to invoking the help of non-Muslims (sadd ‘udwan al-mulhidin wahukm al-isti’anah bighayr al-muslimin).

The text sought to justify the decision to approve the presence of US military forces on Saudi Arabian soil, and criticised Sheikh Safar al-Hawali for the latter’s strong objection. The schism was made worse by the propensity of those who justified the war on Iraq to deride some of the most prominent scholars of the time. This event is thought to have created the present day, well-known ‘religious’ discourse adopted by some that ‘idolise’ the ruler, who requires absolute ‘obedience’, and justifies every decision he makes. It is also thought to be intrinsically linked to the current imprisonment of both Sheikh Safar al-Hawali and Sheikh Salman al-Ouda.

The kingdom has witnessed drastic changes in the past few years. In only the last two years, the Saudi authorities have arrested scores of scholars and activists in what is seen as a significant shift in internal policy led by Crown Prince Mohammad b. Salman. The measures have been dubbed by some as a precursor to introducing more secular-leaning laws. [4]

On Thursday, the Jeddah World Fest took place, a mega music festival, only a short journey from where our beloved messenger Muḥammad (sall Allāhu ʿalayhi wa sallam) is buried. [7] Billed as the largest-ever music concert in the country, in the heartland of Islām and only 50 miles from the House of Allāh, the Kaʿbah, the concert took place despite mass condemnation and criticism across the globe. [8]

The festival was attended by well-known musicians from across the globe. Nikki Minaj, who is known for her “typically revealing outfits and explicit lyrics”, was also invited to perform at the festival. [9] However, she later cancelled her trip and dropped out in what she believes would help “support human rights”. [10]

In a statement, she said:

“After careful reflection, I have decided to no longer move forward with my scheduled concert at Jeddah World Fest.”

“While I want nothing more than to bring my show to fans in Saudi Arabia, after better educating myself on the issues, I believe it is important for me to make clear my support for the rights of women, the LGBTQ community and freedom of expression.”

Her decision to withdraw led to some on social media to begin sneering:

“Well, they gave up every one of their principles to bring her and she stuck to hers. In the end they got nothing…but humiliation.”

Following the withdrawal of Nicki Minaj, the musician was instead replaced by the likes of Janet Jackson, 50 Cent and Future. [11] This is the first time that these musicians have performed in the country or what some would love to dub as the “Land of Tawḥīd”. The musicians were joined by many others on stage, such as, DJ Steve Aoki, rapper Tyga, and singer Liam Payne. [7]