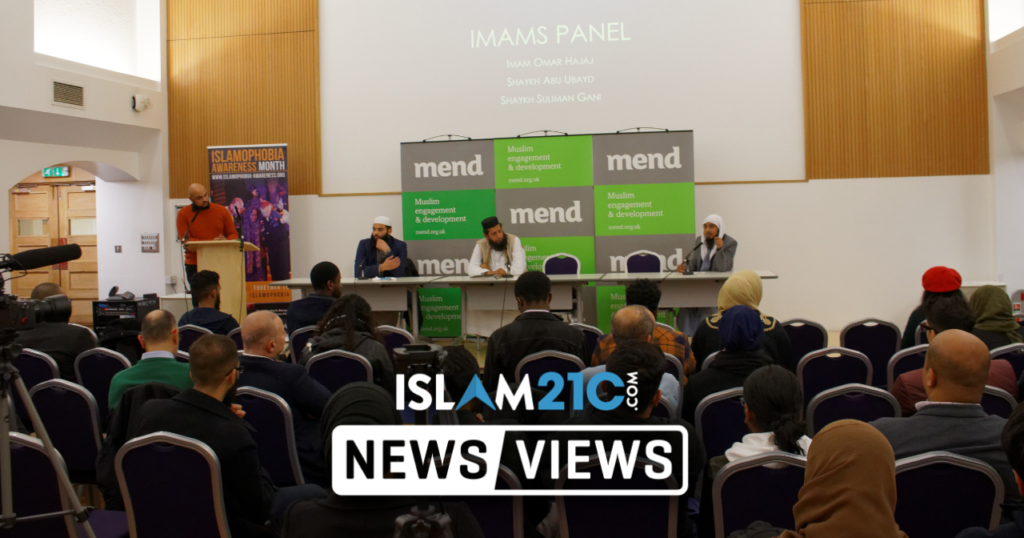 Throughout November, hundreds of events will take place in communities across the UK, bringing together local councils, political representatives, police and crime commissioners, faith-based organisations and places of worship, as well as universities, schools and diverse community organisations.

The aim of the events is to raise awareness about Islamophobia and discuss the best ways of working together to tackle racial and religious prejudices towards minority communities.

Huda Osman (MEND), opened the event, highlighting the importance of the yearly IAM campaign and explained the work that MEND does as an organisation to the audience. A volunteer at MEND, Heba told the audience that having Sabr (patience/enduring) is from the Seerah of the Prophet Muḥammad (sall Allāhu ʿalayhi wa sallam), she explained that although this is the case, this should not be misunderstood and it does not mean we should remain idle but rather be proactive.

IAM itself aims to raise awareness about Islamophobia, hate crime and discrimination, as well as to showcase the positive contributions of Muslims to British society.

Zara Mohammed from the Muslim Council of Britain said that “Islamophobia is a symptom of barriers placed against Muslims” and that “Muslim organisation exist to remove these barriers”.

CAGE’s Community Relations Director, Azad Ali gave three pieces of advice to tackle Islamophobia: (i) understand the oppression; (ii) self-confirmed identity – know who we (you) are; (iii) do not allow our oppressor to set the parameters.

MEND’s Head of Community Development and Engagement, Aman Ali said that MEND has identified 15 marginal constituencies where Muslims can significantly influence the political outcome in the upcoming General Election. He added that “the opportunity is there for Muslims to change the politics we experience in society”.

To find more about Islamophobia, how it affects society, and how IAM works to tackle the problem, visit here.

Islamophobia is More Than Words