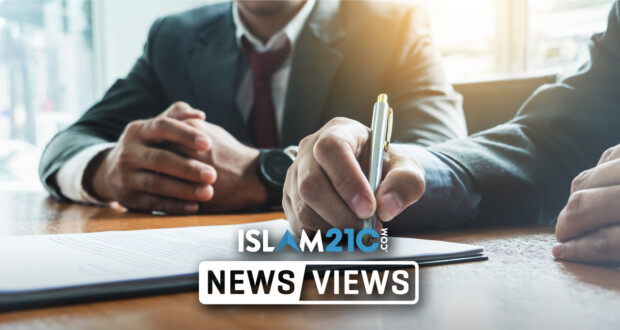 A month after the British Government controversially appointed a man who once said “Europe and Islam is one of the greatest, most terrifying problems of our future” as Chair of the latest re-evaluation of the toxic ‘anti-radicalisation’ programme Prevent, a collective of human rights organisations have jointly declared they will boycott the so-called ‘review’. [1] [2]

William Shawcross – former director of the neoconservative thinktank The Henry Jackson Society, and ex-chairman of the UK’s Charity Commission between the years of 2012 and 2018 – is infamous for his open and extreme dislike of Islam and of Muslims. Citing the history of Shawcross, seventeen human rights groups have come together to form a spectacular alliance against the Government’s latest attempt at reviewing the deeply flawed Prevent programme.

In a blistering joint statement released on the website of Amnesty International, the collective not only “condemn” the appointment of the clearly biased Shawcross, but they also make it known that they will begin a “civil society-led review” of the Prevent scheme.

During his tenure as chair of the Charity Commission, Shawcross was inflammatory and discriminatory towards Muslims in a role where he was supposed to exude impartiality and fairness in regulating charities registered in the UK.

In November 2014, it was reported that a quarter of enquiries and investigations instigated since 2012 by the Charity Commission targeted Muslim organisations, with five British charities undertaking humanitarian work in Syria put under full investigation.

After analysis was carried out using data from numerous FOI (freedom of information) requests, the Guardian found that more than 20 out of 76 live investigations at the time were focused on Muslim charities connected to various masājid, charities providing humanitarian relief, and charities on the ground in war-torn Syria providing much needed supplies to the victims of its ongoing civil war. [4]

“We, the undersigned groups, cannot be complicit in a process that serves only to rubber stamp a fundamentally flawed strategy. We therefore announce a collective boycott of the Prevent review. In lieu of participating in the government’s review, civil society groups will conduct a parallel review that properly considers the harms of Prevent, including documenting discrimination and rights violations caused by it.” [3]

Prevent is one of the four stands of the Government’s counter-terrorism strategy, which is known as ‘Contest’. Unlike the other strands – which exist to deal with things related to actual terrorism – Prevent was created to combat “extremism”, which was defined as the opposition to “British values”. This was due to the misguided and ideologically-based belief – now rejected by the Government – that “extremism” causes terrorism. [5]

This underlying “radicalisation” theory still remains in the Prevent vocabulary despite the Government distancing itself from the refuted conveyor belt theory and the ERG22+ “extremism” risk factors that were once offered as justifications for the policy before their “scientific” basis was condemned by 140 experts across the world off the back of a CAGE report exposing it as “pseudoscience”. [6] [7] [8]

According to a report published by the racial equality organisation JUST Yorkshire, the Prevent strategy is having disturbing consequences on society. The report stated that the strategy is “built on a foundation of Islamophobia and racism”, and that it is “ineffective and counterproductive” and should be repealed. [9]

The independent organisation PREVENT digest calls for Prevent to be suspended and reviewed, describing the “evidence” underlying it “as flawed and racist as early attempts to classify criminals by head shape”. [10] The organisation adds that Prevent stifles debate, as attested by the Home Affairs Select Committee. [11]

The United Nation special rapporteur on racism stated, “The Prevent duty is inherently flawed, and expansion of a flawed program to cover more groups is by no means curative”. [12] This expresses that the targeting of far-right groups does not obfuscate the harm carried out by the Prevent strategy.

Figures published by the Home Office display an increase in Prevent referrals across the country overwhelmingly targeting Muslims. The released figures show that 65% of the 7,631 referrals refer to Muslims, despite this demographic being approximately 5% of the population. A reported 56% of the total referrals were aged 20 or under, whilst a quarter of the referrals were of under-15s. Most of the referrals came from the education sector, followed by the police. [13] [14]

Muslims comprise approximately 5% of the United Kingdom, [15] and less than 5% of the perpetrators of “successful and foiled” terror plots, [16] yet they are vastly overrepresented in the counter terrorism matrix – from Prevent referrals to Schedule 7 stops and searches to “terrorism” convictions. Not only does this lead to unjustified fear and panic from the broader population, it also contributes to the alienation and disenfranchisement of many young or mentally vulnerable Muslims. [17]

This is one of the reasons that an increasing number of researchers and activists have been warning that Prevent is not just ineffective but actually counterproductive. A sense of alienation, disenfranchisement, experience of racist double standards, and so on have long been significant empirically-determined causal factors involved in the likelihood of some people to be drawn into political violence and terrorism, emphatically not the non-violent beliefs and opinions – be they “radical” or not – that the Prevent programme has been focusing its attention on. [16]

The cosignatories of the joint statement are listed below: