Turkey hits back over US sanctions 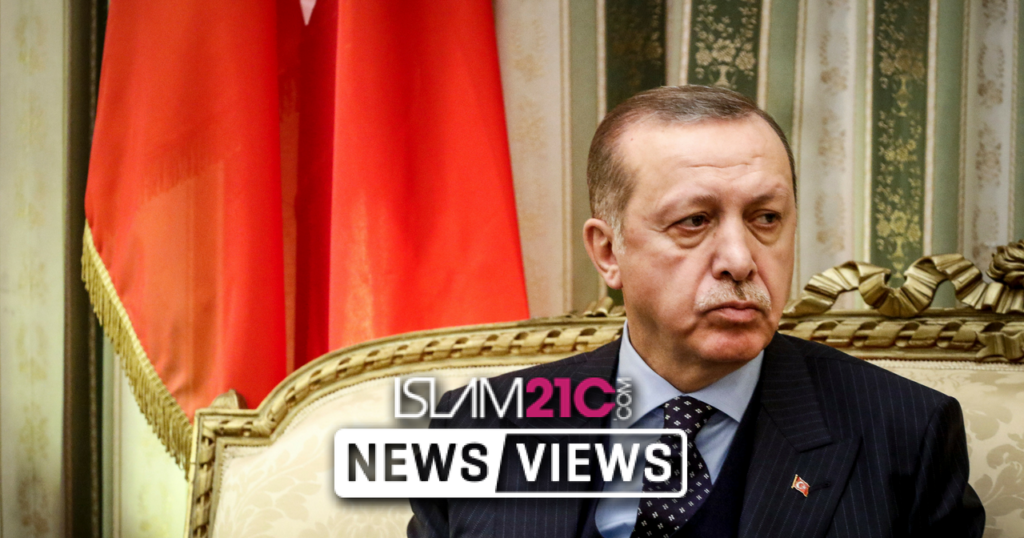 Turkish President, Recep Tayyip Erdoğan has announced retaliatory measures against the US after it decided to impose sanctions on two Turkish ministers over the arrest of a US Pastor residing in Turkey.[1]

American Christian missionary Andrew Brunson who had been running a church in Izmir on Turkey’s western coast, was arrested in October 2016.

Brunson was alleged to have been involved in spying for the PKK (which both countries consider a terrorist organisation)[2] and colluding with the “Fetullah Gulen Terrorist Organisation” (FETO) which is said to have been behind the failed coup in 2016.[3] [4]

On Wednesday, Washington imposed sanctions on two Turkish ministers in retaliation for the arrest of Pastor Brunson.

In response President Erdoğan instructed the freezing of assets of the US “justice and interior” ministers and remarked that the Turkish nation will not step back because of “threatening rhetoric and silly decisions” of sanctions.

This is the latest in a series of small diplomatic spats between the two countries who were once closer allies. Decades ago this incident may have played out very differently where a dominant USA would have found a country ready to accede to almost every request.

However, under the leadership of President Erdoğan, Turkey has been transformed into a political, military and economic powerhouse. In the past Erdoğan has strongly criticised and urged reform on the UN Security Council by saying that the ‘World is bigger than Five’.

This latest incident has been described as a sign of Turkey’s growing and substantial global presence. Indeed, for many Muslims Erdoğan is seen as the de facto leader of the Muslim world, occupying the role that Saudi Arabia once played, but has since vacated.

The Evangelical Christian lobby in the USA is particularly exercised by Pastor Brunson’s arrest and is also a significant source of support for Donald Trump.[5]

As such, Trump cannot be seen to accede to Turkey. Trump tweeted that it was a “disgrace” that this “wonderful Christian husband and father” had been held “hostage” by the Turkish authorities.[6]

Equally, President Erdoğan can ill afford to appear weak on this issue, especially given the reforms in Turkey, under Erdoğan, that has led to a demonstrable democratisation of the country. [7]

Previously, power in Turkey was centralised with the military, however through the latest reforms in governance, approved by the electorate, the power has shifted to the political sphere.

President Erdoğan is no stranger to realpolitik, look no further than his relationship with Putin following the downing of the Russian fighter jet.[8]

However, given that Trump’s appreciation of nuance is even less than Putin’s, this diplomatic tiff is likely to continue to fester.