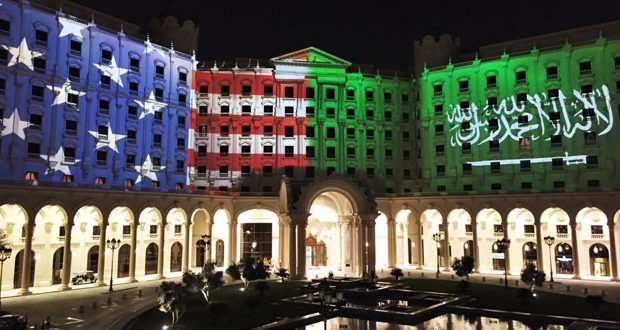 Trump’s Saudi Adventure: a Lesson from the Sīrah

Left with no recourse, Abū Sufyān returned to Makkah in bitter disappointment without having achieved any of his objectives. In addition to the example given here as to how the Muslims dealt with the head of a regime hell-bent against the believers, a memorable and oft-reflected upon incident with the daughter of Abū Sufyān occurred during his visit. The daughter of the then-enemy of Islam was none other than the beloved wife of the Prophet (sall Allāhu ʿalayhī wa sallam), Umm Habībah (radiy Allāhu ʿanhā), who despite her father was celebrated and loved as one of the “Mothers of the Believers”. During this tumultuous time of political unrest and uncertainty, the Prophet (sall Allāhu ʿalayhī wa sallam) permitted Abū Sufyān to visit his daughter in the very household of the Prophet (sall Allāhu ʿalayhī wa sallam).

When he entered her home, Abū Sufyān went to sit on a particular mattress, but Umm Habībah (radiy Allāhu ʿanhā) pushed it away from him. Her father was surprised by this and proceeded to ask her “I do not know; is it that you thought that I was too good for this mattress or that it was too good for me?” She (radiy Allāhu ʿanhā), said to one of the most honourable dignitaries and statesmen of Makkah at the time:

“Rather, this is the mattress that the Messenger of Allāh (sall Allāhu ʿalayhī wa sallam) sits on, and you are impure and unworthy of sitting on it.”

It is this story that resonated in my mind when I heard the news of Donald Trump visiting “the heart of Islam” this weekend. The hypocrisy and ludicrousness of this visit was ridiculed and mocked by Muslims and non-Muslims alike all over the world. Countless commentators remarked at the outrage of someone who got into power off the back of scapegoating Muslims and exploiting the blind, vitriolic Islamophobia across the most ignorant and foolish of the United States, from a state that has been actively initiating and perpetuating mindless aggression all over the Muslim world, having the audacity to lecture Muslims about peace and toleration.

Umm Habībah (radiy Allāhu ʿanhā) did not view Abū Sufyān (radiy Allāhu ʿanhu) in the aforementioned incident as a statesman or even as her father who—in normal circumstances—deserves to be honoured. But rather, she viewed him as a leader of enemies of Muslims and a man who had waged war against innocents and the Messenger of Allāh (sall Allāhu ʿalayhī wa sallam) himself, for the past two decades or so, for no other reason but his irresistible call for the liberating of human beings from the subjugation and servitude to other creatures, into the servitude of their Creator.

What Umm Habībah had just done was just like what had happened in the battle of Badr; an encounter between father and son, a man and his brother and members of the same kith and kin. Such examples show that the bond of īmān and the glorification of Allāh are more sublime and stronger than the familial bond with those who opposed īmān, tortured Believers and drove them out of their homes. Allāh says:

“The believers are nothing else than brothers…”[1]

“[O Muhammad] will not find any people who believe in Allāh and the last day, making friendship/alliances with those who oppose Allāh and His Messenger even though they were their fathers, or their sons, or their brothers, or their kindred. For such He has written īmān in their hearts, and strengthened them with a Rūh [proofs, enlightened true guidance] from Himself. And He will admit them to gardens beneath which rivers flow to dwell therein [forever]. Allāh is pleased with them, and they with Him. They are the Party of Allāh. Verily, it is the party of Allāh that will be successful.”[2]

Allāh indeed prevents the believers from befriending those who seek to cause them harm and spread corruption and unrest across the globe, even if they be their fathers, brothers or kindred, let alone “friends”, which the Trump administration were referred to during the visit.

Umm Habībah’s (radiy Allāhu ʿanhā) objections for the head of a treacherous, hostile, disbelieving state to sit on the mattress of the Prophet (sall Allāhu ʿalayhī wa sallam) where his blessed body laid, was on account of Abū Sufyān leading a people who were responsible for the persecution, oppression, torturing and killing of many innocent Muslims as well as their ignorant hatred of Islam.  And yet today we see some Muslim leaders accept with open arms and even dance with a person that wished to ban Muslims from his country, and contributed to a “massive spike” in Islamophobic attacks against innocents.[3] Drawing on the example of Umm Habībah (radiy Allāhu ʿanhā), it should not be forgotten that this is the land where the Messenger of Allāh’s (sall Allāhu ʿalayhī wa sallam) blessed body is laid to rest.

Of course, all Americans cannot and should not be treated the same, since among them are good people and among them are bad—just like any other collection of human beings. However, the anger felt towards the immoral and heartless state apparatus naturally by anyone with a conscience must not be belittled or denied a constructive, peaceful expression. We have all seen what carnage individual acts of indiscriminate violence do to a community and nation, and the pain and heartache of a Muslim ummah upon whom 26,171 bombs were rained down in the last complete year,[4] effectively indiscriminately (with a 28:1 civilian:target ratio[5]) has to be understood and appreciated.

Trump is the head of the perpetrating state apparatus that has oppressed, persecuted, tortured and killed innocent Muslims and non-Muslims and continues to do so. This is an individual who has passed clearly discriminatory laws on the exclusive banning of Muslims from certain countries, whose whole presidential campaign was based on his exploiting and exacerbating the scapegoat-hatred of Islam and Muslims, and whose oppressive state apparatus continues to hold a Muslim-only prison with no due process: Guantanamo Bay. The very same deep state protects the illegal occupying state of Israel and allows it to wage its ideological war on defenceless men, women and children whose only sin was being born “the wrong race”.

It is true that the actions of corrupt states and dictators in some Muslim-majority lands are not something that is unexpected when looked at in their historical context, as regards to how they were formed and their track record since. However, the issue at hand here is worse on account of the open hostility Trump and his administration have shown towards Islam and Muslims. Some Muslim leaders have indeed reached a new level in the treachery to the Muslim world in openly joining hands with unjust people who, much like the confederates had done at the time of the Messenger of Allāh (sall Allāhu ʿalayhī wa sallam), planned, plotted, and laid siege against innocent Muslims.

The fact that they dare to commit their treachery so openly in view of all, also reveals their arrogant state of mind, which offers a blessing in disguise. We know that the sunnah of Allāh is such that He gives respite to oppressors such that they increase in their sinfulness, and it is when they become haughty and arrogant in their oppression that Allāh seizes them. Indeed, there is no change in the sunnah of Allāh.

Previous: Explosion in Manchester, Katie Hopkins reported to police
Next: Saudi Supreme Court calls on Muslims to sight the crescent