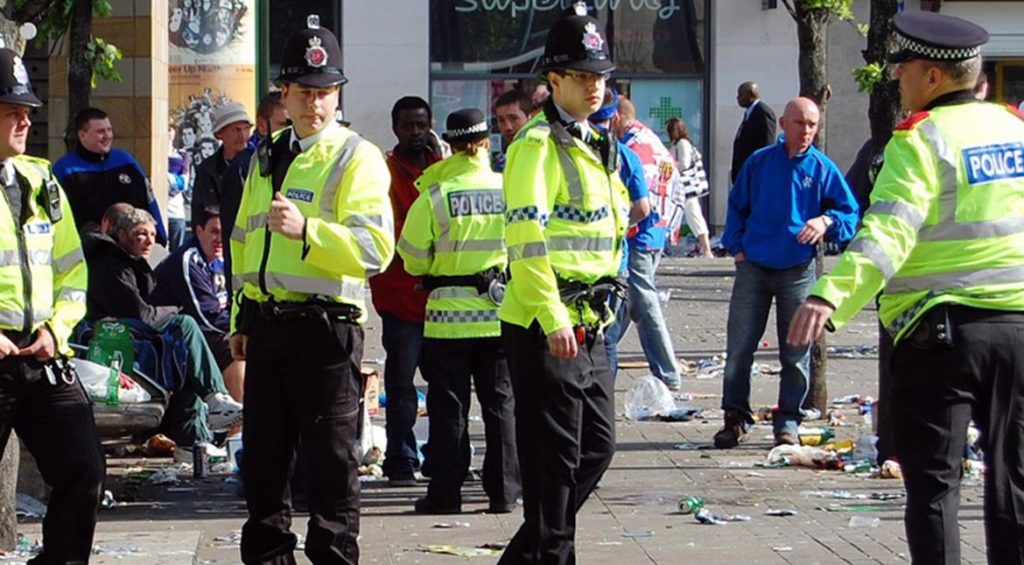 Members of the public have reported Katie Hopkins to the police following apparent calls to violence after the tragic explosion at a children’s concert in Manchester last night. 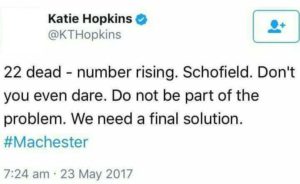 “Don’t you dare” she told the TV host, who was presumably treating the issue with more nuance and care than she was comfortable with. She warned him, “Do not be part of the problem. We need a final solution.” After which she proceeded to spell Manchester incorrectly.

She deleted the tweet and replaced it with a rewording of the Nazi slogan. She then issued a call to arms to “western men” in a tirade of anti-Muslim tweets: 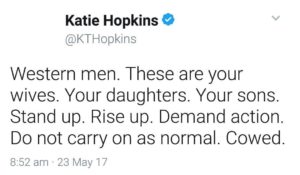 She has been reported to the Metropolitan Police, who have said that it is too early to confirm whether or not an investigation will be launched.[1]

The explosion occurred when thousands of people, including many children and teenagers, were leaving a concert at the Manchester arena going towards Victoria Station. It injured more than 50 people, killing at least 22, including children.[2]

Police are treating the Manchester bombing as a terrorist incident, but have said that there is not enough information yet on the motive or who the perpetrator was. Greater Manchester Police urged the public not to speculate and interfere with the ongoing investigation.

The attack in Westminster earlier in the year also drew a lot of speculation of being linked to ‘ISIS’ which was then, embarrassingly for some, proven false after the damage had been done.[3]

Despite the pleas from the police and past mistakes, many are unfortunately opportunistically using this to vent hatred against people they do not like or to push an ideological agenda of securitisation. 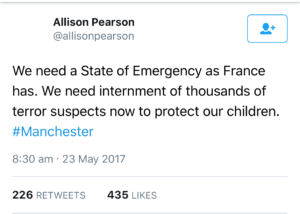 Despite such abhorrent reactions from those who seek to perpetuate fear, mistrust and violence, the people of Manchester displayed a noble solidarity with those affected, with people offering those stranded at the venue a room to stay for the night.

There were also many reports of Muslim cab drivers, who are regularly subject to abuse up and down the country when Islamophobia is heightened, offering free lifts to people to get home after the trains were suspended following the explosion.

Anyone stranded? We will take you home free off charge. Call 01612283333 #roomformanchester #ManchesterArena #Manchester #manchesterattack

If you encounter any threatening racist or Islamophobia behaviour, attack or incitement to violence, you can report it to the police by dialling 101 or 999 in an emergency.