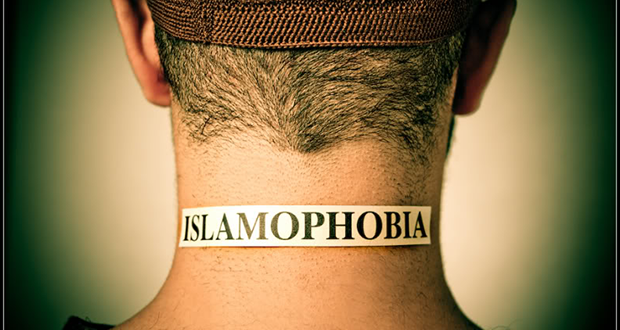 Fanatics from anti-Muslim organisations have sought to make life very difficult for countless everyday innocent, law-abiding Muslim Britons for years. They have done this by campaigning for restrictions of their civil liberties (such as what clothes Muslims choose to wear, or what they teach their children), or inciting hatred against Islamic organisations in the media and the authorities.

The Council of Ex Muslims is one such organisation that purposefully targets mainstream Islamic organisations – those dedicated to providing a balanced message of Islam.  They do this through various campaigns of ideological hatred such as inciting the distrust of religious communities and organisations through their various events.

One of their events is being held over this weekend at an esteemed Hotel in London, entitled The Religious Right, Secularism and Civil Rights.  Below is a short synopsis of some of the writings and speeches of the CEMB and one of its main speakers – Maryam Namazie.

The CEMB consists of members who describe themselves as “ex-Muslims”. The organisation has been set up to challenge religious orthodoxy and normative Islamic traditions and values.

The founder of CEMB, Maryam Namazie, is an outspoken Communist who has expressed her disdain for all religion for many years. Communist thought is traditionally anti-religious and communist activists or ideologues have obvious non-negotiable presuppositions about religion. On religion Namazie has said,

“The tenets, dogma, and principles of all religions are equal. I don’t believe in good or bad religions; in my opinion all religion is bad for you. Religion should come with a health warning like cigarettes: ‘religion kills.’” [1]

“I didn’t want to just hold the Islamic regime of Iran’s flag so I cut out the Allah in the centre of the flag and let it show my vagina instead. Much better, don’t you think?” [2]

Another concern is the fact that CEMB’s modus operandi is to provoke. Namazie highlights this strategy during CEMB’s anniversary conference, she says,

In another lecture she asserts that Shariah law (Islamic law) is an,

“abomination, I think it’s a scandal, a human rights scandal, of gigantic proportions…Shariah law is antithetical to human rights, to freedoms, and to women’s rights and equality.” [4]

This type of rhetoric does not only provoke outrage, but it is these kinds of statements that are irrational and unbalanced. It is this type of hate-mongering that is intended to provoke.

Namazie’s communist affiliations must be understood to clearly undermine her ability to be honest and provides adequate context for her ideological bias. Mansoor Hekmat, the Iranian Marxist, has influenced Maryam Namazie the most. She quotes him favourably,

“In Islam, be it true or untrue, the individual has no rights or dignity. In Islam, the woman is a slave. In Islam, the child is on par with animals… This is the religion of death. In reality, all religions are such but most religions have been restrained by freethinking and freedom-loving humanity over hundreds of years. This one was never restrained or controlled. With every move, it brings abominations and misery.” [5]

The breakdown of the quote above exposes Mansoor Hekmat and Maryam Namazie as extremist ideologues. Hekmat is unable to distinguish between Islam and Muslims.  He believes in a monolithic threat and sees a polarised world between reaction and freedom.  He gives blanket condemnation (“In Islam, be it true or untrue”); he loves clichés (“the individual has no rights”); he makes a bold-faced lie (“the child is on par with animals”); he caricatures Islām (“religion of death”); his statements are unqualified (“most religions have been restrained by freethinking”); he dehumanises Muslims (as against “freedom-loving humanity”); he spews hate speech (“never restrained or controlled”); and he has apocalyptic predictions (“With every move, it brings abominations and misery”).

It is unfortunate that the government and other liberal parties have not done much to curtail this barrage of anti-religious abuse that is now so apparent.  When looking for extremist preachers, they would do well to look at the writings and speeches of the CEMB and its members. After all, the UN Human Rights Council Resolution 16/18, to which the UK is committed to according to the latest Human Rights report published by the FCO,

“Condemns any advocacy of religious hatred that constitutes incitement to discrimination, hostility or violence, whether it involves the use of print, audio-visual or electronic media or any other means”

As for the CEMB, it appears that their disdain for religion has made them the very thing that they claim to despise – people of hate.  They would do well to take a good look at themselves the next time they are on the hunt for ‘so-called’ extremist preachers.  The worst kind will be looking straight back at them in the mirror.

Ex-Muslims’ campaign of hatred against iERA

“Hate-Evangelising” Telegraph Uses Extremist Material in its Report on iERA

Kamran is a former chartered accountant. In his spare time, he is involved in various charitable endeavors both at work and at home. He is married with 4 children and now lives in the United Kingdom.