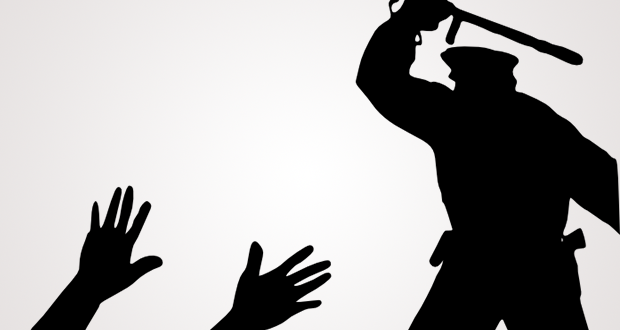 On Tuesday 7th October, five young men, one of whom was named as 21 year old medical student Tarik Hassane, were arrested in police raids on their homes, on “suspicion of forming a terror cell in London”. Without verifying the information, a number of news outlets reported that these men were “jihadists” and a threat to national security in the UK, thus insinuating that they were guilty before any rule of law was applied to them and their circumstances. But on what grounds were these arrests made? And was there enough evidence beyond reasonable doubt to assume these men were “terror suspects” and a danger to the British public?

On Monday 6th October, Tarik Hassane sent a tweet “Oi lads…I smell war” [1] to two friends, which was isolated and stripped of its surrounding context by the British media, and half-wittedly reported as a sign of admission that he was about to instigate a terror related incident in the UK. Itching to break the story as quickly as possible and grounded by their unprofessional standards, they failed to mention that the tweet was sent to Tarik’s friends who were witnessing an argument between a number of females on Twitter. Not wanting himself or his friends to be involved in the dispute, Tarik sent the tweet to tell his friends that they should leave because a “war”, in other words a big spat, was about to take place between the females [2]. But conveniently ignoring the real context of the tweet, in typical sensationalist fashion, the British media, including The Sun, Channel 4 News, Metro and The Independent, who have frequently exaggerated and even published false stories against the Muslim community in the UK, reported that Tarik was arrested because his tweet implied he was guilty of planning a “terror attack”, when there was no evidence to substantiate this claim [3] [4] [5] [6].

What is greatly alarming is the manner in which Tarik was arrested. It has been reported that excessive force, through the application of stun grenades and tasers, was used when the police broke into his home [7]. Furthermore, the raid was unjustifiably violent and was described by some as tactics that would go unnoticed in a militarised police state. So while the media were quick to paint Tarik as a possible terror suspect based on one innocent tweet between friends, their biased reporting failed to report the police brutality committed against Tarik during his arrest. Additionally, the ease in which Tarik was accused of terror related offences is also extremely troubling.

In the wake of his false arrest, there has been a major outcry and support for Tarik on Twitter and Facebook; showing that the British public is now beginning to see through the Islamophobic agenda of the British media and their sensationalist stories [8]. Using the hashtag #JusticeForTarik, Twitter users have demanded that Tarik and the other four men arrested on false terror charges be released. In fact, many of Tarik’s non-Muslim friends condemned the media who they believe sensationalised a false story against him [9].

This story may cause some to draw parallels with the arrest of Moazzam Begg seven months ago, when he was falsely arrested under the guise of terror related offences in Syria, that were recently proven to be false. It was found that the British security services and politicians such as Teresa May withheld vital information that would have exonerated Moazzam on the day of his arrest [10]. On that occasion, the Muslim community in the UK, their leaders and Imams remained silent, and were afraid to speak out for an innocent man incase they were scrutinised themselves. But how long will the Muslim community remain silent; too afraid to speak out for innocent men arrested on a weekly basis under false terror charges?

This has now occurred too frequently for the Muslim community to ignore what is happening and the current events taking place in Australia against Islam and Muslims, should serve as a reminder to them that they cannot sit silently while their community is victimised, abused and subjugated by the government [11]. Instead, the Muslim community must raise their voices in unison and campaign to end the attacks aimed at innocent Muslims. The following should serve as a reminder that Muslims must show unity during these troubling times; the Prophet (sallallahu alayhi wasallam) described the Muslim nation as unique and that their honour was only established when they were all safeguarded from trouble [12].

For this reason, Muslim organisations, community leaders and Imams must fully support the campaign to help release Tarik, and the other Muslims falsely arrested on Tuesday. While some from the Muslim community are happy to embrace secular values, and follow a government set agenda by condemning anything they feel does not follow their interpretation of “Britishness”, those who follow an orthodox interpretation of Islam must make a stand by campaigning and defending their fellow Muslims, not because they are told to by the government, but because it is a religious and moral obligation to do so.