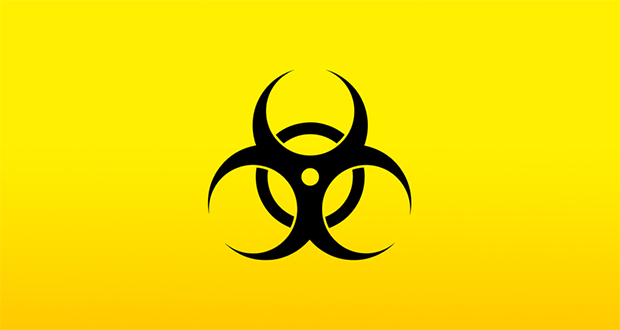 On the 18th of September, 31-year-old father-of-two Mohammed Ali was sentenced to eight years in prison[1] for trying to buy ricin off of an undercover FBI agent on the Internet, inspired by the TV series Breaking Bad. This was following the Aspergers syndrome sufferer’s conviction for the offence after a trial in July.[2] When I read the story last Friday, I thought this was another routine case of someone convicted of “terrorism”, as the headlines led me to believe. As it turns out, the defendant was in fact convicted of attempting to possess a chemical weapon pursuant to the Criminal Attempts Act[3] and the Chemical Weapons Act.[4]

The conviction is compelling for two reasons. Firstly, it was a case where there was a nexus to explosives in which a terrorism conviction was not sought. It displays how conditioned I am to expect the government to use the appealing use of the term terrorism to support a conviction.

However, what is more interesting is the fact that the regular criminal law was applied to deal with an act which may fall into a definition of terrorism. The perpetrator was inspired to explore the chemical compound of ricin after watching Breaking Bad, where ricin is the main character’s weapon of choice. The case is another example of how the regular criminal law can be used to stop illicit acts without the need to resort to the use of terrorism laws.

The conventional criminal law has previously dealt with purported terrorism plots. For example, Zaccarias Moussaoui pleaded guilty to conspiracy to commit murder for his connection to the 9/11 attacks. Richard Reid, the shoe bomber, was convicted for attempted murder after trying to detonate a bomb on an aeroplane. The ordinary criminal law includes inchoate offences such as conspiracy, incitement and attempt which can be utilised long before any felonious terrorist violence can occur.

Unfortunately, there is a consensus amongst most Parliamentarians that a body of terrorism law within the criminal framework must exist. This can be displayed through the cross party consensus of passing terrorism laws such as the Counter-Terrorism and Security Act.[5] The justification for such a stance is that the regular criminal law cannot combat the threat of terrorism. The crime of terrorism is seen as such an egregious act, which can cause widespread destruction, that the police need greater powers. I had written in a previous article that this attitude has led to an era of pre-crime.[6] Police are allowed to intervene and arrest someone when they are far removed from a delinquent act.[7]

However, there are a number of inherent problems in trying to define terrorism and use it as part of the criminal law. The polity in trying to attain an objective definition is impossible, and Margaret Thatcher’s adage that “Crime is crime is crime. It is not political”[8] is palpably false. The cliché of “one man’s terrorist, is another man’s freedom fighter” is a cliché because it is true. A terrorist is in the eye of the beholder. We should remember but are actually keen to forget that “Osama bin Laden was a freedom fighter for Reagan but a terrorist for Bush. One can change sides without changing tactics.”[9]

The term “terrorism” is used by the political classes and the media in an opportunistic manner to describe actions and ensure pejorative connotations to a particular case. It can be argued that this is a tactic used to enforce greater constraints on citizens’ civil liberties or to start wars abroad in the name of national security. When I think of an act of terrorism, for example, I think of images of innocent civilians dying. I assume most people would think of something similar, perhaps 9/11 or 7/7. However, in common usage the term terrorism is applied to acts where a civilian has not been hurt nor has there been an attempt to hurt or incite others to hurt.

An example is the case of Afsana Khayum who was sentenced to 18 months in prison on terrorism charges,[10] for having possession of Al-Qaeda’s Inspire magazine. Another example is the case of Rizwaan Sabir, who was arrested for downloading an Al-Qaeda training manual from the US Department of Defence website, as part of his Masters research at the University of Nottingham.[11] If we described these acts as they were, rather than in inflammatory headlines, maybe the population would not be so receptive to many of the arrests and convictions taking place. Perhaps we would not be so keen to surrender our civil liberties to the state and security services to “keep us safe” from so many “foiled plots.” The word “terrorism” is instead used as the “rhetorical servant of the established order.”[12]

The securitised mindset of our politicians is wrong. Terrorism laws should not exist. The focus on a motive for terrorism such as an ideological, political or religious cause, as in the British Terrorism Act[13] is inconsistent within the wider British legal framework. Substantive criminal law looks at the mens rea or the guilty mind of an individual. Crimes require either intention or recklessness to be crimes. Motive is irrelevant in determining guilt.

The above is a technical, legal argument. However, there are practical problems through having terrorism law, especially the motive requirement. When there is a focus on the defendant’s religion or politics this can prolong trials. The use of expert witnesses to explain the meaning of religious or political doctrines to the jury elongate trials ad nauseum. It can also generate a deleterious effect of making it appear that the accused has been arrested on the basis of their faith or ideology.

Criminal investigations considering “terrorism” should focus on the violence or preparation for the violence rather than on the philosophy upon which they are allegedly based. A focus on an ideology could have the adverse effect of discriminating against religious or political groups which express views which are disliked by the mainstream in society. The police will invariably profile what they assume is the archetypal terrorist. In yesteryear in the UK this was an Irishman; today it is somebody who looks like a Muslim. It has led to particular groups being labelled a “suspect community.”[14]

The British government has used the term terrorism to justify the infringement of civil liberties and the rule of law. Such a politicised approach to crime prevention has led to the sweeping criminalisation of the Muslim community. The regular criminal law is sufficient to deal with acts considered terrorist. An alternative body of law need not exist.