Catastrophe in Yemen: the Elephant in the Room: 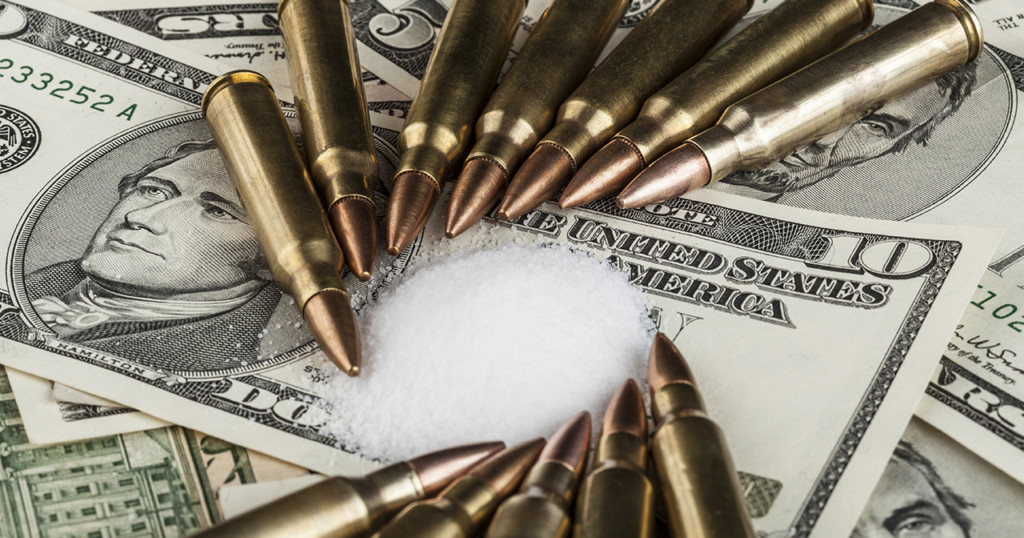 Jamie McGoldrick, the UN humanitarian coordinator in Yemen, to the BBC.

In a one-minute video clip released recently, a little girl victimized by the cruel bloody war in Yemen sang some emotional lines which gave a strong message to an indifferent world which has forgotten them, about the relentless suffering her people have been undergoing for no fault of their own. The essence of the song: ‘We are the children of Yemen … Do you hear our cries? Do you feel our pain? Enough… enough of this cruel war…. We are tired and our hearts are bleeding. Why don’t our lives matter to the world?’ no doubt brought tears to all those who lent an ear to her plea.[1]

No one has been spared in the war in Yemen. For the past three years, Saudi-led coalition airstrikes have killed and injured thousands of civilians, destroying homes, schools, hospitals, and even hitting weddings and funerals. The high rates of civilian casualties and the destruction of civilian infrastructure caused by this indiscriminate war have been horrendous. With at least 10,000 people killed in the fighting and more than 22 million people – three-quarters of the population – in desperate need of aid and protection, of which 11.3 million are children, UN Secretary General Antonio Guterres and the EU quite rightly referred to the situation in Yemen as ‘the world’s worst humanitarian crisis’. UN Humanitarian Coordinator in Yemen Jamie McGoldrick too stated “It’s probably one of the biggest crises in the world but it’s like a silent crisis, a silent situation and a forgotten war”. Nevertheless, unlike other hotspots in the Middle East like Syria, it is a matter of shame that the international attention and gaze has largely missed a conflict precipitated by Saudi Arabia led coalition and is a tragic reminder that, in the case of Yemen, the UN which represents the global community faces an elephant in the room.

Yemen has been ripped apart by war since the spring of 2015 when a Saudi-led coalition began bombing the country to reinstate its Sunni ally president Abedrabbo Mansour Hadi, and continued to engage in apparently indiscriminate attacks on the pretext of ousting the Houthi rebels, whom they accuse of being backed by Iran. This has become an existential issue for the Yemeni people. Not only are the people of Yemen struggling with insufficient food, millions of people in Yemen do not even have access to safe drinking water. Last year alone, this resulted in over a million cases of diarrhoea and cholera. In all walks of life in Yemen, even treatable illnesses have become a ‘death sentence’. Edward Santiago from Save the Children concluded in early 2016 that ‘an entire generation of children – the future of Yemen – is being abandoned to their fate.’[2] Two years after that statement, the situation of children in Yemen has only deteriorated to the point that their future seems bleak.

This is not to suggest that the Saudi-led coalition alone is responsible for Yemen’s crisis. On the contrary, all serious investigations accuse both parties of war crimes. However, whereas the Houthi rebels are an isolated force, with reported support from Iran, Saudi Arabia has deep ties to many Western countries and the lion’s share of Saudi defence equipment comes from North America and Europe. Pointedly the US has been providing assistance in logistics, intelligence and military training to the coalition while providing refuelling for the very planes that bomb civilians. US military advisers are actively involved in the Yemen campaign operating from Riyadh.[3] This is precisely the reason that, amidst reports of gross violations of international humanitarian law and of violations and abuses of human rights in Yemen—including those involving grave violations against children with complete impunity—Saudis’ Western allies continue to exercise a selective and biased human rights agenda when it comes to disassociating themselves from and condemning the extermination in Yemen. As a result of petrol-dollar led international diplomacy and politics, belligerents are emboldened to carry on regardless of appeals to halt this man-made catastrophe. A leaked UN report reveals that members of the bombing campaign against Yemen are hiding behind the broad “coalition” name, effectively shielding themselves from accountability of violating international law.[4]

It has been a matter of extreme regret that there has not been an independent international investigation into violations and abuses of international human rights law and international humanitarian law in Yemen from the start of the current conflict despite demands by national, regional, and international civil society organisations, the United Nations High Commissioner for Human Rights, and the Security Council Panel of Experts on Yemen since 2015. In fact, Human Rights Watch said the work of the alliance’s own investigators – known as the Joint Incidents Assessment Team (JIAT) – had “fallen far short of international standards” and “lacked credibility”, with the vast majority of its conclusions finding that the coalition had either acted lawfully, was not responsible for attacks, or had made an “unintentional” mistake. Ms Whitson, HRW Middle East director, also warned governments providing arms to Saudi Arabia that these “sham investigations” do not protect them from being complicit in violations in Yemen.[5] UN Human Rights Commissioner, Zeid Raad Al Hussein, also asked the Council to approve a commission of inquiry as his office had doubts that Yemen’s domestic inquiry could be impartial.

Saudi Arabia lobbied hard against a commission of inquiry. Britain, for example, vowed not to back a proposed UN investigation into possible war crimes in Yemen after the Kingdom threatened to review its trade with nations who backed the move. The result was a compromise which was worked out recently in Geneva with UN intervention and support from US, UK and France. However, this new deal is a much weaker one and a disappointment to human rights groups. Under this deal, a group of “eminent international and regional experts” will carry out a comprehensive examination of “all alleged violations and abuses of international human rights and other appropriate and applicable fields of international law” in Yemen. It will “establish the facts and circumstances surrounding the alleged violations and abuses, and where possible, identify those responsible”.[6]

“The UK, the US and all the countries that support and sell weapons to Saudi Arabia are part of all the killing in Yemen. We should also talk about Iran. Being silent about Iran interfering in Yemen and Iran supporting and exporting weapons to Houthi militia would be a mistake.”

She also called for the leaders of the war-coalition to be tried at the International Criminal Court (ICC) for what she described as “massacres” that have taken place in Yemen. Andrew Smith of Campaign Against Arms Trade said:

“The bombardment has been totally immoral, and it is civilians that have paid the terrible price. Those that have carried it out need to be fully investigated and held to account for the destruction that they have unleashed […] The brutal bombardment has only been possible because of the complicity and support of politicians like Theresa May and her colleagues, who have prioritised arms company profits over the rights and lives of Yemeni people.”[7]

In fact, Trump keeps egging on the campaign in Yemen as a crusade against Iranian proxies—a ruinous war by the richest Arab nations against its poorest, little realising that it is counterproductive to its own interests. Doubling down on the military effort will serve only to further Iran’s regional ascendance.[8]

All parties to the conflict are complicit in the indiscriminate attacks and targeted civilian infrastructure, amounting to possible war crimes and crimes against humanity. While Saudi Arabia and the UAE remain the main forces behind the regional military coalition, Iran has provided military assistance to the Houthis. All sides of the conflict however appear manifestly unwilling or unable to uphold their Responsibility to Protect. The UN Security Council (UNSC) must impress upon all UN member states to immediately halt the sale of weapons to parties to the conflict who routinely violate International Humanitarian Law, including this coalition. UNSC should immediately impose sanctions on any party responsible for the deliberate obstruction of vital humanitarian assistance to civilians.

Further, as Yemeni activist Karman says, those who are responsible for this catastrophe in Yemen and their backers should be held to account and therefore UNSC should immediately adopt a resolution not only demanding all parties cease attacks against civilians, but also ensure accountability for all atrocities committed during the conflict. Above all, the dire humanitarian situation in Yemen is a direct result of the on-going armed conflict and requires a political solution. Thus, with support from bodies like OIC, UNSC need to facilitate a sustained ceasefire and ensure that parties to the conflict return to substantive peace negotiations. To what extent the UN can recognise this elephant in the room and act decisively in holding those culpable to account and bringing justice to the long suffering people of Yemen will reflect the global body’s ability to recoup its fast losing credibility in a world where might visibly appears to be winning over right.