Has “Back-Stabbing” the Palestinian Cause become the New Norm? 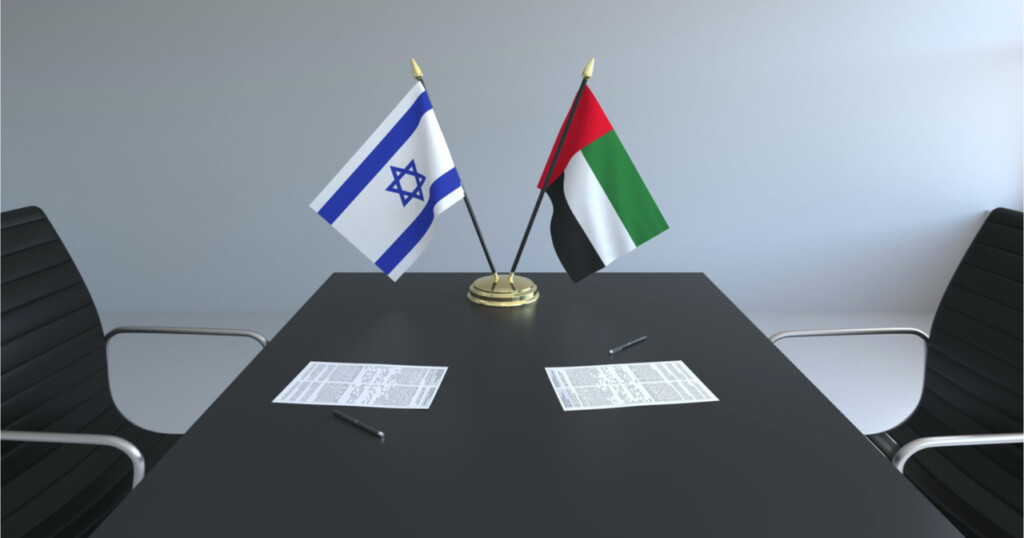 The clandestine dealings of the UAE with the Zionist state have finally been revealed after the formal normalisation of relations brokered by the US. The deal – considered a fait accompli by many – normalises relations between the UAE and Israel with the condition that the latter allegedly ‘delay’ the annexation of Palestinian lands in the occupied West Bank. Unified in their stance, both Donald Trump and his Democratic Party contender Joe Biden congratulated the ‘historic breakthrough’. Closer to home, Boris Johnson too welcomed the deal. In the Arab world, the response was mixed, with Egypt and Bahrain valuing the ‘initiative’, while Jordan remaining more cautious in its response, and Libya outright condemning the move.

Others dubbed the deal a patent “stabbing in the back”[1] of Palestinians and an abject “surrender”[2] of their just cause; something that is becoming a ‘new normal’ in much of the Arab world. Abandoned by yet another Arab nation, Palestinians have been left locked in an untenable status quo, even before the recent threat of further annexation by the Zionists. It is now only a matter of time before Arab nations follow like dominoes, particularly the moment when the ‘elephant in the room’ — Saudi Arabia — joins the diplomatic party.[3]

In striking this ‘bargain’, the UAE may initially appear to have solidified its outsized role in geopolitics. Yet no matter how supporters or detractors interpret this so-called ‘Abrahamic Deal’, the irrefutable conclusion is that it is none other than Israel that has scored a huge victory. The deal requires nothing of Israel towards the Palestinians. This enormous shift from past promises has been gifted to Israel on a golden platter. Benjamin Netanyahu has, in effect, staged a diplomatic coup by winning over the normalisation of relations with a supposedly ‘rising’ Arab power in return for something he himself considered unrealistic and not in Israel’s interest. In fact, Lisa Goldman, co-founder of +972 Magazine, a news and commentary site focused on Israel and Palestine, rightly commented, “Netanyahu never intended to annex” the West Bank, but the UAE is “claiming a diplomatic victory in exchange for what’s probably a lot of very valuable security cooperation from Israel. All on the backs of Palestinians, as usual.” [4] Moreover, it is a stretch to call this agreement a “peace deal”, particularly when the two have never viewed each other as traditional enemies.

The deal clearly underscores the shifting political dynamics in the region. Many Arab states have been mesmerised by the notion created by the US that Iran is a greater threat than Israel. Arab states are therefore less willing to condition relations with Israel upon a resolution for the Palestinians. Mossad, Israel’s intelligence agency, has been investing in clandestine relations with Gulf states for decades. The director of Mossad, Yossi Cohen, has met frequently with counterparts in the UAE, Saudi Arabia, Qatar, Jordan, and Egypt, according to intelligence officials.[5]

Signs pointing to this disloyalty can be seen in an op-ed article written in the Israeli newspaper Yedioth Ahronoth in June by Yousef Al Otaiba, the UAE’s ambassador to the US and a close ally of the Trump administration. Appealing directly to Israelis, the article is titled in Hebrew and reads, “It’s Either Annexation or Normalisation.” Trump’s son-in-law, Jared Kushner, facilitated the negotiations that followed, which were held in the White House with the knowledge of only a limited number of officials.[6]

While Israel and the UAE have long maintained a thinly-veiled secret relationship – the idea of formalising this relationship has occurred several times in recent years – the gradual warming of ties goes beyond the UAE. The Saudis have made the news with many overtures of this sort. Flights from India to Israel were permitted to use Saudi airspace in 2018, reducing the trip’s length by hours. Qatar allowed an envoy to stay in Israel to oversee Qatari-funded development projects in the Gaza Strip. Bahrain even sent an interfaith delegation to Israel and defended Israel’s right to self-defence after Iran launched rocket attacks.[7] Sultan Qaboos b. Said of Oman hosted Netanyahu for a state visit in 2018.[8]

In its search for leadership status in the Arab world, the UAE has maintained a destructive role in the region’s conflicts, particularly in Libya, Syria, and Yemen. It has operated increasingly independently of Saudi Arabia, its traditional ‘partner in crime’. These crimes appear to go unpunished in a world where impunity has become more a norm than an exception. Continued weapons sales from Western states to the UAE offer a symbol of consent for its actions, especially in Libya and Yemen, despite these states’ obligations to the UN and EU export control charters. The US is by far the largest supplier of weapon systems to the UAE, with around two-thirds of the UAE’s arsenal supplied by American companies.

The deal gives both Trump and Netanyahu a way to escape political isolation of their own making with the US’s stalled and useless peace plan and the Israeli illegal annexation drive. For the UAE, the deal may also further burnish its international campaign and allow it to be seen as a beacon of tolerance in the Middle East, despite being governed by autocratic rulers.

The reality is that the deal leaves non-Israeli inhabitants of the West Bank as continued subjects to the military rule of an occupying power. It further sanctions the blockade of two million Gazans within a small strip of land that has no sustainable source of drinking water, and which the UN has deemed “uninhabitable.” This deal is dangerous and rewards the Israeli occupation for its crimes and violations. The ultimate losers are the Palestinians, who have watched the Arab world move closer to Israel to reward Netanyahu for undermining Palestinians interests.[9]

This is simply another diplomatic circus that erases the Palestinians from talk of “breakthroughs” and “peace.” Abandoning the Palestinian cause without a just solution will not lead to stability in the region. Now more than ever is the time for their Arab and Muslim allies – as well as the international community – to step up. Genuine peace will only come by seriously committing to end the Israeli occupation and creating a democratic and peaceful Palestinian state.

While the effects of the Palestinian struggle on the conscience and sentiment of people worldwide remain significant at the grassroots level, it is imperative that the just struggle for an independent Palestinian homeland should be kept at the forefront of our minds, and that this struggle continues with added vigour.

“They conceal [their evil intentions and deeds] from the people, but they cannot conceal [them] from Allāh.”[10]

“Allāh loveth not the treacherous.”[11]