Is Gaza’s Survival Being Exploited? 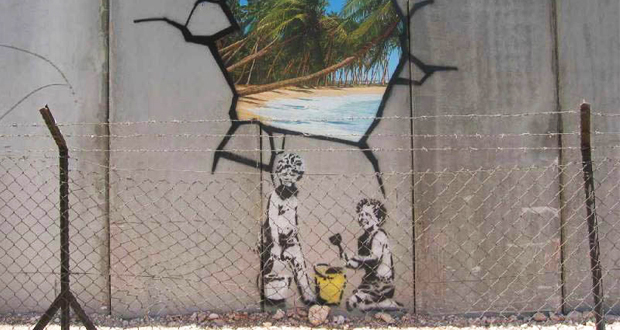 Arab nations that historically left Gaza ‘in the lurch’, or even participated in its now 10-year-old siege, have recently shown wild interest in administering the imprisoned strip.

Is this finally a display of dramatic benevolence from the very Gulf nations once accused of spurring on Israel during its blanket bombardments to ‘finish the job’ in Gaza,[1] or from others accused of covert spy operations for Israel in the heat of the 2008 onslaught?[2] Was not Qatar’s backing of the ‘Muslim Brotherhood’ bogey man, culminating in the besieged administration in Gaza, the very reason they broke up the GCC union and imposed a like-for-like siege on their tiny neighbour?

From sword dancing, horse branding and cow chasing, are we seeing an impressive transition by UAE towards lending a helping hand to Gaza, now pummelled in darkness and almost entirely uninhabitable?

Sadly, this is not the case. Such ‘humanitarian’ manoeuvres by the UAE ahead of its promise to build a new power plant to solve the power crisis once and for all,[3] and Egypt which is finally sending a few litres of fuel to its only functional power plant,[4] are not attempts to cherish the Gazan resistance. Nor is it to end the suffering of their two million coreligionists, besieged (by them), since Hamas won the Palestinian Legislative Elections in 2006.

Now, and in conjunction with the siege on Qatar and the marginalisation of Turkey—Gaza’s only two supporters—the strip is finally at breaking point. And to the pleasure of some, it is prime time for the GCC and Egypt to begin bargaining with its existence. In other words, Hamas is being forced to strike a fine balance between responsibility towards a grunting population and its long-standing principles.[5] Theirs is an elected government which does not lavish in seven-star hotels, or send its playboy princes to drive their supercars in London’s Knightsbridge whilst its slave-grade workforce lives in cardboard boxes.

Taking at least some sort of uncustomary political initiative, the UAE and Egypt have lunged at this opening to involve their right-hand-man and summary turncoat, Mohammad Dahlan, in Gazan politics. Dahlan currently lives in exile in the UAE on “plush sofas” and under “vaulted ceilings and chandeliers…”, and has done such harm to the Palestinian resistance that he successfully ‘won’ the praise of George W Bush. The warlord and intimate compatriot of Israeli and Arab intelligence agencies was the neoconservative-elect to lead a coup against Gaza’s elected government back in 2007, and is seemingly who the UAE want to dictate to Hamas in exchange for Gaza’s survival.[6]

More and more indicators point to his potential return to Gazan politics, and Hamas’ recent decision to dissolve its executive committee may have been a condition or precursor to this.[7] Though unlikely to actually enter Gaza, and probably preferring to participate ‘by proxy’, except for his own funeral procession, Dahlan will likely adopt a key position in the Gazan administration, in exchange for electricity, supplies and sponsorship.

Here I draw your attention to a number of points that will hopefully direct the upcoming discourse surrounding this issue. Gaza’s extraordinary resistance against the Zionist war machine over the “wars” of 2008, 2012 and 2014 means it is seen by Muslims as a ‘beacon of hope’ for the ultimate liberation of Palestine. Its leadership remains largely unchanged. The appointment of a new political head, Yahya Sinwar, who has been labelled ‘ruthless’ by Zionist media,[8] cannot simplistically be dubbed a ‘change of direction’ or an ‘abdication of principle’.

The resistance’s repertoire of confronting the IDF and imposing mass prisoner swaps on Israel, with Sinwar being one of 1,027 others released in exchange for a single, inexperienced soldier speaks for itself. As onlookers desiring to understand motives and causes we should not sit on a moral high ground when opining on Gaza and how it should be run.

Secondly, and with the above in mind, Gaza was never forced to make such an outwardly embarrassing concession except when the implications of the blockade became overwhelming. With 60% youth unemployment, a water source set to be ‘irreversibly-depleted’ in three years’ time and only two-hours of electricity allowed per day,[9] a leadership—even if willing to ‘bite the bullet’—cannot impose the endurance of some on two-million others. The balance between responsibility towards your dependants and principle is best determined by that pragmatic leadership ‘on the ground’, not by international critics sipping coffee and eating baklava from the safety of their armchairs.

Finally, it is important to see the whole Middle-East, or rather the Muslim World, as one story. The siege on Qatar, for instance, has not coincided with the developments in Gaza by unrelated ‘chance’. Turkey and Qatar are the primary lifelines for Gaza. Turkey recently shipped 10,000 tonnes of humanitarian aid to Gaza, ahead of Eid al-Fitr.[10] Qatar has pumped hundreds of millions of dollars in scholarships and development and restoration grants which were subsequently heavily impacted by the siege on the small nation.[11]

If Egypt and the unruly GCC can make its mind up on one thing, it is that they vehemently dislike the Gazan resistance and ingratiate themselves to Israel. Egypt has all but obliterated the tunnel lifelines connecting it to the Sinai Peninsula.[12] The siege on Qatar was purportedly inflicted because of its support for the Gazan resistance—in the GCC’s peculiar vocabulary, ‘extremism’—and Gaza’s political ‘shift’ is a direct consequence. Egypt and the GCC have effectively become agents doing Israel’s dirty work in Gaza’s choke hold.

The Palestinian cause and Masjid al-Aqsa are just two of the reasons the siege of Qatar and the marginalisation of Turkey should be passionately opposed and condemned. Without a regional force that shares Gaza’s principles of resistance and popular cause, Gaza’s ‘survival’ will be the ‘card’ with which wily oil merchants dictate their terms.