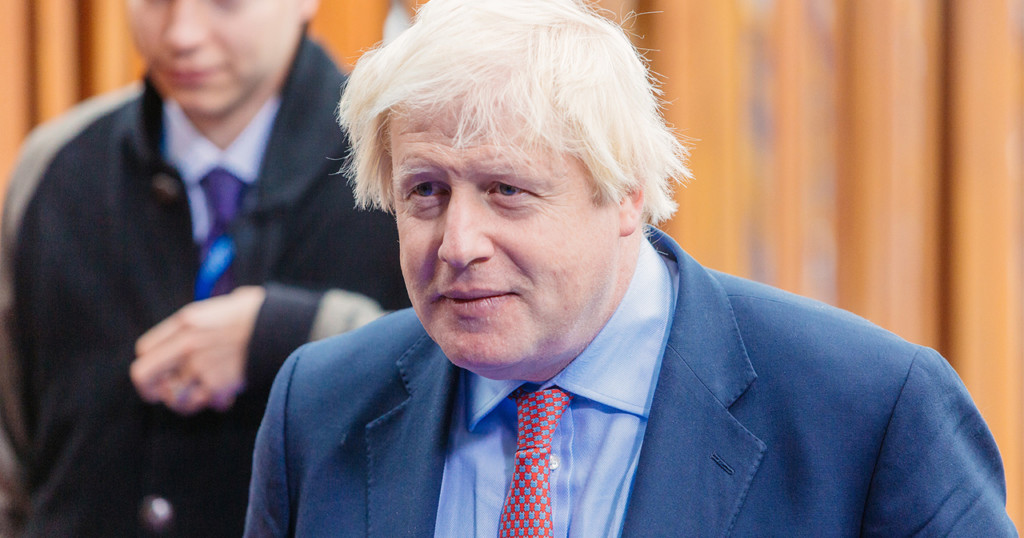 Whilst on holiday, I discovered that Boris Johnson had offensively likened Muslim women who wear the niqab to a “letterbox” and “bank robbers”. That a senior MP and former member of the Government said such a thing added sting to the insult. I was asked by a taxi driver in downtown Dubai whether the niqab would now be banned, such is the prominence and recognisability Johnson enjoys globally.

Fellow Brexiteer, Jacob Rees-Mogg dismissed the rightful outrage at Johnson’s comments as people being envious of Johnson’s “many successes, popularity with voters and charisma”,[1] dismissing the legitimate condemnation of his colleague’s comments.

Unfortunately, Boris has form as he is one of the chief architects of Brexit and spear-headed the 2016 referendum campaign that scapegoated immigrants for the woes of this country.

According to the National Police Chiefs’ Council, reports of hate crimes based on religion and race rose 58% in the aftermath of the Brexit vote.[2] On June 19th last year, my brother was one of those injured in the Finsbury Park terrorist attack by 48-year-old Darren Osborne who had far-right sympathies. The Brexit vote led to an empowerment of certain individuals to express their anger and hatred towards people deemed to be Muslim and from immigrant backgrounds. Ethnic minorities are not the enemy and the rhetoric engaged in by not just the far-right but mainstream politicians including prominent Brexiteers are partly to blame. Words have consequences and unfortunately people up and down this country, including my family, have seen Islamophobic rhetoric manifest itself in the most violent and ugly of ways.

It is also worth noting that Johnson and Rees-Mogg have recently met with Steve Bannon, Donald Trump’s former strategist and editor of the far-right site, Breitbart. Earlier this year, Bannon told attendees at a French National Front rally, “let them call you racist” and “wear it as a badge of honour.”[3] What is more concerning is Bannon has set up a cross-Europe alt-right group called The Movement.

It is of little surprise, then, how Johnson’s racist comment came about – Boris Johnson met notorious racist Steve Bannon last month; he releases an Islamophobic article; he is asked to apologise by senior members including Theresa May and Tory Chairman Brandon Lewis; he refuses to apologise. It is as if he is following some type of playbook devised by a strategist…

Words, especially by senior figures, have an effect so when people were promised their beloved NHS would get an extra £350m and that the country would be richer and more prosperous, people understandably voted for that – but we now know those claims to be false. Despite the façade of tolerance some might have had, the Brexiteers want to rob the choice of what to wear from Muslim women as they dared to try to rob the futures from millions of people, especially young people.

It begs the question, if these characters are championing a cause, what will that cause mean to Muslims? It is clear they do not have our best interests at heart.

That is why I believe Muslims should be against the type of Brexit these right wing elites are pushing for – and if Boris Johnson’s recent comments and the recent company other Brexiteers have had does not give you a glimpse into the thoughts the Brexit cheerleaders hold about Muslims, I do not know what will.

You may be wondering why I have not written about the biggest Brexiteer, Nigel Farage who has announced a return to frontline politics. That is because his thoughts on Muslims and other minorities are well documented and he alone could make the entire case of why Muslims should be against such a Brexit.

So, what can we Muslims do now? The only realistic avenue to voice our concern about this reckless Brexit is by a public vote on the details of the final deal. Boris’ blunders may have faded away from the news cycle, but if we do not push daily for our rights and interests as a community and for what we believe to be the interests of wider society, Boris is just the beginning, and risks becoming the norm. For the sake of our futures, it is crucial we make our own voices heard – no matter how much others wish to silence us.