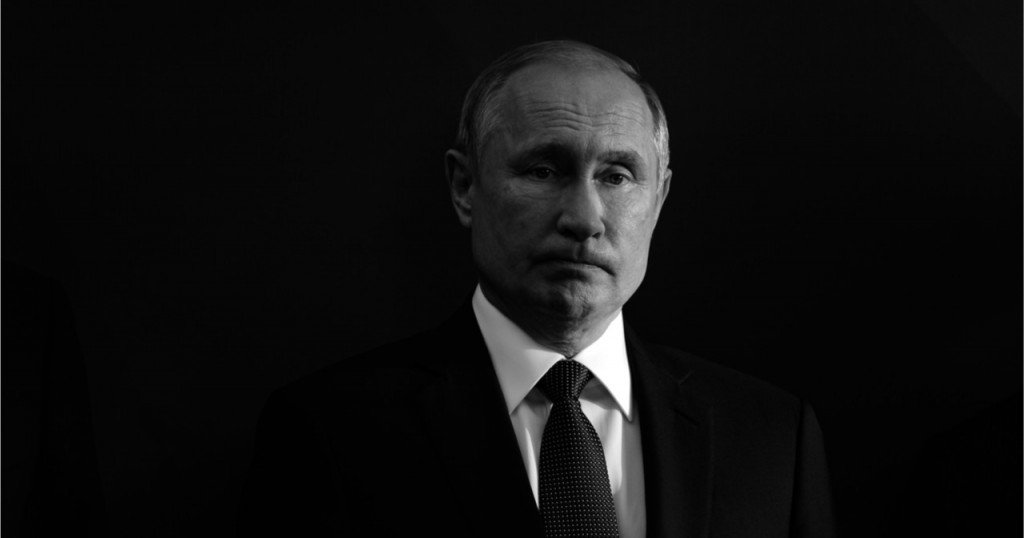 Despite weeks and months of public and behind-the-scenes negotiations and apparently tireless diplomatic efforts by the likes of France, the UK, and the US, the Russian Federation sent in its military on February 24 to neighbouring Ukraine. Russian forces are currently engaged in fierce fighting against not only Ukrainian armed personnel but also swathes of civilian volunteers eager to protect their homeland. In this article, we delve into a brief background of the current war and the blatant hypocrisy with which Western leaders and media have sought to position themselves on the crisis, and how their moves compare and contrast with other significant events in recent history. [1]

As for some context as to the severity of the Russian invasion of Ukraine, this happens to be the largest conventional military offensive on European soil since the Second World War. Russia’s long-time president Vladimir Putin has been labelled as an authoritarian leader whose mental wellbeing is veering into a “despotic mindset”. According to Ukrainian president Volodymyr Zelensky, the armed conflict had already seen the deaths of 137 with a further 316 wounded in only the first day of fighting. However, such figures are instantly obsolete and accurate numbers are far from verifiably exact. [2] [3]

In a reflection of the collective Western disinterest in matters pertaining to Muslims, on the day prior to Russia’s invasion of Ukraine, Israeli missiles hit various targets in Syria’s border province of Quneitra. A week prior, a similar attack was reported, albeit in an area outside the capital city of Damascus – neither event made so much as an imprint on global headlines. [4] Most hypocritically in reference to current events, US State Department spokesman Ned Price said a day after Russia’s invasion that the country is seeking a diplomatic approach “at the barrel of a gun”. [5]

“Now we see Moscow suggesting that diplomacy take place at the barrel of a gun, or as Moscow’s rockets, mortars, artillery target the Ukrainian people. This is not real diplomacy. Those are not the conditions for real diplomacy.” [5]

It is apparent that Price is glossing over the fact that the US engaged in a far more violent and protracted escalation of war in Vietnam on account of a falsified claim that a destroyer, the USS Maddox, was attacked in the Gulf of Tonkin not once but twice in the month of August 1964. The then Johnson administration and Congress took rapid steps to “take all necessary measures” to protect US personnel in Vietnam, thereby fuelling the subsequent period in the Vietnam War. [6]

Nevertheless, following Thursday’s Russian incursion into Ukraine, the entire world is fixated, perhaps obsessively so, on rolling news. It may come as no surprise that Ukraine holds trillions of cubic metres in natural gas reserves. In addition, the country is one of the key routes for the transit of Russian natural gas on its way into Europe, yet due to the major impact of the Nord Stream gas pipeline network, the transit of Russian gas through Ukraine has dramatically fallen in the past few years. One might argue that Western media and governments are only being vocal on the current armed conflict because it has political and energy interests that require their populations being persuaded to take a stance that favours Ukraine.

For a number of Western governments, this conflict is not about human rights or justice; it is merely about protecting energy supplies at a time when prices are sky-high. Indeed, the benchmark Brent crude surpassed $100 a barrel for the first time since 2014 as Russia moved its troops over the Ukrainian border on Thursday. And analysts at Rystad Energy have suggested that with Russia accounting for approximately 30 per cent of Europe’s total gas supply, “A complete halt to gas exports from Russia is highly unlikely, but gas piped through Ukraine — which represents 8% of European supply — is very much at risk.” [7] [8]

Expounding on this point of American and European energy interests coupled with diversionary tactics by the likes of British Prime Minister Boris Johnson, writing in the Colombo Telegraph the journalist Lukman Harees suggested a day prior to Russia’s invasion:

“The view from Ukraine is that the media scare comes from American media. This level of hysteria already has negative consequences and actually damages Ukraine. As for the US, this is speculation, but the US might still try to undermine the Nord Stream project, the pipeline between Russia and Germany. There is a very clear economic interest – there are gas producers in the US who are direct competitors with Russia.” [9]

“There are other speculations this may be related to the defeat in Afghanistan, and again, when Biden’s support is declining at home, intensifying foreign policy may be one of the solutions. In the case of the British, and specifically in case of a very recent press release by the UK Foreign Office about the Russian government’s plans in Ukraine, some experts feel that it’s quite evidently connected to the troubles of UK Prime Minister Boris Johnson. When you’re attacked at home, it’s quite typical to start escalating foreign policy.” [9]

Seeing @10DowningStreet showing “support” for Ukraine with a facade of lights in Ukrainian flag colours – while the government simultaneously suspends visa applications for Ukrainians fleeing the war – is truly sickening. The sheer, brazen, absolute hypocrisy. pic.twitter.com/5K6EFETMeY

It may be argued that the main cause of the February 2022 invasion stems from a number of “Euromaidan” demonstrations that took place in 2013, whereby Ukrainian citizens expressed their objection to their government’s suspension of the signing of the European Union–Ukraine Association Agreement – a treaty that, as the name suggests, would have brought Ukraine and the EU into closer partnership. Under then president Viktor Yanukovych, the government instead sought to introduce stronger ties with Russia and the Eurasian Economic Union. Owing to weeks of protests, Yanukovych and opposition parties agreed on an early election; he fled Ukraine prior to an impeachment vote and to date lives in Russian exile. [10] [11]

A secondary cause of the February 2022 invasion lies with the armed conflict between Russo-Ukrainian forces that started in 2014 and surrounds the contested region of Crimea. Indeed, with the ensuing fallout following Yanukovych’s ejection from power, Russian forces swooped in and dramatically annexed the historic Crimean peninsula in March of 2014. The newly formed quasi-states of the Luhansk People’s Republic and Donetsk People’s Republic were then given Russian backing and war has perpetuated in the region collectively referred to as the Donbas since 2014. [12]

Most alarming at present is the position taken by the likes of Britain’s ruling Conservative party when it comes to British Ukrainians who desire to return to their homeland in hopes of aiding the war effort. On Sunday morning, the Foreign Secretary Liz Truss announced that she would support those who wish to take up arms – a far cry from the jail sentences and “terrorist” labels slapped on those who have travelled to or shown a desire to travel to Syria, Palestine, or Afghanistan. And what of those who previously travelled to Iraq, Bosnia, and other regions with the intention to support other humanitarian causes? Why are they painted with a different brush? [13]

“I do support that. That’s something people can make their own decision about. The people of Ukraine are fighting for freedom and democracy, not just for Ukraine but for the whole of Europe.” [13]

Truss further confirmed her backing to people who want to join the armed resistance against Russia – “Absolutely, if that’s what they want to do”. [13]

On Saturday, the BBC also hosted Ukraine’s former deputy general prosecutor, David Sakvarelidze. In being seemingly clueless that he was invoking a phrase right out of Hitler’s Aryan master race playbook, he said,

“It’s very emotional for me because I see European people with blonde hair and blue eyes being killed every day with Putin’s missiles and his helicopters and his rockets.” [14]

The strength of the media in manipulating public opinion is no greater illustrated than in the Zionist state of ‘Israel’, where thousands of protesters have taken to the streets in order to “stand against injustice”. While their own government continues to commit genocide and encroach on Palestinian land with the installation of 700,000 illegal colonial-settlers in the occupied West Bank and East Jerusalem, Israeli citizens are more interested in a conflict that is nearly 2,000 miles away from them. [15] [16]

If it were not enough that on a country level, the overwhelming majority of Western nations are throwing their weight behind Ukraine (without directly engaging in the war effort), sports clubs in Britain have been joining the bandwagon. Rather amusingly, the head coach at Chelsea Football Club Thomas Tuchel stated in advance of the EFL Cup final against Liverpool on Sunday,

“In this case, the issue is too big. I see the point but if you give it a second thought, how does it help now if we lose a football match given the situation that we have a war? This is simply not important enough and it will unfortunately not help. If it would, I am happy to lose the match.” [17]

Other sporting clubs have even gone as far as to drape the Ukrainian flag before play, but why is it that clubs such as Celtic have been repeatedly fined by world governing body FIFA for fans’ expression of Palestinian solidarity? [18] The stench of double standards is sickening, and there ought to be a fair approach to all forms of injustice and war. It is not right that the situation in Ukraine supersedes or overshadows all other current violations of justice, including those of Palestine, Syria, Kashmir, and all others. It goes without saying that we stand up against all conflicts and hope that the war between Russia and Ukraine ends immediately.