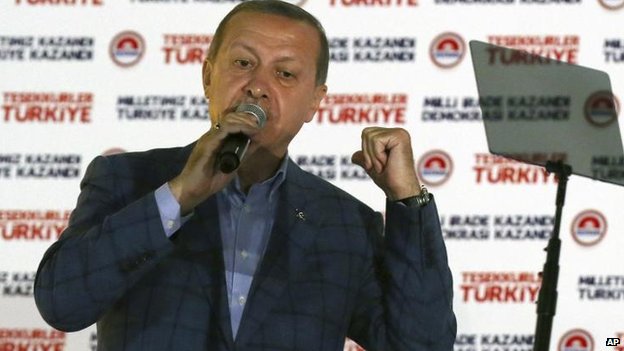 The Turkish President Recep Tayyip Erdogan says he has uncovered evidence that US-led coalition forces have helped support terrorists in Syria – including Isis.

American-led forces have been working alongside Syrian rebels fighting President Bashar al-Assad but have attempted to avoid helping Isis and other Islamist militant groups.

However, speaking on Tuesday in the Turkish capital, Ankara, he said he believed they had given support to a variety of militant groups, including Isis Kurdish outfits YPG and PYD.

“They were accusing us of supporting Daesh [Islamic State],” he told a press conference, according to Reuters.

“Now they give support to terrorist groups including Daesh, YPG, PYD. It’s very clear. We have confirmed evidence, with pictures, photos and videos.”

Mr Erdogan also said on Tuesday that Saudi Arabia and Qatar should join its meeting with Russia and Iran to discuss Syrian peace efforts.

Russia, Turkey and Iran, which helped broker the withdrawal of civilians and militants from the Syrian city of Aleppo, have agreed to hold talks on Syria in Kazakhstan next month.

The Associated Press said Mr Erdogan said the meeting of foreign ministers should include Saudi Arabia and Qatar, saying they had “shown goodwill and given support” to Syria.

Turkey, Saudi Arabia and Qatar are the main backers of rebels seeking to topple Syrian President Bashar Assad, who is closely allied with Moscow and Tehran.

The US State Department has rejected Mr Erogan’s claim as “ludicrous”.

State Department spokesman Mark Toner there was no was basis for such an accusation.