The Theory of “Radicalisation” 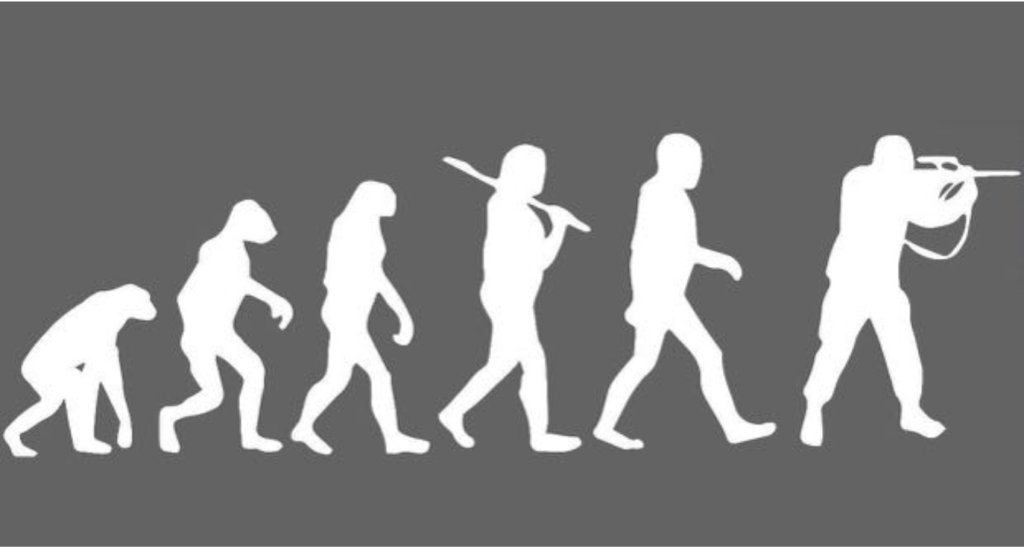 The Theory of Evolution Radicalisation

There are rumblings, feelings of disquiet and downright rebellion within the British Muslim community at present. ‘What?’ – I hear you ask, could ever be the matter with a community which rarely gets ruffled or seldom exercise their democratic right to protest.  In fact, not since the Rushdie affair in the eighties, have we seen the levels of disquiet that we are currently seeing at the moment.  The source of all the agitation, social media chatter and endless community meetings is the government’s Prevent Strategy.

Also Read: I was wrong; the government’s definition of ‘Extremism’ is genius

The government’s counter terrorism strategy ‘Contest’, of which ‘Prevent’ is one part, has been a source of contention for the best part of ten years now.[1] In the early years ‘Preventing Violent Extremism’ (PVE), was barely understood. It was seen as another government initiative which offered ‘perceived’ benefits as well as the obvious disadvantages. However, the money offered through PVE was welcomed by a few Muslims, as some organisations closed their eyes to the small print and, excusing the pun, stuck their snout into the proverbial trough. However, this was short lived, and the tide has very much turned.

The Muslim community have, on the whole, turned on the government strategy. The strategy clearly discriminates against Muslims and Islām, and very much sees the Muslim community as the enemy within.[2] Recent legislation now even makes it a statutory requirement on all public organisations to implement Prevent. It is the only element of ‘counter-terrorism’ and in fact ‘criminal justice’ which puts a level of responsibility on organisations such as schools and children’s homes. As a result, we have seen leading Muslims and Muslim organisations sign statements condemning Prevent, the once putative Lord Mayor of Birmingham described Prevent as racist and called for its boycott, and 280 academics and NUS members call for Prevent to be abolished.[3]

Well the key question is: What is all the fuss about? Surely a great nation such as the United Kingdom has the right to protect itself from terrorists?  Well, let us very briefly analyse the strategy itself.

Prevent is one element of the Contest Strategy, implemented in 2006 and revised in 2011.  The Contest document itself consists of 125 pages.[4]  A staggering 124 of the 125 pages talks about Islamic terrorism.  A few paragraphs mention Northern Ireland and the Far-Right, however both are very swiftly negated through the Good Friday Agreement and their perceived lack of organisation respectively.  In fact, all reference to Northern Ireland has been removed from the revised Prevent Duty Guidance 2015.[5]  Hence, therein lies the answer when a bigoted racist argues – ‘if all Muslims are not terrorists, then why are all terrorists Muslim?’  Well ‘my dear Watson’, even with limited powers of deduction it is not hard to determine that only Muslims apparently meet the popular government and media criteria to be called a terrorist.

Moreover the Prevent Strategy introduces a ‘theory’, without any basis, evidence or scientific justification.  In fact, the irony is that it is not even called a ‘theory’, it is presented as fact.  This is the so called ‘theory’ of Radicalisation:

Radicalisation is the process by which an individual, and by inference a Muslim, becomes a terrorist.

The government has shied away from defining the term precisely however its practical application has shown it to correlate with Islamic norms and practises.[6] No other type of offending, such as rape, murder or arson, have a clearly identified or proven pathway, however, astonishingly, terrorism does. The radicalisation theory, unlike Darwin’s theory of evolution which has been used to suggest that life started from nothing, infers that the evolution of a terrorist starts with a Muslim.

Not satisfied with the levels of scrutiny already imposed on Muslims and the effective demonisation of an entire community, the government intends to make its first foray into the state intervention of religion.  From David Cameron’s speech at the Conservative Party Conference in October 2015, and a recent government consultation, it is clear that the state intends to establish an inspection process for all out-of-school education provision, primarily Islamic madrassas.[7]

It all seems to be coming to a head now. Far from being a clash of civilisations it is becoming a clash with government policy. The government needs to re-examine its counter-terrorism strategy carefully and decide whether or not it is fit for purpose.  No jury is out to make that decision for the government, however the Muslim community have overwhelmingly delivered their judgement.