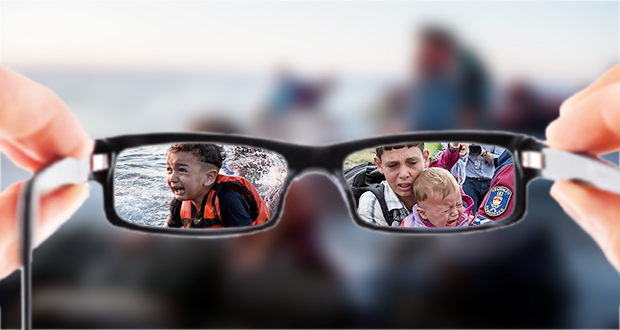 For as long as people have resided on Earth, migration has been a major driver for historical change.[i] Migration towards the ‘developed’ world was a growing trend in the 20th century,[ii] and many receiving communities became increasingly alarmed. Then came the wars in Iraq, Afghanistan, and the Arab spring, all of which do not seem to be ending, but have undoubtedly led to one of the greatest migration crises in human history, and the true crisis is that millions of migrants, after perilous journeys, have arrived at their destinations but are not allowed in.

The narrative that is often painted is something like this: migrants pack their bags and head forth on their quest for a better life, and they are resolute in their objective. Although the benefits for the newcomers are obvious, consequences for the receiving population can vary. The moral receiving nations have to funnel their entry to ensure political and economic stability. Segments of the receiving population protest and resent these aliens, some oppose the change in scenery, while others fear increased scarcity in employment, citizen benefits, and services. The reality of the travellers is actually very different. The majority of the migrants referred to here are not foreign skilled-workers, or foreign labourers, rather they are men, women and children who have fled their beloved homes, due to constant and devastating war. Every account is a catastrophe, each orphan is a tragedy, and every single fatality is a disgrace to humanity. And what makes this even more painful is that the vast majority are Muslims.

In the Qur’ān, Allāh (subḥānahu wa taʿālā) tells us of the exodus of Mūsā (ʿalayhi al-Salām) and the children of Israel when they fled from Firʿawn and his army, crossed the Red Sea and travelled to the blessed land of Bayt al-Maqdis.[iii] He (subḥānahu wa taʿālā) highlights the plight of Nūh (ʿalayhi al-Salām) during the great flood, and likewise Ibrāhīm (ʿalayhi al-Salām) when his people tried to kill him, Hūd, Sāliḥ, Shuʿayb and Lūt (ʿalayhi al-Salām) whose people were destroyed, and the brothers of Yūsuf (ʿalayhi al-Salām) who suffered through famine; all of whom were forced to migrate. Let us not forget, that our beloved Prophet, Muḥammad (sall Allāhu ʿalayhi wa sallam) and the Muslims of Makkah were forced to emigrate to Madīnah due to persecution. Furthermore, a huge proportion of people today, in particular Muslims in the ‘West’, are descendants of immigrants.[iv] We therefore cannot trivialise or be indifferent to this grave situation, and we should realise that displacement and immigration are from the tribulations of this life, and our brothers, sisters and children are suffering. We have to care. The prophet (sall Allāhu ʿalayhi wa sallam) is reported to have said,

One point that has been highlighted is the lack of European dignity and indeed decency in addressing this crisis.[vi] Regardless of the state response, it is essential that we are not guilty of the same debasement. There is a stark contrast between this and the way that al-Najāshi welcomed a group of companions of the Messenger (sall Allāhu ʿalayhi wa sallam) when they sought refuge from harassment in Makkah. It is difficult to even conceive the manner that the Ansār of Madīnah welcomed their fellow believers in faith by offering them their homes, property, wealth, and whatever else they could find that was dear to their hearts.[vii][viii] Furthermore, the Prophet (sall Allāhu ʿalayhi wasallam) himself, being our ultimate example, never turned away any group of people who came seeking residence, wealth, food or water, even if he was in need of it himself.[ix] Perhaps our fellow citizens would be moved to hear of these examples of compassion and sacrifice. But, let us first reflect on whether our own hearts host these emotions.

Migration is likely to be one of the most defining issues of this century,[x] and it seems that we are not giving it the importance that it deserves. Various other matters are likely to distract us in the near future, but, this is a matter that I believe Muslims can show some real leadership in. We should not tolerate our fellow Muslims being caged in ‘jungles’, because they are a problem. We must spread our compassion and care, and push for a solution that frees them now, sparing our brothers and sisters further trauma. We should also ask our Lord to ease their suffering, and deliver them from their hardship. Furthermore, the refugees who are given asylum must be supported and cared for, otherwise anti-multiculturalism sentiments will flourish. Thugs have already started attacking young men of ‘middle-eastern appearance’ due to the alleged actions of a few,[xi] strangely similar to happenings in Cronulla, Australia in 2005.[xii]

Unless reasonable people take the lead in this discourse it is likely that these already dispossessed people will suffer further and be drawn into an endless cycle of vice that is known to afflict the subjugated. Of course, this problem will not be solved by writing an article, but let this reminder serve to provoke us into putting it on our own agenda.

[i] Haywood, J (2008), The Great Migrations: From the earliest humans to the age of globalization

[v] Sahih al-Bukhari 6011, Chapter: Being merciful to the people and to the animals