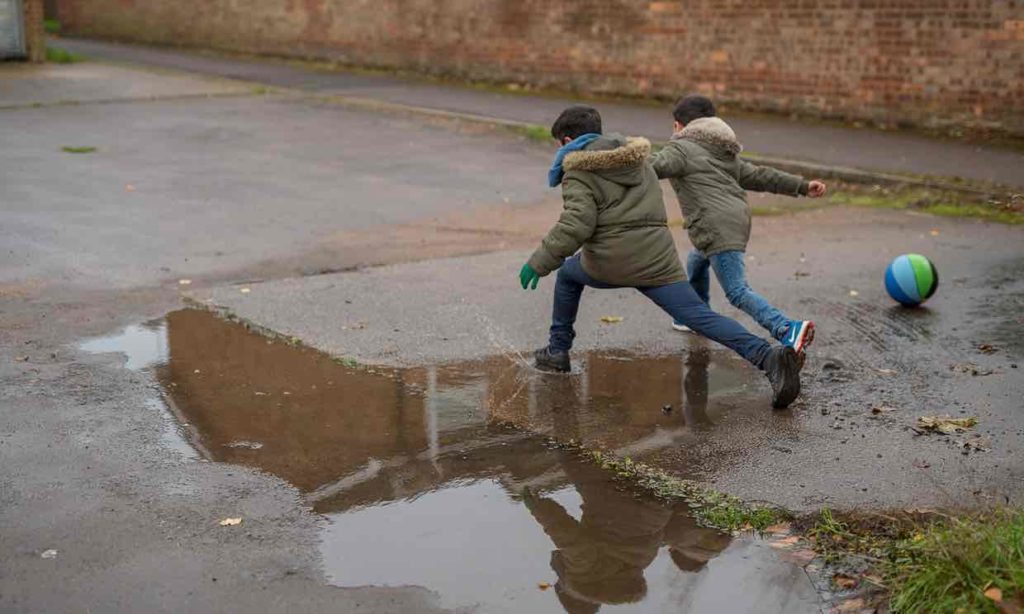 A local education authority has admitted racially discriminating against two young boys and breaching their human rights when a school called the police after one of them told his teacher he had been given a toy gun as a present.

The brothers, aged seven and five and of mixed Indian and Middle Eastern heritage, were questioned by uniformed officers in March 2016 after the school raised concerns they might be at risk of radicalisation. The boy’s teacher has insisted she never doubted the weapon was a toy.

The school’s governors found teachers were unsure if they had a duty to report their concerns under Prevent, the government’s anti-radicalisation strategy, and called Bedfordshire police. The school cannot be named in order to protect the children’s identity.

After speaking to the boys, police officers quickly concluded there was no cause for concern and the children were returned to their mother, from whom they had been kept apart for almost two hours.

In a statement, Bedfordshire police said they were called to the school after “reports of concern for safety and two officers attended”, but added the visit “was not in a Prevent capacity, but routine police attendance, and the officers were only present for a short time”.

The school governors are understood to have found in April that teachers lacked confidence in the way they dealt with Prevent-related concerns, concluding they had shown “a degree of racial stereotyping” in the way the strategy had been implemented in the boys’ case.

But after a legal challenge, in which the children’s mother argued no white child would be referred to police for owning a toy gun, Central Bedfordshire council has admitted the children were racially discriminated against and agreed to pay damages. It also admitted breaching their human rights in the way information about the staff’s suspicions was handled by the school.

The local education authority (LEA) has now changed its guidance to schools over Prevent, removing a mandatory instruction that they refer any concerns over radicalisation to police and requiring them to exercise professional judgment and consider other options. The boys’ mother felt obliged to drop a broader legal challenge to the government’s Prevent advice to schools, because of changes to legal aid rules.

News of the ruling comes in a critical week for the Prevent programme, with an amendment to the higher education bill, tabled by Lord Alf Dubs, debated and later withdrawn on Wednesday. A private member’s bill brought by Conservative MP Lucy Allan, which would remove the Prevent duty from nurseries and primary schools, is being debated on Friday.

The boys’ mother told the Guardian that the incident had made her children withdrawn, untrusting and frightened of what they said. She moved them to a new school following the incident, after her older son told her: “I don’t want to say the wrong thing, the teacher will call the police again.”

The children have been raised with no religion, but were among a small number of non-white pupils at their primary school. The family speak English at home and the boys have picked up a few words of their father’s language. Their mother said she had overheard her older son urging his brother never to use any language other than English.

“He said: ‘You can’t say foreign words at school, because you don’t know who you can trust.’ I remember being gutted and thinking: what has happened to my children? Can I not even discuss elements of their culture that they should be celebrating?”

The mother said she had been particularly upset by the incident because she had been an active supporter of the parent-teacher association and had volunteered to help with reading and Christmas events, which required her to get a DBS security clearance certificate. Her own background is Hindu and she had previously helped with a lesson on Diwali.

During a meeting with teachers on the day after the police visit, the mother said, she was told teachers had other concerns about her children, including that her older son had been speaking Arabic in class and talking about attending a mosque with his father.

“I said, ‘What do you mean? He doesn’t speak Arabic. His Dad doesn’t know any Arabic, I don’t speak Arabic.’” Her son had never attended a mosque, she said, but “it shows a real problem with bias if a teacher thinks if a child speaks Arabic and attends mosque that they are therefore at risk of radicalisation”.

The teacher denied to the school governors that she had suggested the child should not speak in a foreign language, but said the way he had spoken had scared another child and she had asked him to apologise.

The mother said she did not blame teachers for having concerns, given heightened fears of terrorism, but for the way they had responded. “Of course everybody is frightened, it’s a frightening time,” she added. “But how you handle it is very important. These are children we are dealing with. They are not collateral damage in the war against terror. They are little, tiny children who are completely formed by what happens to them. And if you treat a child like that because you are scared, then the problem lies with you, it doesn’t lie with them.”

Debaleena Dasgupta, legal officer at civil rights organisation Liberty and solicitor for the family, said: “It’s positive that the LEA admitted the children were discriminated against, but this incident is an inevitable consequence of the government’s Prevent duty, which obliges teachers to be suspicious of their young pupils.

“As this case shows, even the most baseless and absurd suspicions can have serious ramifications. The Prevent strategy and the attendant policies and guidance are failing, and risk sowing alienation and marginalisation in our classrooms.”

Schools have a legal duty under the Counter-Terrorism and Security Act 2015 to have “due regard to the need to prevent [pupils] from being drawn into terrorism”. Other young children have also been referred to authorities over extremism fears.

Last year a nursery in Luton threatened to refer a four-year-old boy to the Channel initiative, part of the Prevent scheme, after his mispronunciation of the word “cucumber” was misheard as “cooker bomb”. And, according to the charity Rights Watch UK, an eight-year-old boy was questioned by police after he wore a T-shirt bearing the name of a Muslim prophet, whom staff mistook for a terrorist leader.

Diane Abbott, the shadow home secretary, has called the controversial scheme “simply unworkable”, saying: “Even with widespread cooperation, the number of children under 10 who have been referred to the police under the Prevent strategy is over 400 in the last four years … yet according to the police, 80% of all referrals are not acted on.”

The government has confirmed that it plans to strengthen the programme, despite criticism from the home affairs select committee and the independent reviewer of terrorism legislation.

Central Bedfordshire council said Prevent officers were not sent to the school and a referral was not made under Prevent in this case, but they apologised to the family for the way they had been treated. In a statement, the council said: “All schools receive regular training on the Prevent strategy to ensure that any potential incidents are dealt with sensitively and appropriately.

“Prevent referrals in Central Bedfordshire are falling due to school staff being more confident about how to handle incidents, so only the most serious, which cannot be dealt with at a local level, are referred.”

A government spokesperson said: “The Department for Education’s Omnibus survey result reveals that 83% of headteachers were confident about implementing the Prevent duty.”