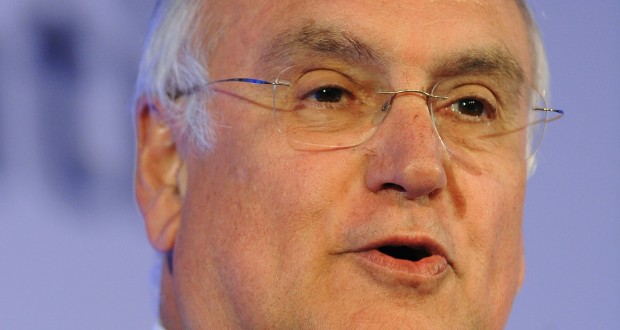 A high court judge has ruled that Ofsted inspectors were wrong to penalise an Islamic faith school because of their “erroneous” view that segregation of boys and girls amounted to unlawful discrimination.

But Mr Justice Jay allowed Ofsted, the body that regulates schools in England, to publish the rest of its inspection report placing the school into special measures, after inspectors found books in the school library that gave tacit approval to domestic violence.

Ofsted’s original inspection report was withheld after the school – which cannot be named – won an injunction arguing that publication would cause it “widespread and irreparable damage”.

In his judgment, Jay was critical of Ofsted’s claims that segregation by sex in faith schools would inevitably lead to discrimination. “Given that both girls and boys are denied the same opportunity of interaction with the opposite sex, it would be artificial to hold that each group has been discriminated against, in the sense of receiving treatment less favourable than the other. There is no evidence in this case that segregation particularly disadvantages women,” he said.

Three previous Ofsted inspections of the school failed to find fault over its policy of segregation. During the court hearing, Ofsted argued that separation by sex would “reinforce notions of inferiority within the female gender”.

The court rejected the school’s claim that it had been unfairly targeted after a visit by Sir Michael Wilshaw, the chief inspector of schools. The ruling found that Ofsted would still have rated the school as inadequate “on the discovery of offensive books in the library and the failings in relation to safeguarding”.

Wilshaw said Ofsted would appeal against the ruling, saying he was “disappointed that the court has determined that the practice of completely segregating boys and girls in this publicly funded mixed-sex school does not amount to unlawful discrimination. I do not believe that segregating children without an educational reason is in their best educational interests.”

Wilshaw was previously a headteacher of St Bonaventure’s, a Catholic boys’ school in east London, with girls admitted to the sixth form.

The judgment said: “The only basis for holding that segregation between the sexes reinforces notions of inferiority within the female gender is by contending, and then establishing, that this is, in effect, why Islamic schools in particular or faith schools in general carry out the practice. But Ofsted has not made that argument, and there is no evidence to that effect.”

Jay said Islamic faiths schools were similar to some Jewish schools in this respect. “Indeed, there is evidence before me of a particular Jewish school, operating on what is described as two campuses, which at its last Ofsted inspection in 2012 was rated outstanding across the board,” the judge noted. “From brief internet research, I have gathered that a number of Christian faith schools have similar practices.”

He said placing the school in special measures was justified because books in the school library “contained views which are inimical to fundamental British values” in Ofsted’s view. The books claimed that a wife is not allowed to refuse sex to her husband and that women are “commanded to obey their husbands and fulfil their domestic duties”, according to the ruling. They also gave tacit approval to a husband beating his wife, “provided that this is not done ‘harshly’”.

Jay said: “In my judgment it is obvious that leaders at the school conspicuously failed in allowing these books to enter, or re-enter, the library, and the report’s assessment to that effect cannot be impugned.”