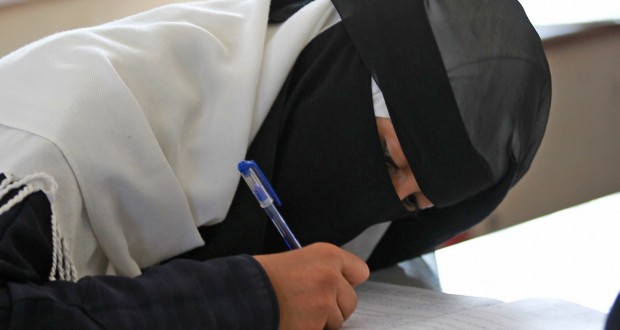 The government’s controversial Prevent counter-radicalisation strategy is to be toughened rather than scaled back despite criticism that it is a toxic brand and a “big brother” security operation among Britain’s Muslim communities.

The Home Office confirmed that a secret Whitehall internal review of Prevent, ordered earlier this year by Theresa May when she was home secretary, has concluded that the programme “should be strengthened, not undermined” and has put forward 12 suggestions on how to reinforce it.

The overhaul of the programme is to be detailed as part of the government’s wider reworking of its counter-terrorism strategy, known as Contest, that is to be published before the end of the year. Ministers believe that Prevent is working and is safeguarding people from being drawn into terrorism.

Criticism of the four-year-old Prevent strategy, under which more than 8,000 people have been referred for possible inclusion in the anti-radicalisation programme, has intensified in recent months. The programme has expanded rapidly over the last 18 months as more than 850 people have left Britain to go to Islamic State-controlled territory in Syria and Iraq.

Its critics include David Anderson QC, the independent reviewer of terrorism legislation, and the Commons home affairs select committee, which called for the “toxic brand” of Prevent to be abandoned in favour of a more inclusive “Engage” title, and for much clearer guidelines and training on how it is implemented in schools and universities. Anderson has said: “There is a strong feeling in Muslim communities that I visit that Prevent is if not a spying programme then at least a programme that is targeted on them.”

Others, including Diane Abbott – the shadow home secretary – and teaching and student unions, have called for its reform or even abandonment. The Muslim Council of Britain has announced that it will set up its own programme next year aiming to tackle the issue of support for Isis within Muslim communities.

“The whole scheme is simply unworkable,” Abbott said this week. “Even with widespread cooperation the number of children under 10 who have been referred to the police under the Prevent strategy is over 400 in the last four years. Families are terrified their kids will be taken from them, guilty only of playing school playground games, play acting or childish bragging. Yet according to the police, 80% of all referrals are not acted on.”

A recent George Soros-funded Open Society Justice Initiative report cited instances in which information was apparently gathered from Muslim primary school pupils without their parents’ consent, and the case of a 17-year-old who was referred to police by his college because he had become more religious.

The Home Office minister Susan Williams recently acknowledged there had been cases in which children were dealt with inappropriately in schools and that there was a need for “much-enhanced” training. Since 2011, some 600,000 frontline public sector staff have received some form of training in how to identify those vulnerable to radicalisation.

The Home Office says the fact that the police do not act on 80% of referrals shows it is working as a safeguarding programme and successfully screens out those who are being wrongly identified.

A Home Office spokesperson said: “We regularly assess our Prevent work to ensure it deals with the threat of radicalisation as effectively and sensitively as possible.

“A review of Prevent has been carried out and will be reflected in the updated Contest counter-terrorism strategy, which we will publish in due course.”

The Department for Education has produced guidance to schools on their statutory duty under the programme and the Educate Against Hate website contains resources for schools and parents on preventing young people from being radicalised and educating young people to reject extremist ideologies. Survey results reveal that 83%of head teachers say they are confident about implementing the Prevent duty.

An individual intervention package is developed for each person accepted on to the Channel part of the programme which can include mainstream health, education, employment or housing services through to specialist mentoring or appropriate faith guidance and wider diversionary activities such as sports.