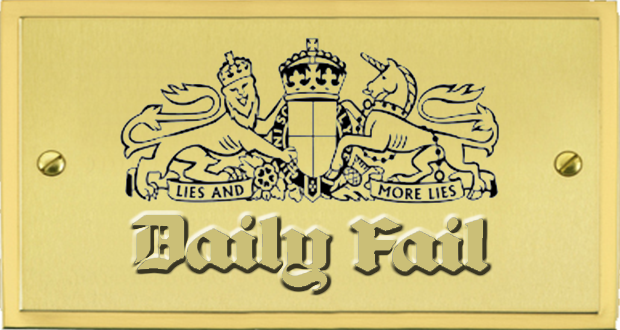 Alhamdulillah eventually the truth has prevailed and the Daily Mail has apologised for Katie Hopkins’ outrageous lie about yet another Muslim scholar. Our congratulations go to Shaikh Dr Khalid Fikry and his family for having the patience, will and strength in taking giant media corporations like the Daily Mail to task for spreading falsehood. Indeed victory is with Allah and Allah alone.

The Daily Mail is no stranger to publishing fake “news” stories, by Katie Hopkins and other ideologues. In December they were forced to publish an apology to the Mahmood family,[1] after demonising them when they were prevented from going to Disneyland in the USA. Without any evidence whatsoever Katie Hopkins wrote that some of them were linked to Al-Qaeda!

Months earlier the Daily Mail also came under the spotlight for demonising Imam Ali Hammuda for an undercover “reporter” apparently twisting his reading of Imam al-Nawawi’s ubiquitous Forty Hadith collection as some kind of call to support ISIS or take sex slaves.

Leave your comments of support and congratulations and spread the good news as far and wide as possible and make Dua for the Shaikh and let this be an example of never giving up in a struggle for justice. 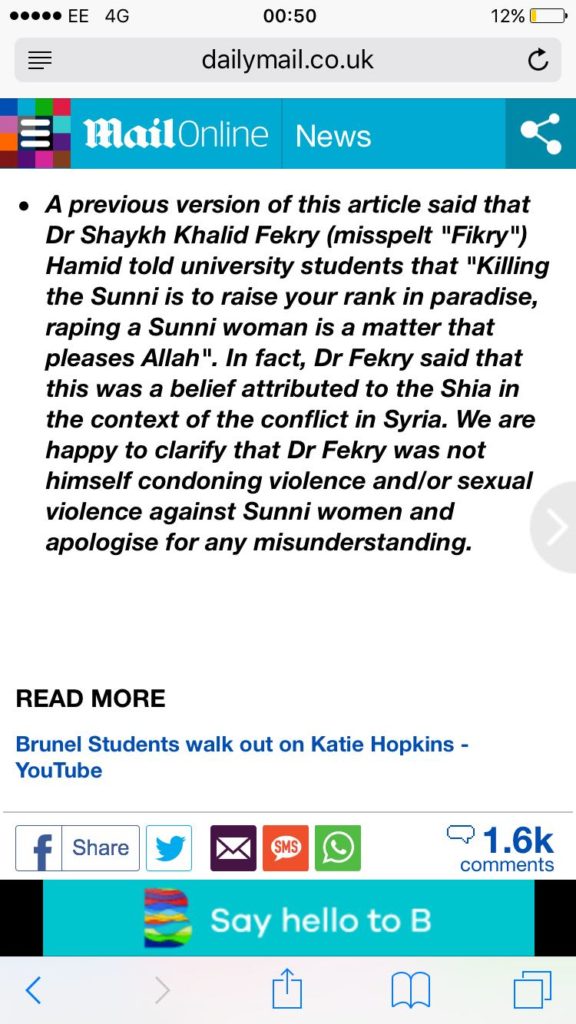