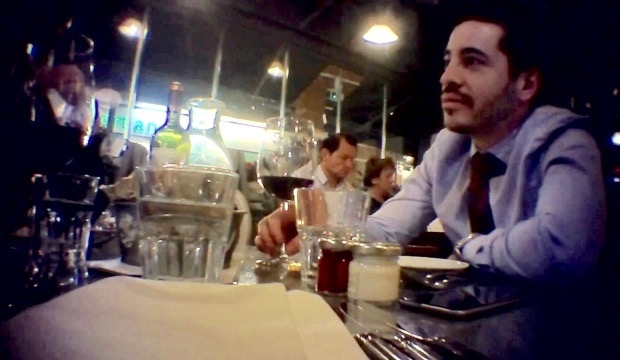 The Israeli government is in the midst of a brazen, covert influence campaign in Britain, a six-month undercover investigation by Al Jazeera will reveal.

Each episode of the four-part series “The Lobby” will be broadcast daily on Al Jazeera from January 11 at 22:30 GMT.

For half a year, Robin (alias), an undercover reporter, met with members of Britain’s lobby network that enjoys strong support from the Israeli government by way of the Israeli embassy in London.

Robin posed as a graduate activist with strong sympathies towards Israel who was eager to help combat the Boycott, Divestment and Sanctions movement prominent in Britain.

Among just a few of the investigation’s many findings, Al Jazeera’s Investigative Unit can on Sunday reveal that an Israeli diplomat plotted to destroy the careers of senior politicians.

Robin secretly filmed the moment at a London brasserie when Shai Masot, a senior political officer at the Israeli embassy, asked Maria Strizzolo, who was then chief of staff to MP Robert Halfon, the deputy chairman of the ruling Conservative Party: “Can I give you some MPs that I would suggest you take down?”

In response, Strizzolo said: “Well you know, if you look hard enough I’m sure that there is something that they’re trying to hide.”

“Yeah. I have some MPs,” Masot replies.

“[Strizzolo] knows which MPs I want to take down … The Deputy Foreign Minister.”

Duncan said in 2014 that while he fully supports Israel’s right to exist, he believes settlements on occupied Palestinian land represent an “ever-deepening stain on the face of the globe”. He also likened the situation in Hebron in the occupied West Bank to apartheid.

At the same dinner table conversation, Masot described British foreign secretary Boris Johnson, Duncan’s boss, as an “idiot … without any kind of responsibilities”, while Strizzolo said he was “solid on Israel”.

Strizzolo, while advising Robin, revealed that she had a strategy of manipulation to ensure Israel remains at the top of the UK’s foreign policy agenda.

She also advised trying to infiltrate Prime Minster’s Questions, a weekly session in which the leader of the country answers questions from MPs. The debate is televised live.

“If they already have the question to table for PMQs [Prime Minister’s Questions], it’s harder to say: ‘No, no, no, I won’t do it’,” she said.

Strizzolo then boasted how her own efforts once made an immediate impact on the national debate.

While in Israel with the Conservative Friends of Israel parliamentary group in 2014, she persuaded MP Halfon to question the prime minster in public over three missing teenagers believed to have been kidnapped and murdered “to get a response from the government”, Strizzolo said.

Halfon took the request and called on then-Prime Minister David Cameron to support the Israeli government, which he said should do “everything possible to take out Hamas terrorist networks”.

In response, Cameron promised that Britain would “stand by Israel”.

After news of Al Jazeera’s Investigative Unit’s series “The Lobby” was published by international media, an Israeli embassy spokesman in London tweeted a message saying that Masot would be “ending his term shortly”, adding that Mark Regev, ambassador of Israel to the UK, had apologised to Duncan “and made clear that the embassy considered the remarks to be completely unacceptable”.