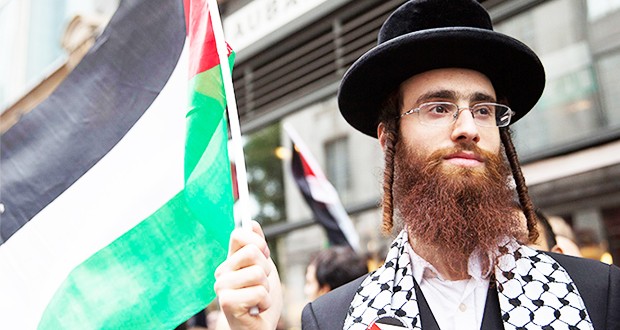 Antisemitism is anathema. From Ken Livingstone to Ephraim Mirvis, the chief rabbi, no one has a good word to say for it. For some there has been a crisis in 2016, for others there has been a witch-hunt. Everyone is against antisemitism: we just can’t agree on how to recognise it.

This year there have been no less than three inquiries and reports on antisemitism: Janet Royall’s presented in May, Shami Chakrabarti’s at the end of June (I served as one of the vice-chairs to this inquiry, although the resulting report was Chakrabarti’s alone) and the home affairs committee report published in October. All dealt exclusively or significantly with the issue of antisemitism in the Labour party.

Now, at year’s end, the prime minister has announced that the government has adopted the definition of antisemitism recommended by an inter-governmental body, the International Holocaust Remembrance Alliance (IHRA). Theresa May heralded a single standard with which we can identify and call out antisemitism. The Labour party quickly fell into line and British Jewish leaders welcomed the initiative. Does this promise a new year in which the politics of antisemitism will be less divisive? Or are the issues bound up in antisemitism too complex to be solved by fiat?

The text carries dangers. It trails a list of eleven examples. Some of the points are sensible, some are not

Much of the rancorous debate around antisemitism this year has circulated around three disputed terms: antisemitism, Zionism and anti-racism.

The term antisemitism was first popularised in Germany in the late 1870s. It is closely bound up with the experiences of Jews as a minority group. It carries memories and knowledge of discrimination, violence and genocide. Yet now the term also operates in a context created both by the formation of the state of Israel in 1948 and the consequence of its military victory in 1967. Israeli Palestinians possess citizenship rights within the country’s internationally recognised boundaries. Nevertheless, Israel’s relations with the Palestinians have also been characterised by discrimination and occupation, annexation and expropriation. Those who make Israel the target of criticism for these actions are now denounced as antisemitic by Israel’s leaders and by their supporters around the world.

In this way antisemitism is a term that does service both as a defence of minority rights, and in the context of support for a discriminatory and illiberal state power. Little wonder the word provokes so much disagreement.

At times the debate over antisemitism has been a surrogate for another quarrel: whether the Labour party should be a comfortable place for Zionists. In parts of the left the terms “Zionism” and “Zio” have become part of the lexicon of invective. Zionism and anti-Zionism encompass a range of positions, but in debate they get defined by opponents according to their maximalist connotations: religious and ethnic privilege, occupation and settlement are ascribed to one side, refusal to assent to the legitimacy of the state of Israel by the other. The facts provide a different picture. Many people who think of themselves as Zionists are at the forefront of protest against Israel’s policies. Many who conceive of themselves as anti-Zionists accept the state’s right to exist while they oppose its objectionable laws and policies.

Anti-racism too has generated conflict, not least in the Labour party. Chakrabarti provided a cautious assessment of the extent of antisemitism within Labour. But it is not only the proven incidence of antisemitism that should concern us but also the well of support that exists for people who reveal prejudice or callous insensitivity towards Jews. The last year has been punctuated by a handful of headline-grabbing incidents of this sort.

These incidents provoke debate over individuals. However, the problem also lies in political culture. The commonplace idea that racism expresses relations of power too often leads to the belief that it expresses only that. But racism can inform acts of resistance and solidarity as well as domination. If we fail to recognise this we will be poorly equipped to identify racism when it is directed against a group that is relatively affluent, coded as “white”, and most of whose members feel attached to the strongest power in the Middle East. It will increase the chances that we are blind to bigotry and myth when it is directed against British Jews.

So does the IHRA definition that Britain has adopted provide the answer? I am sceptical. Here is the definition’s key passage: “Antisemitism is a certain perception of Jews, which may be expressed as hatred towards Jews.” This is bewilderingly imprecise.

The text also carries dangers. It trails a list of 11 examples. Seven deal with criticism of Israel. Some of the points are sensible, some are not. Crucially, there is a danger that the overall effect will place the onus on Israel’s critics to demonstrate they are not antisemitic. The home affairs committee advised that the definition required qualification “to ensure that freedom of speech is maintained in the context of discourse on Israel and Palestine”. It was ignored.

The IHRA definition has been circulating for over a decade and has already been buried once. It is almost identical to the European Union monitoring commission’s working definition, formulated in 2005 as part of the global response to the second intifada in the early 2000s. The definition was never accorded any official status by the EUMC and was finally dropped by its successor body, the Fundamental Rights Agency.

The definition has been resurrected just as we are moving to new times. David Friedman, who will soon become President Trump’s ambassador to Israel, has denounced the “two-state” solution. The prospect of continued Israeli dominion over disenfranchised Palestinians, supported by a US president whose noisome electoral campaign was sustained by nods and winks to anti-Jewish prejudice, is changing the dynamic of Jewish politics in Israel and across the world.

In this new context, the greatest flaw of the IHRA definition is its failure to make any ethical and political connections between the struggle against antisemitism and other sorts of prejudice. On behalf of Jews it dares to spurn solidarity with other groups who are the targets of bigotry and hatred. In the face of resurgent intolerance in the UK, in Europe, the United States and in Israel, this is a luxury none of us can afford.

Source: The Guardian by David Feldman

2017-01-01
+Editor
Previous: Looking back with Islam21c
Next: Will Britain’s new definition of antisemitism help Jewish people?