Looking back with Islam21c 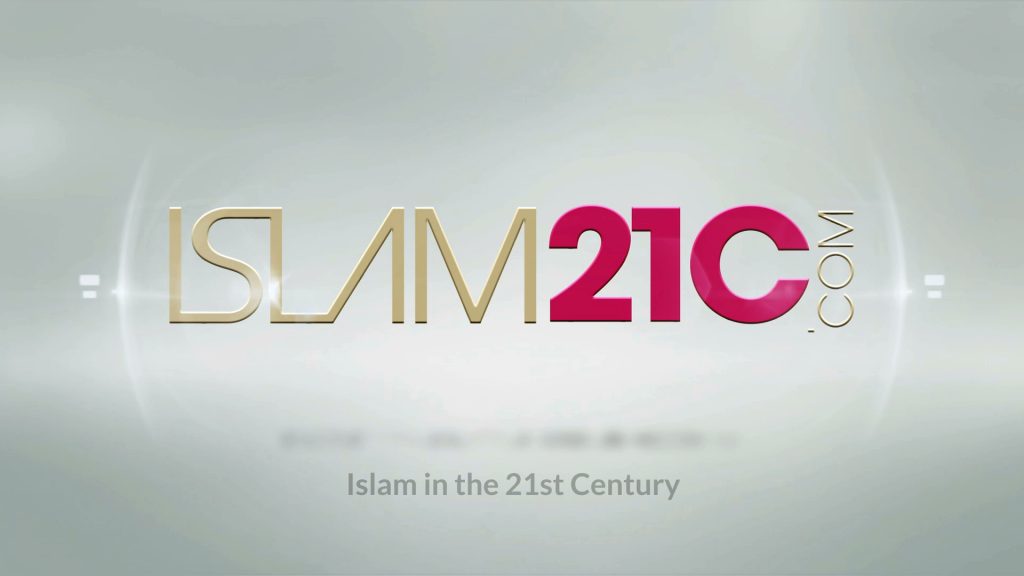 The last 12 months have been full of historical events both internationally and domestically, and by the Grace of Allah, Islam21c has been among those at the forefront of bringing information, guidance and solutions to Muslims in the English-speaking world.

Whilst there are many websites individually catering for either the spiritual, philosophical, political or news needs of the Ummah, Islam21c—in keeping with its ethos and vision—consciously tries to merge all of these domains and more for the 21st century Muslim audience. Our vision in particular also extends to uniting Muslims globally and increasing genuine, meaningful cooperation on shared, orthodox principles, whilst we challenge the outdated fault lines that have divided us historically—be they nationalistic, theological, or so on—in order to take into account more important and consequential features of the Muslim experience in the 21st century.

The last year has been full of successes, hardships, failures and important lessons for the Muslim community. The team at Islam21c have been working hard to produce a bespoke resource sifting through more than 500 published articles over the last 12 months. We have selected almost 250 seminal articles by dozens of leading scholars, thinkers and activists written exclusively for Islam21c over the year to create several thematic reviews alongside interactive timelines to accompany each one. God willing, we will be publishing these over the coming days taking you on an emotional journey through the year re-experiencing key events and drawing wisdom and strength from the good, the bad and the ugly. Today we start with a general and very brief overview of the year alongside some insights into Islam21c. Be sure to return to the site over the coming days for our detailed reviews.

We covered major world events in the last 12 months including the suffering of the Ummah in Syria, Palestine, Burma, Iraq and elsewhere, including unique perspectives and lessons on human suffering itself, and the victorious, optimistic mind-set a Muslim should have. This included supporting key organisations and leading figures in running and supporting campaigns and raising tens of thousands of pounds for emergency appeals across the Ummah with our charity partners of the year, Muntada Aid.

We also chartered the sea-change in public attitudes against the UK Government’s counter-extremism policy, PREVENT, culminating in Islam21c’s Editor-in-Chief taking landmark legal action against the UK Government at the High Court. This year also saw the complete discrediting of the “science” underpinning ‘radicalisation’ models in a report released by advocacy group CAGE. It was followed by over 140 academics including Noam Chomsky and Marc Sageman signing a joint letter expressing their concerns in support of the report’s findings.

An exclusive interview Islam21c carried out with one of the report’s authors.

We analysed and reported an increase in media scandals and propaganda this year as well, with mainstream Muslim figures being the target of Establishment Islamophobia from Dr Zakir Naik in India to Ustadh Ali Hammuda in the UK to name just a few, as well as concerted efforts to demonise advocacy group CAGE and the Deobandi school by some quarters of the media. Islam21c was the platform many such individuals chose to set the record straight. 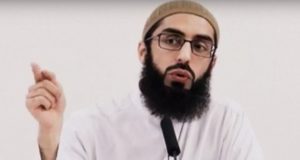 We also took leading initiatives to start important introspective conversations concerning the Da’wah in the western world, activism, raising children and the plethora of social ills that plague modern society and more. This includedn all-important look back into history in order to distil wisdoms to approach the future, with a record breaking number of articles in our History section this year.

The last 12 months also saw a rise of right-wing populism with the Brexit in the UK, the Trump election in the US, burkhini bans in France and rising hostility to refugees in Europe. Islam21c provided a space for difficult conversations around these topics and more. 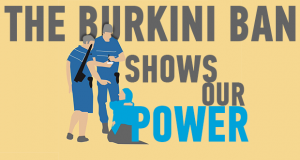 The Burkini Ban Shows Our Power

Over the year we expanded our team from 3 to 5 core members of staff which translates into 130+ hours every week going into driving Islam21c to what it is today. We expanded our multimedia content as well as translations into other languages for key content. We released six exclusive Podcasts, ran five BIG Discussion panel shows and taught 30+ weeks of eCourses covering Tafsir of Surahs Ahqaf and Shura, available online.

Al-Hamdu lillāh, we have been inundated with messages from support from our readers all over the world, and we have had hundreds of thousands of visitors from almost 200 countries and territories with our highest traffic coming from UK, USA, Canada, Australia, UAE, Saudi Arabia, Netherlands, South Africa to name a few.

This year the work of Islam21c has been featured on Channel 4 News, BBC’s Victoria Derbyshire Show, Reuters, BBC Radio 4, OpenDemocracy, RT News, Islam Channel, Eman Channel, Inspire FM and other mainstream and Muslim news agencies, by the Grace of Allāh.

Being among the first and—al-Hamdu lillāh—longest running British Muslim websites, this Ramadan marked our decade anniversary; 10 strong years of providing guidance and solutions for Muslims in the west. We ran a viral campaign which many kindly supported to raise £16,000 to help cover our running costs for 2017 and keep Islam21c independent and accountable directly to the Muslim community.

To carry out our work for 2017 we urgently need to reach £40,000, we pray our work inspires you enough to be part of our ongoing success and donate generously here. We only require 100 people to sign up to a standing order of just £20/month so we can focus our time and energy on doing the work we so desperately need to do for the muslim community. Donate here

We urgently need to employ two new key staff members to really strengthen our team and expand our activities in 2017, including building a new site, a mobile app and a whole range of exciting interactive and social content—God willing—as well as continue to on with all the crucial work we do every day.  Visit www.islam21c.com/donate to help be part of this history.

Our next review will be a detailed thematic (and interactive) look into a specific area which touched the hearts of millions in 2016. Please visit us again to catch it.