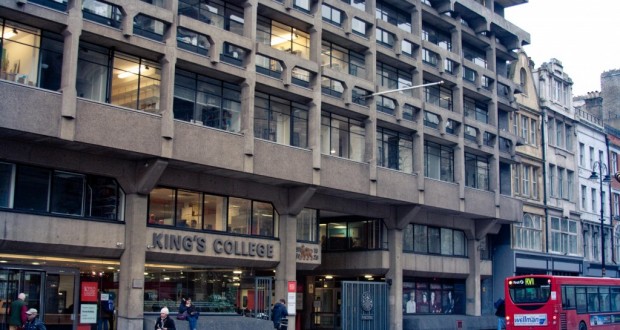 A British university that is home to one of the world’s foremost centres for radicalisation studies has publicly admitted to monitoring the emails of students and staff because of the UK government’s controversial Prevent counter-extremism strategy.

King’s College London published a warning on its email login page informing students and staff that they consented to having their emails “monitored and recorded” if they chose to use the email service.

The message on the sign-in page also advises users to not send any material via emails deemed “indecent, offensive, defamatory, threatening, discriminatory or extremist.”

No definition has been provided by King’s, which hosts the International Centre for the Study of Radicalisation (ICSR), as to what constitutes extremist material.

Ibtehal Hussain, who is a final year War Studies student, told Middle East Eye she was concerned about the impact the policy would have on students and staff who are politically active on campus.

“Knowing that our emails are being monitored creates a climate of fear and intimidation especially for those involved in political activism on campus,” said Hussain.

“Rather than keep us safe it will create more concern and paranoia for students and force many like myself who are politically active and Muslim to censor themselves.”

A senior academic at the institution who wished to remain anonymous told MEE that they were not aware that their emails were being monitored by the institution but said that they could understand why the university had decided to comply with the policy as their “hands were tied like other institutions across the country.” 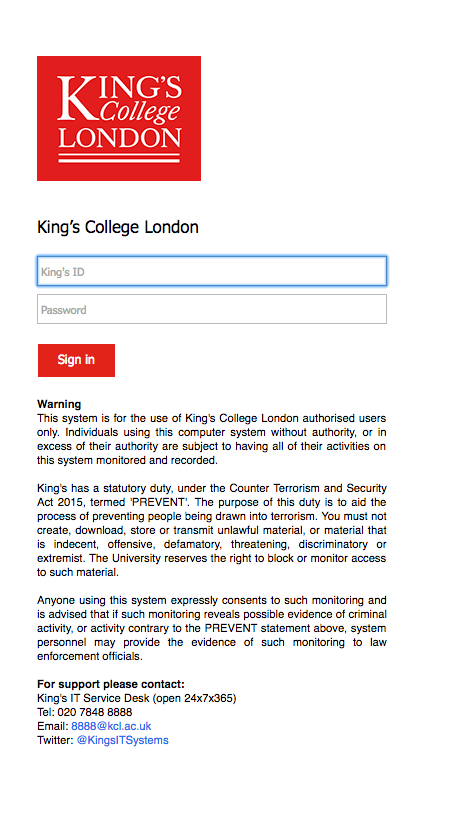 A spokesperson however from King’s denied that the institution was “actively monitoring IT activity” of students and staff on campus.

The warning on the sign-in screen, according to the spokesperson, was part of the university’s “obligations under Prevent with regards to such policy”.
The spokesperson also added: “We are following best practice for the sector as advised by UCISA [Universities and Colleges Information Systems Association] and defined by law, which determines what is and what is not permissible use of institutional IT facilities. King’s College London is proud of its diverse and inclusive community and any monitoring would form part of the usual security process.”

The move by King’s comes with universities across Britain now legally obliged to comply with the government’s Prevent agenda, which became a statutory duty under the Counter Terrorism and Security Act in 2015.

The act states that every public sector body, including universities and all educational establishments, have an obligation to report individuals deemed to be at risk of being drawn into terrorism.

Universities have become a focal point for opposition to the policy with numerous student and staff unions campaigning against it.

Critics have also claimed that Muslim students have been disproportionately targeted by Prevent since it became a legal duty.

Staffordshire University was forced to apologise after Mohammed Umar Farooq, a graduate student in counter-terrorism studies, was questioned under Prevent in 2015 after being spotted by staff reading a core textbook titled “Terrorism Studies” in the university library.

Farooq told the Guardian newspaper he was interrogated and questioned on his attitudes to homosexuality, the Islamic State group and al-Qaeda.

The open letter, which was signed by notable academics like Noam Chomsky, criticised the science “being used as the basis for assessing risk of ‘radicalisation’ and referral to the Channel programme.”

Channel is a Prevent-linked counter-radicalisation programme.

King’s came under the spotlight in 2015 when it was described by then-prime minister David Cameron in parliament as being a host to “hate preachers”.

The university also came under scrutiny after a former physics student was charged with “intending to commit acts of terrorism” in 2014.

MEE also approached academics working with the ICSR for comment but did not get a response.