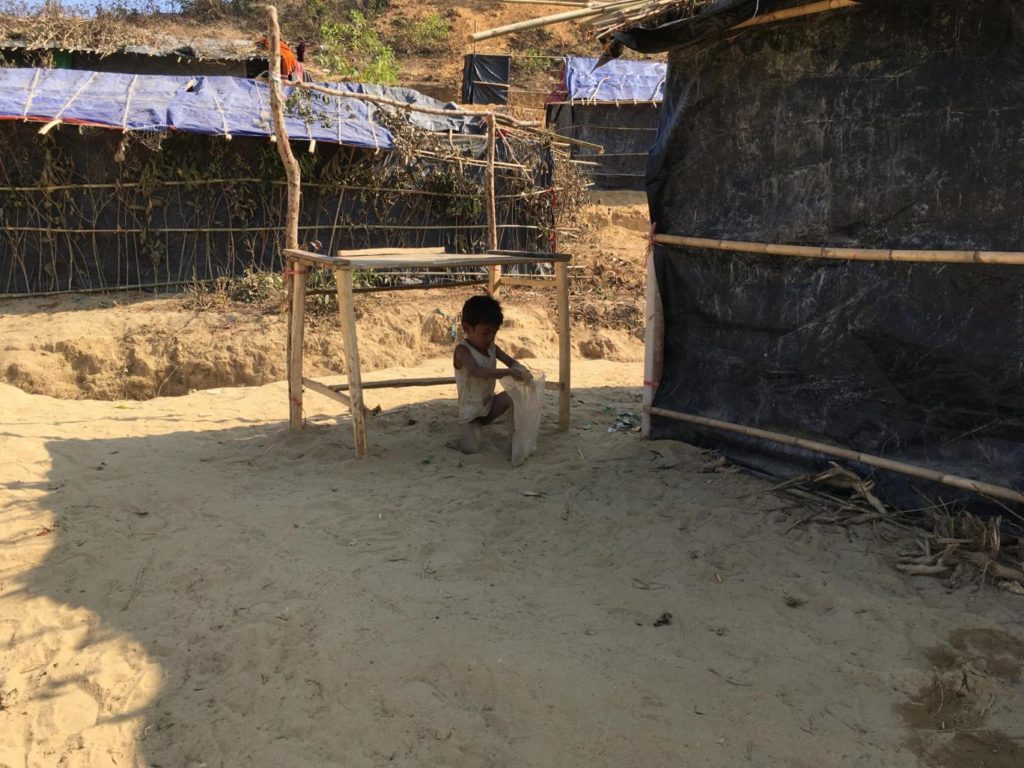 Babies and children have been slaughtered with knives during a military campaign on Rohingya Muslims in Burma, according to a series of accounts in a disturbing UN report.

An eight-month-old, a five-year-old and a six-year-old were all reportedly stabbed to death in their own homes during so-called “area clearance operations” by Burmese security services, which are reported to have killed hundreds of people since 9 October, in a Rohingya-dominated area in northwest Rakhine State.

The chilling accounts, described by the UN as “revolting”, are outlined in a flash report from the United Nations Human Rights office. The report, which has been released early because of its alarming nature, is based on interviews with more than 200Rohingya refugees who have recently entered Bangladesh after fleeing from violence they faced in Rakhine.

One mother recounted in the report how her five-year-old daughter was trying to protect her from rape when a man “took out a long knife and killed her by slitting her throat”, while in another case an eight-month-old baby was reportedly killed while his mother was gang-raped by five security officers.

A 14-year-old girl also told of how, after being raped by soldiers, she saw her mother beaten to death and her two sisters, aged eight and 10, killed with knives.

The Burmese Government has repeatedly denied allegations of persecution against the Rohingya minority, rejecting any evidence as “propaganda” and arguing that police beatings were ordinary in many countries.

During the crackdown in Rakhine, armed members of Burma’s security services are said to have rounded up Rohingya men and taken them away in vehicles, before then going from house to house gang-raping or sexually harassing women, and sometimes killing children who cried or tried to protect their mothers.

In another case, recounted by a number of refugees in separate interviews, the army of Rakhine villagers locked an entire family, including elderly and disabled people, inside a house and set it on fire, killing them all.

Many witnesses and victims also described being taunted while they were being beaten, raped or rounded up, such as being told “you are Bangladeshis and you should go back” or “what can your Allah do for you? See what we can do?”

Other attacks against Rohingya Muslims by Burma’s security services include brutal beatings and disappearances. The vast majority of those interviewed said they had witnessed killings, and almost half reported having a family member who was killed, as well as family members who were missing.

More than half of the 101 women interviewed said they had been victims of rape and other forms of sexual violence.

Linnea Arvidsson, one of the four UN workers who interviewed Rohingya refugees in Bangladesh and drew up the report, told The Independent she had never encountered such a “shocking” situatio.

“It’s shocking. I’ve never encountered a situation like this, where you do 204 interviews and every single person you speak with has a traumatic story, whether their house was burnt, they’ve been raped or a relative was killed or taken away,” said Ms Arvidsson.

“In many cases we were the first people, other than their close family, who these people had spoken to. They would break down. Women and even grown men would be crying.

“The women cried when they spoke of being raped, or seeing their children being killed. Men cried when they related how their houses had been burnt, and their concerns over how they would now be able to support their families.

“It’s very rare for there to be such a high prevalence of violence. And when you think we spoke to just 204 people of a total of 88,000 who have fled the area, it’s really scary to think of the total numbers.”

The attacks on Rohingya in Rakhine were triggered last October when nine police officers were killed in attacks on posts along the border with Bangladesh, and the security services launched an intense crackdown on the Rohingya population to track down the insurgents behind the incident.

But the violence follows a long-standing pattern of violations and abuses, systematic discrimination and policies of exclusion and marginalisation against the Rohingya that have been in place for decades in northern Rakhine.

Ms Arvidsson added that the violent attacks against men, women and children were more than systematic operations in the search to find the insurgents responsible for the police killings in October, inferring that ethnic discrimination was also behind the slaughter of babies.

“To say these are area clearance operations looking for insurgents who killed police officers doesn’t make any sense. To kill babies, toddlers and young children and rape women when you are trying to find insurgents doesn’t make sense,” she told The Independent.

“The testimonies we gathered pointed at two intents as the motivation of this persecution: the collective punishment following humiliation over the attacks against police officers in October, and the ethnic and racial element – the disdain for this minority.

“You don’t slaughter eight-month-old babies because a police officer was attacked. It’s because you just don’t consider the child as human.”

The UN’s High Commissioner for Human Rights, Zeid Ra’ad al-Hussein, described the “devastating cruelty” against Rohingya children as “unbearable”, saying the allegations of babies being stabbed “beg” a reaction from the international community.

“The devastating cruelty to which these Rohingya children have been subjected is unbearable – what kind of hatred could make a man stab a baby crying out for his mother’s milk,” he said.

“And for the mother to witness this murder while she is being gang-raped by the very security forces who should be protecting her – what kind of ‘clearance operation’ is this? What national security goals could possibly be served by this?

Mr al-Hussein also urged the authorities in Burma to bring an immediate end to the “grave human rights violations” against its people, saying: “The Government of Myanmar must immediately halt these grave human rights violations against its own people, instead of continuing to deny they have occurred, and accepts the responsibility to ensure that victims have access to justice, reparations and safety.”

Published by The Independent