Could YOU be to Blame for the State of the Ummah? 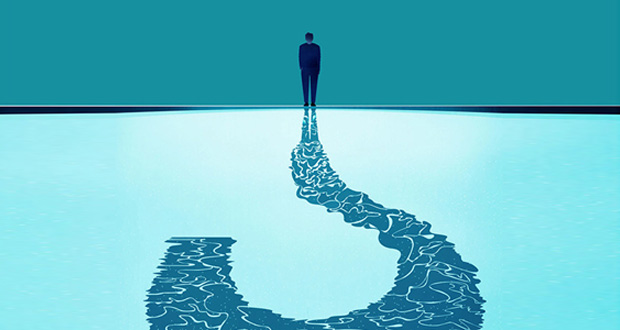 We are all tired of what we see in the news every day; war in Syria and Yemen, genocide in Myanmar, occupation in Palestine, famine in Somalia – to name just a few. It is both mentally draining and depressing to see the current state of the Ummah. One might naturally feel somewhat helpless and wonder why it has come to this. Whilst we in the West live in relative peace and security, we all feel the pain of our brothers and sisters around the world.

Of course, given how much we are shown in the news, many have become desensitised to many of these issues, and only awaken when a new or big incident occurs, over and above the day-to-day suffering and “normal” levels of injustice or violence.

Our usual reaction of anger and sadness often ends with a shrug of the shoulders, blaming our corrupt leadership and intending to make duʿā’ for those suffering or to make a donation. Or perhaps that level of anger might last slightly longer so much so that we attend a few protests and write to our local MPs to make our views heard, before slowly but surely getting back to normality. Life must go on, and we can only do so much after all.

In a famous ḥadīth, the Prophet (sall Allāhu ʿalayhi wa sallam) said: “The parable of the believers in their affection, mercy, and compassion for each other is that of a body. When any limb aches, the whole body reacts with sleeplessness and fever.”[1]

These days our limbs are far beyond aching, yet the fortunate amongst us can only sustain the mentioned sleeplessness and fever for the shortest period of time. What then can we really do to make a difference?

Duʿā’, sadaqah, protests and writing to our local MPs should not be belittled; these are all important steps to take. In fact, some of these may be amongst the most effective and powerful tools at our disposal. But by taking a step back and looking at the bigger picture, we see that Muslim lands are largely weak and divided, and many are run by corrupt rulers seeking to secure their own power-base rather than establish justice.

Thus, though sending money to those in need may help deal with some of their immediate concerns, we should wonder what difference we can make to the fix the larger problem at hand. With a bit of self-reflection, we might even find that instead of pointing the finger at our leadership, it should be ourselves we look at and blame! How so?

Imagine a world in which the vast majority of Muslims practiced the very basics of the religion; ensuring their five daily obligatory prayers were maintained; the obligatory fasts and charity upheld; and major sins avoided. Imagine an Ummah whose members, seeking self-improvement, continuously looked at their own shortcomings, instead of dwelling on that of others, or on differences of opinion. Is it feasible that such a nation would suffer as it is does today? Absolutely not.

Reflecting on the ḥadīth mentioned above, surely a sound and healthy body would overcome any aching limbs with ease. However if the body is neglected, it is only natural that more and more ailments will arise.

We need to each realise that every single sin we commit as individuals adds to the wider problem; harming the figurative body in the ḥadīth. Every time one of us neglects an obligatory act, that in itself is likely to have a direct impact on the Ummah as a whole, because when all of these are added up, what are we left with? The answer is a nation collectively living in disobedience to the Creator, and hence deserving of the leadership we face today.

Thus it is imperative that we, immediately and without procrastination, work on rectifying our own relationships with Allāh and improving ourselves, in order to safely expect the dramatic turnaround we all desire in the Ummah. Our leaders are only a product of the societies they come from; if we want just rulers, let us strive to be just ourselves. And the ultimate justice is being dutiful to Allāh, and living according to how He decreed we should live.

“Indeed, Allāh will not change the condition of a people until they change what is in themselves.”[2]

If we are truly sincere in our desire to help our brothers and sisters in need around the world and see the status of the Ummah rise, we must take heed of Allah’s words and realise that we, as individuals, are very much part of the problem and can be very much part of the solution. Whatever our level of religious practice is, we all have faults and all need to work on ourselves. Striving to rectify our situations, or jihād, comes in many forms but begins with the basics of praying 5 times a day and abstaining from major sin, such as consuming alcohol, earning interest, back-biting, etc.

Every time we are faced with a decision about whether to commit a particular act and we know it is displeasing to Allāh, let us remember that we are not only harming our own Hereafter, but also adding to the suffering of others in this world. Perhaps one may be comfortable being heedless over their own affairs, but will at least think twice when it comes to others and that which they see with their own eyes today.

Amongst the simple acts we can do, and should all do, for our sakes and for the betterment of the Ummah are:

I ask Allāh to protect us all from oppression; from being subject to it or from contributing towards it by our own shortcomings. Amīn.