#STAND4UYGHURS
Home / Featured / The Status of the Heart 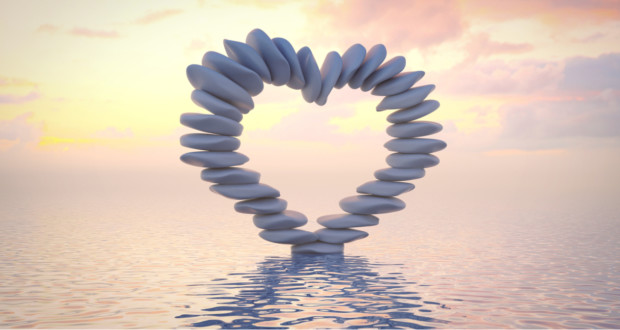 The Status of the Heart

A person is affected by those he chooses to mix with, that which he looks at and listens to, and even the things he smells and eats; for example, eating halāl could benefit a person’s heart and conversely, eating harām could harm the heart. Even the language that a person uses has an impact.

When Imām Aḥmed b. Hanbal (raḥimahu Allāhu) saw his infant son ʿAbdullāh being breastfed by a captive woman, he quickly grabbed his son violently away from her and placed his fingers in his son’s mouth until the boy threw up the milk. Imām Aḥmed said: “I fear for him from this feed”. When ‘Abdullah became older, he would sometimes get afflicted with some undesirable effects, Imām Ahmed would say: “I fear it is from that feed you had from that woman”.

Notice how a single breastfeed can affect a person’s life even into their adulthood. How much will the effect therefore be if one constantly exposes their heart to prohibited matters such as looking at that which is harām, eating and drinking that which is harām, listening to the tools of the devils, and the list continues?

Some scholars even said that the ‘aql (intellect) is the light of the heart whilst vision is the light of the eyes. The above perpetrator would be extinguishing all light from their heart until eventually no goodness can be expected from it, like the Prophet (sallAllāhu ʿalayhi wasallam) said:

“Verily, when the servant commits a sin, a black spot appears upon his heart. If he abandons the sin, seeks forgiveness, and repents, then his heart will be polished. If he returns to the sin, the blackness will be increased until it overcomes his heart. It is the covering that Allāh has mentioned (in the Qur’ān):

Let us consider the hadīth mentioned in the introductory first part of this series, and uncover the treasure trove of lessons lying beneath the text, by reflecting over some of the sayings of our great scholars on the subject. The following hadīth:

tells us that when the heart is filled with piety and reverent submission to God, the outward acts of the limbs will reflect such piety in terms of what they listen to, what they look at and what they do. Conversely, if the heart harbours impiety, malice, spite, jealousy and an inordinate love of materialism, that too will be reflected in deeds of defiance and disobedience to God; or injustice and oppression to our fellow man.

Ibn Rajab al-Hanbalī (raḥimahu Allāhu) summarised this eloquently in his explanation of the above hadīth, saying:

“If the heart makes īmān a reality, then the limbs proceed to the actions of Islām. The righteousness of a slave and his limbs abstaining from sins is directly proportional to the status of the heart. If the heart does not contain anything other than the love of Allāh and what Allāh loves, and the fear of Allāh and fear of falling into something that Allāh dislikes, then the result is, naturally, the actions of the limbs will also be righteous.

Contrary to this, if the heart is corrupt and it has been engulfed by following its desires, running after everything that it loves, even if Allāh hates it, then all of the actions of the limbs will be corrupt. The limbs will be directed towards sinning and making their lord their desires.”

“Every person has an inner hidden affair and an outer public affair.

Whoever rectifies their inner affairs, Allāh will rectify their outer affairs.

And whosoever corrupts their inner affairs, Allāh will corrupt their out affairs.”

How true, for ‘Ali b. Abī Tālib (radi Allāhu ‘anhu) presents us with a similar understanding:

“Never would one conceal a secret matter, but Allāh will expose it by the look on his face and the uncontrolled words of his tongue.”

No matter how hard a corrupt person tries to present a facade of piety, or vice versa, their outer actions are always calibrated to match the deep inner state of the heart. Such is the case with both righteousness and evil.

This is why when a heart-softening reminder, or the Qur’ān, is heard by a group of people, it has a major effect on one person, whilst another is not moved in the slightest. This is like rain falling onto a land of which some parts grow lavish plants and fruits whilst other areas remain solid and unpenetrated. It all falls back to the state of the heart. A sound heart which has been protected and frequently serviced, will absorb this reminder and instantly affect that person’s demeanour which then further manifests in a visible increase and improvement in their acts of worship.

Never has a nation produced righteous men and women like the ummah of Islām. Our rich history continues to give us examples and case studies of some of the finest individuals who turned towards Allāh due to a single verse of the Qur’ān or a reminder that instantly pierced their heart.

The heart is the single most important organ that a believer needs to pay careful attention to, nurture and develop. Yet we often find the polar opposite, with many hearts being so neglected and uncultivated that there is a severe malnourishment of light in such a person’s heart.

Al-Hasan Al-Basrī (raḥimahu Allāhu) used to frequently host a gathering in his house where they would only discuss matters that soften the heart; monasticism, worship and actions of the heart. It would bother him so much when someone would ask about a different matter during this blessed circle that he would become disturbed and say:

“Remedy your heart, for Allāh’s desire for man is the soundness of his heart.”

This is in conformity with what our beloved Prophet (sallAllāhu ʿalayhi wasallam) advised:

“Verily, Allah does not look at your appearance or wealth, but rather He looks at your hearts and actions.” [5]

Therefore, a person must not become heedless during the busy hours of the day and the busy days of his life, allowing the years to pass by without giving much attention to the heart. No worldly matter, not even circles of knowledge or giving da’wah, are worth neglecting this vital organ over, which acts as a lantern for your īmān and as a compass in this journey towards Allāh and the eternal home of the hereafter.

As ʿAbdullāh ʿAzzam would say:

“The heart is the machine that drives all acts of worship, it is what moves the entire body. As long as the heart is alive, then the limbs will be alive, and the soul will open itself up to worship. However, if the heart becomes diseased, then worship will become heavy on the soul, leading it to eventually disliking and hating it – and we seek refuge with Allāh from this.”

We conclude this part by remembering that Allāh (subḥānahu wa taʿālā) informed us that we will be asked about everything that we expose our hearts to:

“…ears, eyes, and heart, you will be questioned about all these.”[6]

In the next part, we will discuss the vital matters which purify the heart, inshā’Allāh.

[1] At-Tirmidhī, on the authority of Abū Hurayrah

[5] Muslim on the authority of Abū Hurayrah

Previous: Rejoice at Your Calamities
Next: MEND co-hosts fringe event at Labour Party Conference: ‘Media Manipulation of Minorities and Other Press Abuses’

Dr Abdelrahman Elashry (BDS) is a dentist by profession. Having graduated from Cardiff University, he is now pursuing a Masters degree (MSc) in Restorative Dentistry at UCL in London. He is currently studying Sharī'ah at the Tafsir Academy, with a special interest in Quranic studies and Tafsir.