“Save yourselves and your families from a fire” 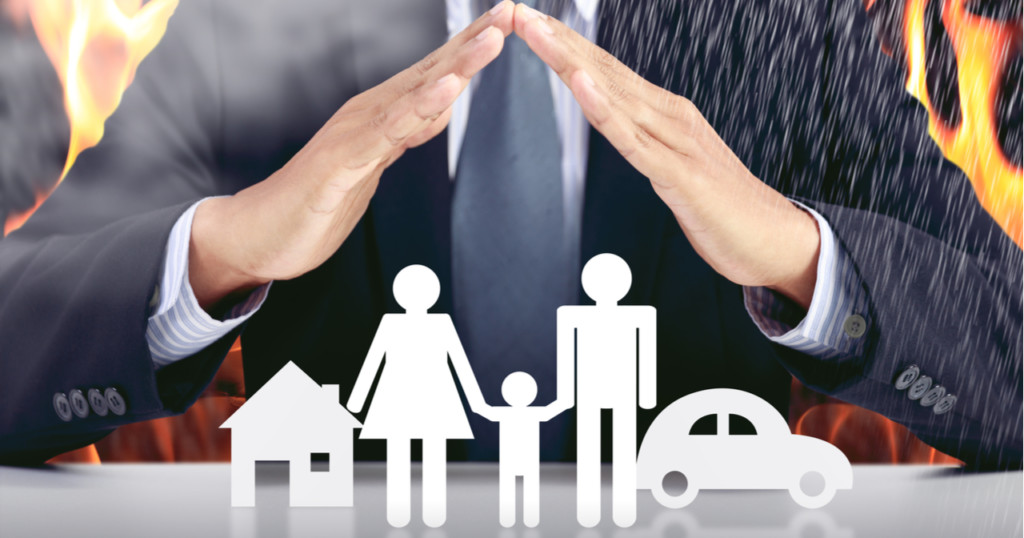 In these next two verses, Allāh (subḥānahu wa taʿālā) continues to reprimand the wives of the Prophet (sall Allāhu ʿalayhi wa sallam) before giving a stark warning to all of the believers.

“Perhaps his Lord, if he divorced you all, would give him in your place better wives than yourselves, submitting, believing, devoutly obedient, repentant, worshipping and inclined to fasting; be they previously married or virgins.”

Lesson 11: Qualities of a perfect spouse

Allāh (subḥānahu wa taʿālā) uses the context of this Sūrah as an opportunity to advise all wives of the Prophet (sall Allāhu ʿalayhi wa sallam), warning them that if they are not obedient and loyal towards him, they will be replaced with wives that are better, the attributes of which are then described:

They will be better Muslimahs and better in their Īmān (Mu’mināt).

A Muslim is somebody who submits himself to Allāh (subḥānahu wa taʿālā), whereas a Mu’min is somebody who has complete faith in Him. Thus, being a better Muslim will manifest in our actions – in our mindfulness towards the obligations of a Muslim – such as Ṣalāh, Zakāh, and in other voluntary actions, such as our keenness to fast and spend in charity. A better Mu’min is someone who is stronger in their īmān in Allāh (subḥānahu wa taʿālā), the angels, His revealed books and His messengers, the Day of Reckoning, and everything He decrees.

They will be better in ‘Qunūt’.

They will be better in their Tawbah (repentance), meaning they are quick to do it and do so with sincerity.

They will be better in their worship and will worship Allāh (subḥānahu wa taʿālā) a lot.

Quite literally, ‘Sā’ihāt’ describes women who fast more frequently. However, Allāh (subḥānahu wa taʿālā) already stated that they will be better in worship, so why does he highlight fasting in particular? This manifests as a sign of a better wife (or husband) because when we fast, our desires diminish. Hence, those who fast more will have greater control over their worldly desires and material temptations.

When Allāh (subḥānahu wa taʿālā) describes the qualities of the perfect spouse, he primarily refers to worship-based attributes and does not mention other Islamic personality traits, such as patience and good manners, because these are manifestations of the devotional attributes which He has listed for us.

Finally, Allāh (subḥānahu wa taʿālā) gives two categories of women who can possess these qualities: Thayyibāt (previously married) and Abkārā (virgins). In other words: anyone. Perhaps, it is one of the most important lessons we need to hear. There is sometimes a social stigma attached to marrying divorced or widowed women in many cultures. Yet, other than ʿĀ’ishah, the Prophet (sall Allāhu ʿalayhi wa sallam), who was the best of men to walk on this Earth, married only widowed or divorced women. So, who are we to reject women today based purely on the fact that they were previously married? Even in this Āyah, Allāh (subḥānahu wa taʿālā) mentions the previously married before mentioning the virgins.

To conclude, although this Āyah was a warning to the Mothers of the Believers, it is actually a means of honouring them, by revealing that they truly were the best of their time. Had they not been, Allāh (subḥānahu wa taʿālā) would have replaced them with better wives, and of course, this never happened.

“O, believers! Save yourselves and your families from a fire, whose fuel is men and stones; upon it are fierce and mighty angels who never disobey Allāh’s command and who promptly do what they are commanded to do.”

Lesson 12: Save yourself from the fire

Allāh is ordering us to save ourselves from the fire with the words “save yourselves” by making a barrier of protection between yourself and the fire, as Ibn ʿAtiyyah mentions in his commentary. Zamakhshari explains this further, by saying that we should protect ourselves by showing obedience to Allāh (subḥānahu wa taʿālā) and staying away from His disobedience.

Lesson 13: Save your families from the fire

As Ibn ʿAtiyyah advised, “Save your family through advice, counsel and encouragement of showing obedience towards Allāh”. This instruction is primarily aimed at the husband as the leader of the household, and then to the wife since the Prophet (sall Allāhu ʿalayhi wa sallam) said:

On the day of judgement, man will be questioned with regards to his family, and whether he had encouraged them to fulfil their obligations to Allāh (subḥānahu wa taʿālā). Despite all the duties of a parent, Allāh (subḥānahu wa taʿālā) mentions no other responsibility towards their children except saving them from the fire. A practical tip is to ensure that we, firstly, meet our own obligations, allowing us to lead by example. Thereafter, we can hold our families to account to the same standard we set for ourselves.

A summary of action points we can thus derive are the following:

This message is amplified further as Allāh (subḥānahu wa taʿālā) goes on to describe the fire, which instils a sense of fear.

According to Ibn ʿAbbās, this is the most intense fire in Jahannam, which causes distress knowing that it is fuelled by the flesh and bones of human beings and stones. If this description wasn’t enough, Allāh (subḥānahu wa taʿālā) then goes on to describe the torturers:

As humans, we may see someone in pain and out of our inward compassion, offer some form of help or assistance. This inward feeling is absent in these angels: as Ibn ʿAtiyyah described, “Ghilāẓ refers to their hearts being insensitive and harsh”, so as they inflict pain, they are left feeling unnerved.

One would question: if they never disobey Allāh (subḥānahu wa taʿālā), wouldn’t that by default imply that they would carry out what they are ordered? As Zamakhshari explains, the first part means that they wholeheartedly accept the orders and fully intend to carry them out, whilst the second means that they go ahead and fulfil their intention. There is a subtle meaning here that amplifies the nature of these angels:

In conclusion, the description of the fire, that follows the command to save our children from it, shows that Allāh (subḥānahu wa taʿālā) emphasises parents to have a serious responsibility with regards to their children, and that the raising of our children needs to be built on a firm resolve to save them from the fire.

May Allāh (subḥānahu wa taʿālā) protect us all and guide us to indeed protect ourselves and our children. Āmīn.