Are you ready for our first ever NATIONAL CAMPAIGN?
Home / Featured / Secrets Between Spouses 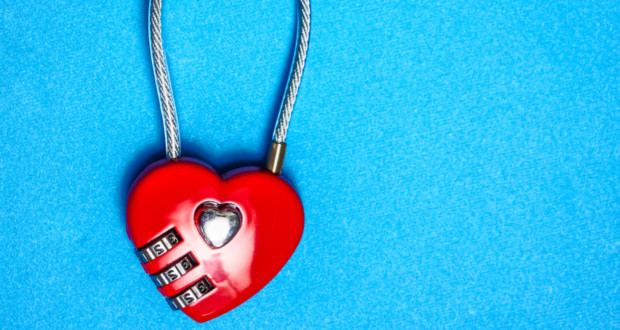 Following on from the first part where we studied the background of Sūrah al-Tahrīm, as well its first verse, we now continue onto the next Āyah.

“Allāh has already ordained for you [Muslims] the [method of] dissolution of your oaths. Allāh is your protector, and He is the Knowing, the Wise.”

It is implied in this verse for the Prophet (sall Allāhu ʿalayhi wa sallam) to go ahead and break the oath mentioned in the last article. Some scholars agree that the Prophet (sall Allāhu ‘alayhi wasallam) did not have to expiate, as Allāh (subḥānahu wa taʿālā) had already forgiven him, but this was just a lesson for the believers.

The addressee of this verse changes from that which preceded it; Allāh (subḥānahu wa taʿālā) changes from speaking directly to the Prophet (sall Allāhu ʿalayhi wa sallam) in the first verse to speaking to all of us as believers. After advising the believers that expiation for breaking an oath is obligatory, further instruction is given in Sūrah al-Baqarah.

In situations where an oath is made which is not a command from Allāh (subḥānahu wa taʿālā), it is acceptable to break the oath and offer an expiation. Allāh (subḥānahu wa taʿālā) says, “Do not use the name of God as an obstacle towards piety, mindfulness and reconciliation of people.” [1] Therefore, if your oath is an obstacle to good deeds, it must be broken and expiated for immediately.

The expiation for going back on your oath (kafāra al-yamīn) is then explained further in the same verse of Sūrah al-Mā’idah. These are one of the following:

Whoever does not have the means to do any of these should fast for three days instead.

Lesson 3: Give solutions, not just criticism

After Allāh (subḥānahu wa taʿālā) reprimands the Prophet (sall Allāhu ʿalayhi wa sallam) for making this oath to please his wives (raḍiy Allāhu ʿanhumā), He provides him with a solution: break the oath. Using this parallel, we understand that whenever we give criticism, we too should provide solutions.

Lesson 4: Have faith in Allāh’s plan

‘Mawlākum’ (your protective friend/master) is the term used by Allāh (subḥānahu wa taʿālā) to describe Himself in this verse; derived from the word Walī (guardian) and linked to Nāsir (helper). This demonstrates to us that He is not just there to set out rules and prohibitions, but rather He cares about us as believers and hence, we should trust Him in all of our affairs. He is the All-Knowing, All-Wise, so His advice to us is better than what we perceive to be best for ourselves and our families. SubhānAllāh.

“And [remember] when the Prophet confided, to one of his wives, a statement; and when she informed [another] of it and Allāh showed it to him, he made known part of it and ignored part. And when he informed her about it, she said, ‘Who told you this?’ He said, ‘I was informed by the Knowing, the Acquainted.’”

What was the matter that was confided? As previously discussed, the majority of scholars hold the opinion that refers to he (sall Allāhu ‘alayhi wasallam) saying, “do not tell anyone [that I have made the honey drink harām on myself]”. A further opinion suggests that it refers to the foretelling that Abu Bakr and ‘Umar (raḍiy Allāhu ʿanhumā) would be the imāms of the ummah.

Allāh (subḥānahu wa taʿālā) says that He informed the Prophet (sall Allāhu ʿalayhi wa sallam) that his secret had been revealed, but the word He used was iẓhār, which means not just to inform, but to also empower with knowledge.

Lesson 5: Communication is key to a happy marriage

This verse teaches us how two aspects of communication are key to a happy marriage.

The first one is Taghāful: To intentionally overlook or ignore something whilst being fully aware of the matter, but doing so out of nobility and rising above lowly, petty matters.

As Sufyān Al-Thawri mentioned, “Taghāful will forever be a trait of the noble people”.

It is said that the Prophet (sall Allāhu ʿalayhi wa sallam) confronted Ḥafsah (raḍiy Allāhu ʿanhā) about a part of the issue but overlooked a part of it due to his nobility, shyness, and good character towards his family. The beauty of displaying this characteristic lies in the fact that the person who has wronged you is well aware that you are choosing to overlook their mistake and this, in turn, makes them grow fonder towards you. Al-Hasan al-Basrī would say “an honourable person never tries to claim every single one of his rights”, and that “part of a happy marriage is your ability in being easy-going.” Moreover, Imām b. Hanbal mentioned that “nine-tenths of all good manners culminate in al–taghāful.”

The second aspect of communication is discussing your problems.

Although the Prophet (sall Allāhu ʿalayhi wa sallam) overlooked part of the matter, he still made known that which was necessary. It could be said that couples who never speak about their problems in marriage are like taps that drip into a bath: one day a drop causes the bath to flood, and emotions to spill. Therefore, even though it is important not to chase after each other’s mistakes, this Āyah teaches us that issues worth mentioning should not be left to build up before they are addressed.

Furthermore, in this Āyah, there is wisdom in the Prophet (sall Allāhu ʿalayhi wa sallam) finding out through Allāh (subḥānahu wa taʿālā) and not from ‘Ā’ishah (raḍiy Allāhu ʿanhā). Ḥafsah immediately thought it was ʿĀ’ishah who told him but could not believe she would do such a thing. She asked, “So who told you exactly?”

When the Prophet (sall Allāhu ʿalayhi wa sallam) said that it was Allāh (subḥānahu wa taʿālā), she fell silent and remorseful. The consequence of divulging a secret is the breakdown of trust and the worst breach of trust before Allāh (subḥānahu wa taʿālā) on the Day of Judgement is when a husband and a wife are intimate with each other, and then one divulges their secrets to others.

In this regard, the Prophet (sall Allāhu ʿalayhi wa sallam) said:

“Among the worst of people in status on the Day of Judgement, in the sight of Allāh (subḥānahu wa taʿālā), is that man who goes to his wife and she goes to him [to engage in intimate relations], then he divulges her secrets [i.e. a description of his spouse and the details of what transpires].” [3]

This verse hides Ḥafsah‘s identity (raḍiy Allāhu ʿanhā) by saying “one of his wives”. The wisdom behind keeping her anonymous is that it does not detract us from learning the lesson by, instead, focusing on who made the mistake. Moreover, we learn the etiquette of advising someone and that is to do so in private. Al-Fuḍayl b. ʿIyāḍ used to say, “The believer veils (the other’s wrong action) and gives sincere good counsel. The wicked person rends open (the veil concealing a fault or wrong action) and reproaches him.” [4] We must realise that correcting someone in an incorrect manner can cause them to become defensive, resulting in persistence in the behaviour, and, ultimately, leaving ourselves to blame.

The verse ends by Allāh (subḥānahu wa taʿālā) saying he is al-ʿAlīm, al-Khabīr. Al-‘Alīm means that He has general knowledge of everything, and al-Khabīr refers to the fact that Allāh has knowledge of all the finer details in every matter. [5]

Also read: How to give advice without causing offence

If you two [Ḥafsah and ‘Ā’ishah] repent to Allāh, [it is best], for your hearts have deviated. But if you cooperate against him – then indeed Allāh is his protector, and Gabriel and the righteous of the believers; and the angels, moreover, are [his] assistants.

Lesson 7: Be active in speaking out against gossip

The addressee changes yet again; the previous Āyah spoke about the wives of the Prophet (sall Allāhu ʿalayhi wa sallam) in the third person, whilst now, Allāh (subḥānahu wa taʿālā) is speaking directly to the wives themselves, for the purpose of giving the reprimand a greater impact. Allāh (subḥānahu wa taʿālā) tells the wives (raḍiy Allāhu ʿanhumā ) that they need to make tawbah (sincere repentenace) because their ghayrah (protective jealousy) caused them to behave in a manner that resulted in the Prophet (sall Allāhu ʿalayhi wa sallam) making forbidden upon himself that which was permissible.

It is interesting to note that although it was Ḥafsah (raḍiy Allāhu ʿanhā) who divulged the secret, both are required to make tawbah due to the fact that ‘Ā’ishah did not correct Ḥafsah in her conduct (raḍiy Allāhu ʿanhumā); rather she participated and encouraged it. ʿĀ’ishah (raḍiy Allāhu ʿanhā) should have reminded and advised Ḥafsah (raḍiy Allāhu ʿanhā) for wanting to divulge a secret which she had been entrusted with by none other than the Messenger of Allāh (sall Allāhu ʿalayhi wa sallam). This serves as a reminder for us too, as believers, to not remain passive in the face of gossip and disclosure of secrets; it may not be enough to simply inwardly disapprove or disagree with what is being said. Rather, we should be active in speaking out and discouraging it, lest we too become sinful.

In the next part, we will extract some further important lessons from the verses.

Based on a course by Ustadh Asim Khan.

Previous: Handshakes could be banned under new “no physical contact” rule in the workplace
Next: US forces and their allies have killed more civilians than the Taliban in early 2019

About The Tafsir Dars