Analysing the Authority of Orthodoxy 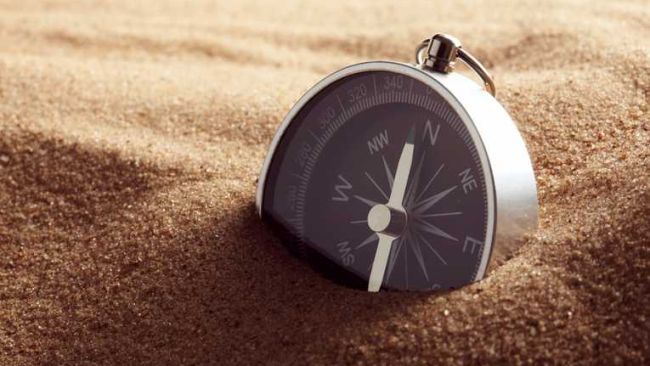 In this short series, we attempt to elucidate what is meant by Islamic ‘orthodox’ understanding, a concept popularly criticised in the contemporary age in preference of ‘modernism’ and ‘progressive’ ideology that fits with today’s prevalent dogmas. It then outlines the authority of the oldest understanding of Islām, espoused by the companions and the first few generations in particular. In the previous article we provided an introduction and definitions of terminology such as Salaf among other key concepts to our discussion.

‘Fahm al-Salaf’ – The Understanding of the Salaf

To proceed, what is meant by the term ‘Fahm al-Salaf‘ or ‘the understanding of the Salaf‘? How can we classify a particular opinion on an Islamic matter as being the opinion of the Salaf? Furthermore, what is the nature of this ‘orthodox understanding’ which the scholars of the past (like Imām Ahmad b. Hanbal rahimahullāh) promoted even in the face of persecution?

It is in reference to those matters which the companions unanimously agreed upon (a consensus) or their Jumhūr (majority) agreed upon or when an individual opinion from the Salaf spreads and no dissenting voice exists to the contrary. Therefore this ‘understanding of the Salaf‘ which our scholars promote does not refer to individual Ijtihādi opinions of the companions in respect to certain Fiqhi (matters of jurisprudence) rulings or individual Ijtihādi opinions relating to Tafsīr, for example. These can be classified as opinions of some of the Salaf and not the opinion of the Salaf.

Ibn Taymiyya said, when he was asked what one should believe about the Qur’ān:

“What one must believe as per the Qur’ān and everything else is in accordance to that which was mentioned in the Qur’ān and the Sunnah of the Prophet (peace and blessings be upon him) and what the Salaf agreed upon.”[1]

In fact, he also says,

“As for the individual opinions of the companions, if it becomes famous and is not refuted during their time, then according to the majority of the scholars, such an opinion is a Hujja (authoritative proof).”

Now that we have an idea as to what is meant by ‘the understanding of the Salaf’ we pose the million dollar question:

Let us first agree that ‘Ikhltilāf‘ or differences of opinions is a ‘Sunnah Kawniyyah’, a universal law that has taken place and will continue to take place until the end of time. Sometimes this difference of opinion is acceptable and other times, it may drive a person to the fire. One of the chief reasons why people differ and thus go astray is due to the different understandings of a text. Imam Ibn al-Qayyim said,

“What was it that caused the Qadariiya[2], the Murji’ah[3], the Khawārij[4], the Mu’tazilah[5], the Jahmiyyah[6], the Rawāfid[7] and the rest of the deviant sects to deviate other than the misunderstanding of what was intended by Allāh and His messenger?”[8]

So the issue is not always related to whether you have textual evidence, a ‘Dalīl‘ or not, but many a times, the issue culminates in the misunderstanding of that Dalīl.

But the question still stands: Why should we lend this level of authority to the Salaf? There are several features that were exclusive to them, including the following.

1 – The way in which they received the Dīn

“They took from the Prophet (peace and blessings be upon him) Islām directly and took its rulings visually without a middle man between them and the Prophet and without an ambassador.”[9]

They then internalised these teachings with the same purity in which they were revealed without any creedal deviances touching them in the least, for the majority of these deviant ideas only appeared afterwards. And even when the slightest opportunity for deviance would arise, the Prophet (peace and blessings be upon him) would personally set things straight. Thus when he saw in the hands of ‘Umar scrolls from the Torah, he said to him,

In fact, the companions themselves, like Ibn ‘Abbās would say,

“How can you ask them about things when the book of Allāh, which is the latest divine communication, is with you?!”[11]

So, they witnessed the revelation as it was revealed on a first hand basis and received it in the purest of ways, at a time when the Greek books of Hellenistic philosophy were yet to be translated, the books which later complicated what were originally simple matters causing nothing but confusion, doubt and hesitancy.

2 – Their Enthusiasm for Knowledge

Their zeal to learn was unparalleled. Ibn Mas’ūd says,

This relentless insistence to learn was not limited to the companions but the Tābi’īn enjoyed it as well. Mujāhid says,

“I recited the Qur’ān upon Ibn ‘Abbās three times, from al-Fātiha until the end, and I would stop him at each verse and ask him about it.”[13]

The Prophet (peace and blessings be upon him) said,

“There was no Prophet whom Allāh had sent in the past except that he had companions and disciples who applied the Sunnah of their Prophet and obeyed his commands. Then after them would come a people who would say what they do not apply and apply what they were not commanded to apply.”[14]

Abī ‘Abd al-Rahmān al-Sulami, who was from the most prominent Tābi’īn, exemplifies this meaning in his statement:

“Those who used to teach us the Qur’ān (the companions) would tell us: When we used to learn the Qur’ān from the Prophet (peace and blessings be upon him), we would learn just ten verses at a time, not going beyond them until we had applied them completely in our lives. And thus we learnt the Qur’ān and its application at the same time.”[15]

Above are just three reasons why such a huge amount of authority is to be levelled to the understanding of the ‘Salaf’, or why the orthodox understanding of Islām is most ‘correct’. In our forthcoming articles, we will develop this idea, outlining  other supports to this claim before going into some of the outcomes of this understanding.

[2] Their main belief was their denying of free-will, believing that actions are independent of Allāh’s divine decree

[3] Their main belief was that no person who attests to Islām will enter hellfire, regardless of one’s actions

[6] Alongside the Jabriyyah, this group were exponents of extreme determinism, believing that one is ‘forced’ by Allāh’s divine decree

[7] The extreme Shī’ite doctrine in its various forms

[10] Musnad Ahmad on the authority of Jābir

[14] Sahih Muslim on the authority of Ibn Mas’ūd